Ubisoft’s new Warlords of New York expansion takes Tom Clancy’s The Division 2 back to New York. While The Division (our doomsday saviors) was busy in Washington, D.C., in the main gameplay of The Division 2, the villains were running wild in post-pandemic New York, the scene of the original The Division. So now you have to take it back.

Warlords of New York has a narrative focused on a rogue agent, Aaron Keener, who was the villain of The Division. Keener has custody of a virologist who can make the virus — released via contaminated money on a Black Friday — even deadlier. You have to go after the scientist on Coney Island in episode 3 of The Division 2.

Then, in The Warlords of New York expansion, you have to go after Keener and his rogue agents, taking apart his strongholds one by one. In each sector of Lower Manhattan, you have a new agent to chase down. I went after an agent named Parnell, who was hidden in an area called The Tombs in the Civic Center. 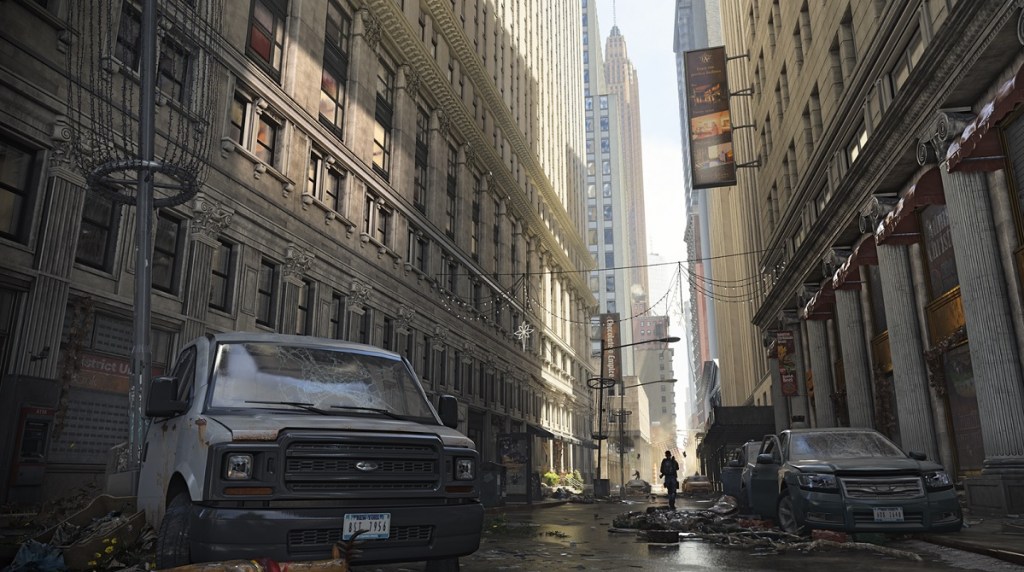 Above: The streets of Lower Manhattan are a lonely place in The Division 2.

The expansion includes overhauls to the core experience of The Division 2, particularly in the RPG, Dark Zone, and Endgame mechanics. The new level cap is 40, and the new progression system is now infinite. You can unlock new tactical options. Altogether you can play in four new areas in New York.

Plenty of content is coming. On February 12 (for Year 1 holders, or those who paid for premium stuff), episode 3 of The Division 2 arrives with a battle on Coney Island. It comes on February 19 for everybody else.

Then the $30 Warlords of New York expansion comes out on March 3 on the Xbox One, PlayStation 4, and the Windows PC; it hits Google Stadia sometime in March. At a recent preview event in San Francisco, I spoke about the expansion with Cloé Hammoud, world content director at Ubisoft’s Massive Entertainment studio. Here’s an edited transcript of our interview. 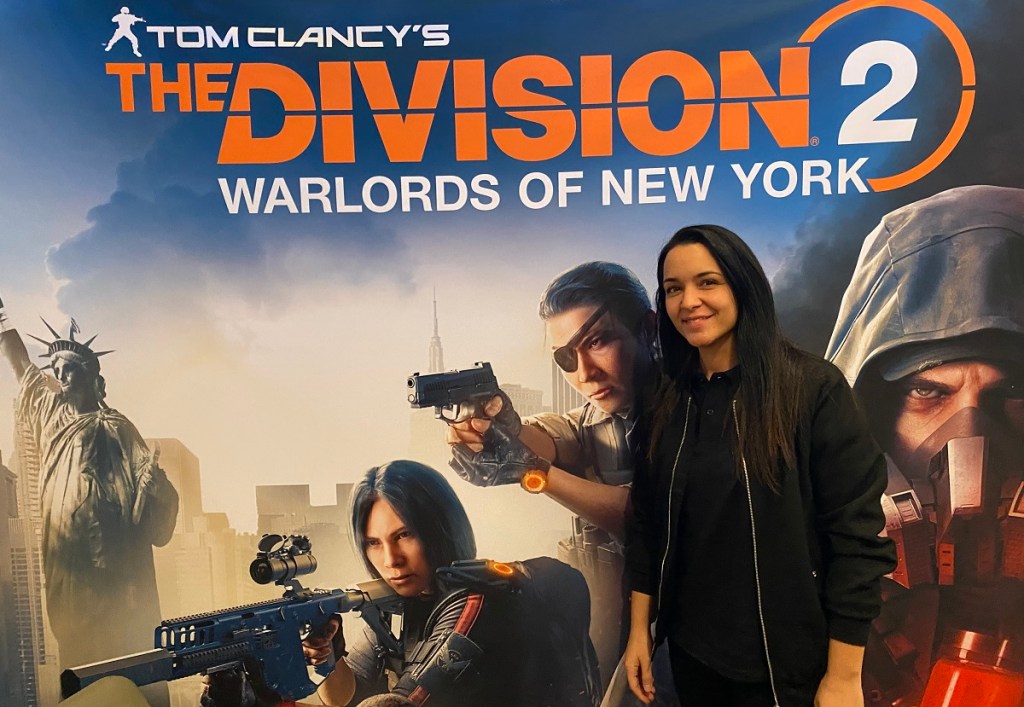 Above: Cloe Hammoud is the world content manager at Ubisoft’s Massive Entertainment.

GamesBeat: What were you in charge of on The Division 2’s narrative?

Chloe Hammoud: I’ve been working on the expansion, Warlords of New York. I’m doing world-building and the overall game content in terms of narrative, logic, the state of the world.

GamesBeat: So that expansion includes what we just played, plus all of the stuff that’s coming in March?

Hammoud: We’re working on the game with the team at Massive, plus working with Reflections, Leamington, and Annecy in France. It’s four studios altogether.

GamesBeat: Why did you pick Coney Island for Episode 3?

Hammoud: Coney Island is where we set Episode 3, the prologue of the expansion. It’s free content, but after the launch of The Division 2, we released different episodes, and for us it made sense to have this setup in Coney Island, where Aaron Keener has kidnapped Vitaly Tchernenko. You also have the Black Tusk, who have to fight to make sure you can have help from Vitaly to secure the cure for the virus.

GamesBeat: What do people need to catch up on to be current with the story in the expansion? What are the unanswered questions you’re addressing?

Hammoud: With Warlords of New York, it’s an opportunity for us to dig into the character of Aaron Keener, who’s a threat to the society the Division agent is trying to protect and rebuild. It’s also important for us to show that being a rogue agent isn’t black and white. He’s not necessarily evil, on the dark side. For us it’s important to show that there are many layers to these decisions.

It’s the same case with the factions. Initially they have good reasons for what they do, but they’re doing it in the wrong way. It’s a universe of different motives and emotions. It’s allowed us to tell many different stories and dig into different characters. Having these four rogue agents that have different motives, that made a lot of sense for us to explore.

GamesBeat: This doesn’t have anything to do with the coronavirus, does it?

Hammoud: [Laughs] It’s unfortunate timing, I would say. The Division and the fact that it’s the Tom Clancy brand — we’re dealing with a clear and present threat in the near future and exploring those types of themes. When I was working on The Division 2, we did a lot of research in Washington D.C. We met a lot of people like firefighters and police that gave us a lot of information regarding these types of events and how they would handle them, how they prepare themselves to handle potential issues.

GamesBeat: We still don’t know much about what happened eight months ago, do we? We’re still in that time frame, right?

Hammoud: Yes, it’s eight months after the release of the Green Poison outbreak. The world has changed. New York City has changed a lot. Lower Manhattan was quarantined. A hurricane struck the east coast and hit New York really harshly. It’s an opportunity for us to explore a world that’s been completely transformed, but use iconic locations and landmarks as we create a space for players to explore.

GamesBeat: I liked the stock exchange. It had the “Trading Post” sign up. That’s a humbling image for Wall Street.

Hammoud: We took a lot of different inspirations. We have a main mission inspired by real-world reference in the underground park. We like to take inspiration from real places and real events and then transform them. We use them in a way that makes logical sense in relation to the different factions, as well as the civilians who have a place in our world. We want to make the most of what we have there.

GamesBeat: When you’re developing the story for an expansion, how meaty does it have to be? It’s not The Division 3, but it’s an extension of the story.

Hammoud: It’s the closing of what we started in New York. It’s getting to know the motives of Aaron Keener and what he’s been through. He’s been through a lot, and there’s a reason why he turned rogue and decided to convert other agents to join his cause. It’s important to have this content for the players, so they can understand everything we’ve been trying to tell so far.

Above: Aaron Keener, aka Vanguard, leads rogue agents in Warlords of New York.

GamesBeat: With that focus on the characters, is that in some way a response to the feedback players have given you on the game so far?

Hammoud: I’d say we’ve learned a lot throughout our years working on The Division. It’s a mature game now in a lot of aspects. It’s a live game, so we’re always learning from community feedback. Not every game is perfect, but we try as much as we can to give a good experience to the players, to make sure we have accessible content. We’ve taken good care of the onboarding, the tutorialization. On those aspects, we’ve tried to refine the experience as much as we can.

GamesBeat: Parnell … what would you say about him?

Hammoud: He’s another one of the rogue agents that you have to track. He’s a drone expert. Each of the rogue agents has their own backstory and their own skills. They’re joining Keener, but he’s also using them, in a way. Every threat in the expansion tells us more about the motives of the rogue agents and what they’ve been through. I don’t want to spoil too much, but the collectibles we’ve scattered around the world will tell you more about his story, his link with Keener, and why he’s doing what he’s doing.

GamesBeat: I think that was Keener with him at the end, but he wasn’t being very helpful.

Hammoud: Yeah, you’re completely right. Parnell finds himself pretty lonely, even though he helped Keener. It shows that they’re in a relationship that’s not very fair. Each of the rogue agents has a specific relationship with Keener. 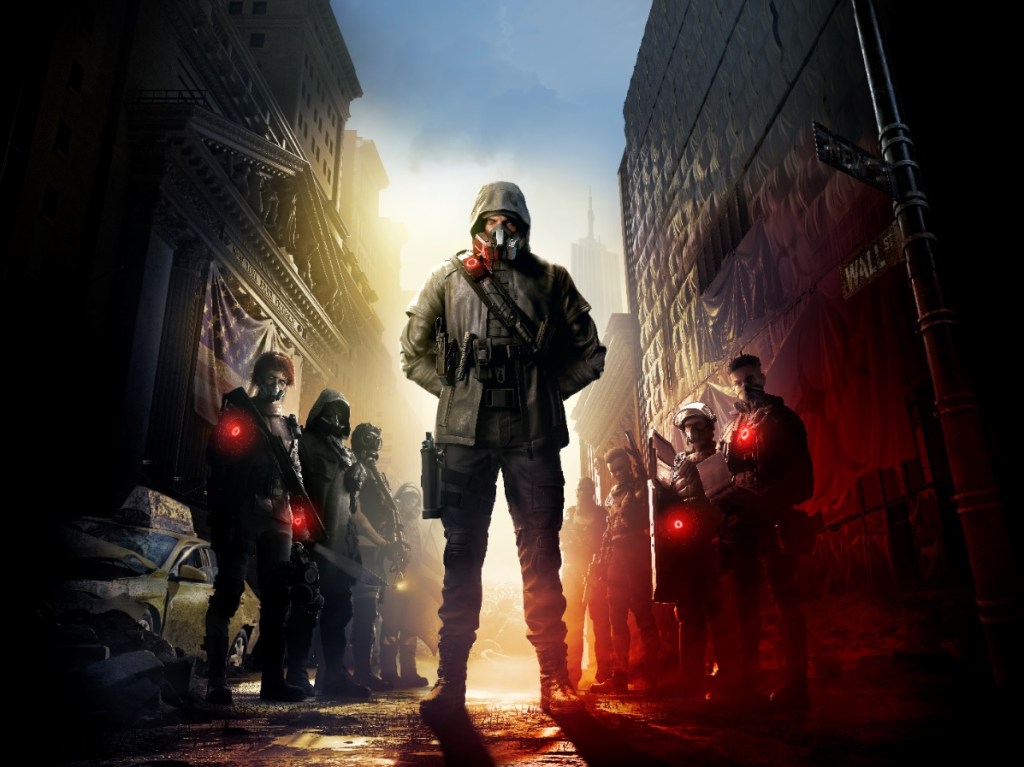 Above: You have to stop Aaron Keener from setting loose a new virus in Warlords of New York.

GamesBeat: In all of the different areas, then, are you taking on a different agent, hunting them down?

Hammoud: Right. But you’ll also have the open world to explore, which brings new activities and new challenges. We’re pushing for exploration. We worked on the theming of each of the main zones, from overgrowth to flooding. We’ve tried to make the locations memorable, transforming them in a way that hasn’t been done before.

GamesBeat: Is there anything in particular about The Division 2 that you think has gotten much better since launch? 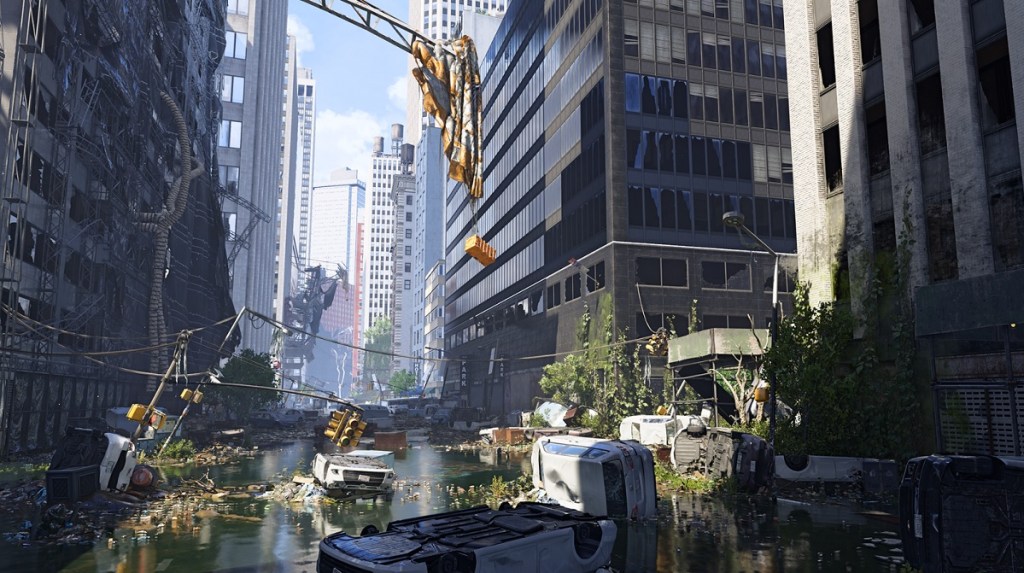 Above: New York is not in good shape eight months after a pandemic hit.

GamesBeat: The enemies didn’t seem quite so spongy this time to me, the bullet sponge problem.

GamesBeat: I assume you’re not done with Washington D.C., though?

Hammoud: We’ll be showing improvements to the game in both Washington and New York.