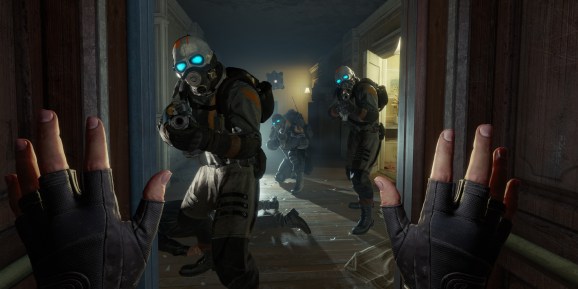 Half-Life: Alyx is bringing the series back ... and into VR.

Valve announced today that Half-Life: Alyx will launch for VR devices on PC on March 23.

Before this, we just knew that the game was coming out in March. Alyx marks the first new entry in the Half-Life series since Half-Life 2: Episode 2 released in 2007. This game is important not just because the U.S. has had three presidential elections since the last Half-Life, but also because Valve is entrusting and adating one of its most beloved franchises to this emerging technology.

But this is not a sequel. Alyx takes place between the events of Half-Life and Half-Life 2. It also stars Alyx Vance, who served as an ally in the Half-Life 2 games. Gordon Freeman usually stars as the hero and player character in Half-Life games. Should it succeed, it could show other studios how to adapt their top-flight IPs for VR as well, or create more interest in the tech (including Valve’s own Index headset).

Valve had backed away from creating single-player gaming experiences for years, instead focusing on multiplayer titles like Dota 2 and Artifact. That left Half-Life in stasis, even as frustrated fans begged for Half-Life 3.

Well, this isn’t Half-Life 3, but it is finally a new installment in the franchise.