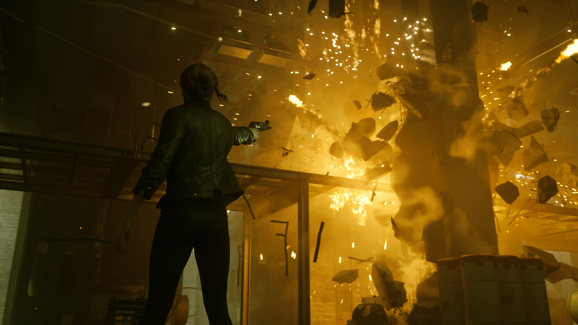 Remedy Entertainment revealed during an earnings report today that the developer is working on a live-service multiplayer game.

We don’t know much about this project, other than that it is being played internally at Remedy right now, so development has progressed a decent bit. It will also have “selected remedy features,” whatever that means. We should probably expect a third-person shooter, I guess.

This is just one of four projects that Remedy is working on. These four include DLC for Control, another unannounced game, and the single-player campaign for the upcoming multiplayer shooter CrossfireX.

Remedy had its first major hit in 2001 with the stylistic third-person shooter Max Payne. Since then, the developer has specialized in similar games, including its latest release, Control. That game came out last August for PlayStation 4, Xbox One, and PC. Control has been a critical hit, although we do not know how many copies it has sold.

A live service game could be a profitable endeavor, as these kind of experiences lend themselves to lucrative monetization strategies. But these kinds of games can also be difficult to create. In recent memory, two studios who usually focus on single-player experiences tried to create online live service games that became disappoints to fans and critics: BioWare with Anthem and Bethesda with Fallout 76.