U.K.-based Oxford VR hopes to lead the way in automated VR therapy in the future, and it just raised £10 million ($13.05 million) to help achieve that goal.

The company, which span out of Oxford University’s Department of Psychiatry in 2017, raised the money in a Series A round of funding led by Optum Ventures. According to a press release, the new funds will “enable Oxford VR to accelerate US expansion of its evidence-based and scalable automated VR therapy solution and to continue to expand its treatment pipeline.”

Oxford VR is looking to turn many of the proposed health benefits of VR into a reality in the coming years. The company started out with a clinical trial, testing VR’s capability to treat a fear of heights. Since those that trial, it’s expanded its offering to tackle areas like OCD and social anxiety, too.

The platform offers automated treatment aligned with clinical standards and protocol, creating simulated events that can trigger these issues and help sufferers confront them in a safe, controlled environment. You can see an example of the company’s work tackling a fear of heights in a patient below. 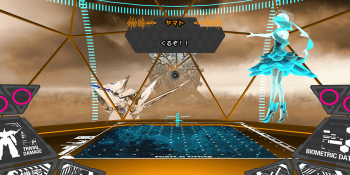