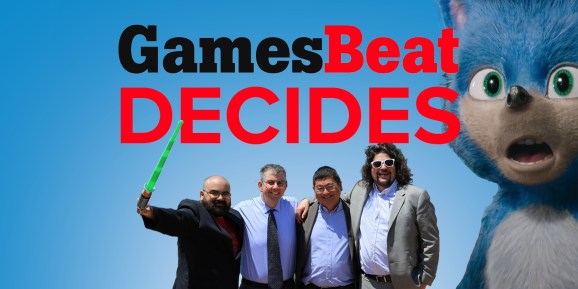 Sonic the Hedgehog is in theaters, and reviews editor Mike Minotti has seen it. Turns out it’s pretty good, even though it features an unfortunate fart joke. Mike and PC gaming editor Jeff Grubb talk about the new record-setting video game movie on this week’s episode of the GamesBeat Decides podcast. Join us, won’t you?

In the news, the GamesBeat Decides crew talks through the production costs of the PlayStation 5 and what it means for the next-gen system’s price. Over at Electronic Arts and BioWare, plans are brewing to reboot Anthem. Does that even make sense? Mike and Jeff then break down the latest monthly U.S. games sales report from The NPD Group.

Finally, Mike is continuing to work through Mega Man Zero. Jeff, meanwhile, is getting back into Dead Cells for the new content.