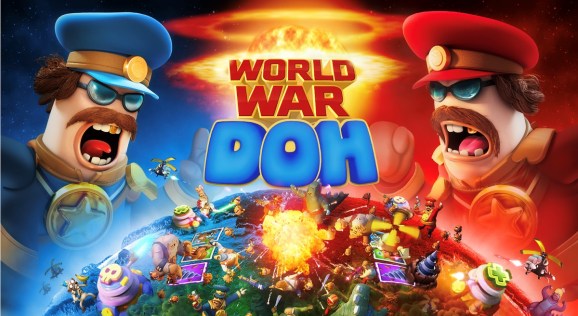 World War Doh is a mobile RTS made in Bogota.

And Culver City, California-based Jam City will host a champions tournament slated for the spring as the maker of casual games moves into a more hardcore gaming genre.

Set against the backdrop of the outlandish world of Planet Doh, World War Doh drops players in the middle of chaos as two maniacal brothers, hellbent on destroying each other, discover a biological substance that allows them to create armies from their warped imaginations.

World War Doh is the first mobile game launched by the company’s Bogota studio, previously named Brainz, since Jam City acquired it in 2018. The “midcore” game (which has hardcore roots but can be played in short game sessions) has been previewed and gotten a lot of attention. Alejandro Gonzalez and Jairo Nieto founded the studio and serve as co-general managers.

In a statement, they said they are excited to lead Jam City into the kind of midcore games that they, as gamers, have wanted to play for years.

Unique features of the game include the ability to take control of your hero by manually moving the soldier around the battlefield; emergent game strategies with multiple paths to victory; metagame mechanics related to victories; and the ability to sacrifice minions for the greater good.

You can use your victory points to choose from dozens of dances and skins. World War Doh is available for pre-registration on the App Store and Google Play now.