Nintendo is releasing a new color for its Switch Lite handheld console. The company announced the Coral Pink system that is launching March 20 in Japan a blog post today. It then confirmed separately on Twitter that it is launching the system in North America on April 3. Japanese fans can preorder this new Switch Lite variation beginning March 7 for 19,980 yen ($200).

This is the first additional color for the Switch Lite. The handheld-only model debuted in September with gray, yellow, and turquoise shades. Now, Nintendo is adding a splash of pink to brighten up those options.

Coral pink is important because its gives Animal Crossing fans another fun option to select from. For those who are purchasing a Switch to play the latest entry in social-life-simulator series, they can now go with a pink Lite or an Animal Crossing-themed $300 Switch.

Animal Crossing: New Horizons launches March 20 worldwide. So Japanese fans can pick up both the game and coral pink system on the same day. Fans in North America will have to wait a couple of weeks to go pink.

Animal Crossing has a wider appeal than even many of Nintendo’s other properties. And the company wants to offer more options for those fans to express themselves.

Chinese manufacturing is responsible for a significant chunk of Nintendo’s hardware production. And the ongoing outbreak of COVID-19 (also known as coronavirus) is disrupting those workers and plants.

The tragedy of COVID-19 is, first and foremost, the toll it is taking on human life. The virus has killed nearly 2,000 people, mostly in China. But as you’ve likely heard, China’s measures to protect public health are also having a knock-on effect on the economy. The country is having millions of people stay home from their jobs. Those include manufacturing workers at plants that creates a number of high-tech goods.

Nintendo has confirmed this is affecting the production of its Switch systems. And it reiterated the concern as a note on its Coral Pink Switch Lite announcement.

“As of February 18, the new [COVID-19] infection has affected the production and shipment of the Nintendo Switch for the Japanese domestic market,” reads Nintendo’s announcement. “And it has caused great inconvenience to customers.” 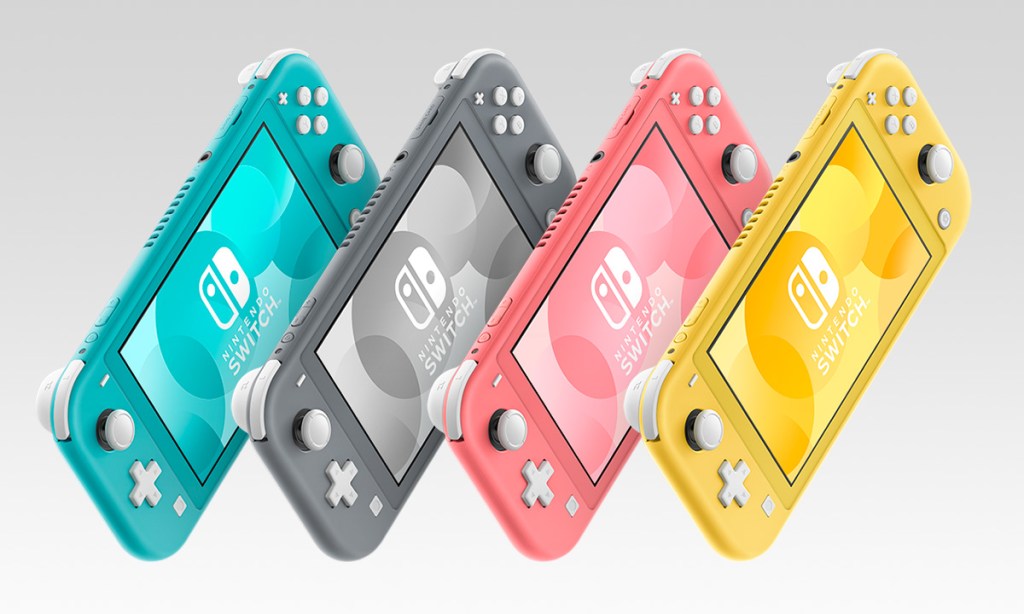 Above: Nintendo has enough Switch Lite stock to get through the end of the fiscal year.

But the company did confirm that it has enough systems to get it through the end of March.

This important because the company’s fiscal year ends March 31. It wants to ensure investors that it has enough hardware inventory to meet demand at least through that period.

In April or early May, the company will reveal its annual financial results. At that time, it will also have a chance to set new expectations for the next 12 months. And at that point, it can more readily adjust its sales outlook based on the effect of COVID-19.