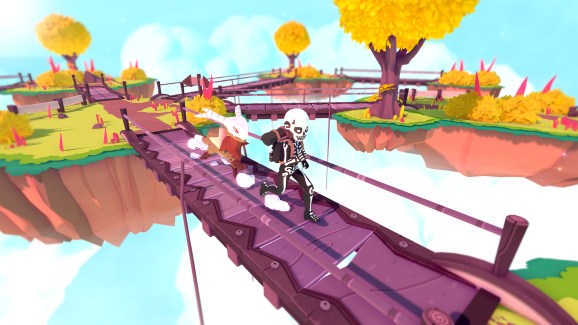 Temtem was one of the big new releases in January.

January was another packed month for new releases on Steam thanks to a global community of developers. And now Valve, which owns and operates the PC-gaming service, is highlighting some of those games.

Today, the company revealed the top 20 highest-grossing new games released on Steam in January as well as the five best-performing new free games. To put these charts together, the company measures revenue for each game over their first two weeks of sale. You can find all of the games on the Steam store, or you can check them out for yourself below:

One important takeaway from the list is the diversity of developers. Not many people will recognize every top new release. And few should. These games come from studios located all around the globe, and each of those teams are targeting different kinds of players, cultures, and gameplay and monetization models.

“In the past six months alone, top releases were developed in more than 30 different countries across six continents,” reads a blog post from the Steam team. “This diversity ensures that no matter where players live, it’s easy to find games with familiar language use, regional pop culture references, local themes and settings, and all sorts of other variety that simply wouldn’t exist if developers were all from one region.”

Most of January’s top new games, however, are from Asian countries. Eight are from Japan alone.

But this isn’t only about anime-related products appealing to the traditional Steam audience. Valve has grown the popularity with the service with global audiences. As a result, nearly half of January’s top new releases do not feature English as a text or dialogue option. That’s a significant shift for the platform.

“Not too long ago, including English support at launch was a requirement for success on Steam,” reads the Steam blog. “English-speakers are still a huge part of Steam’s audience, but the success of January’s top releases reinforces the fact that now, more than ever, Steam players come from all over the world and will support a huge variety of language options.”

Like everyone else, the folks at Valve are feeling nostalgic about another decade gone by. And that led the Steam team to look back at the state of the platform back in January 2010.

“Of these 11 games, only three of them would have charted on today’s Top 20,” reads the Steam blog.