Nintendo gave Animal Crossing fans a deep dive into the features and systems of the franchise’s upcoming Switch release, New Horizons. This presentation today included an interesting tidbit about recovering lost save files, specifically that you can actually do it. However, some bizarre restrictions apply.

New Horizons launches on March 20. This life sim is Nintendo’s biggest release for the part of the year. As in past Animal Crossing games, your save file is important. The experience is all about a persistent world that evolves through your effort and time.

Animal Crossing: New Horizons will not offer cloud saves. Instead, your file is tied to your Switch. And you can’t ever move it to another console. This is bad news for fans who want to play on multiple Switch systems. But it’s also scary. If something happens to your save file or the Switch that you’re playing on, you could lose many hours of progress.

Well, Nintendo reassured fans that, under extreme circumstances, players will be able to recover backed up saves from Nintendo’s servers. 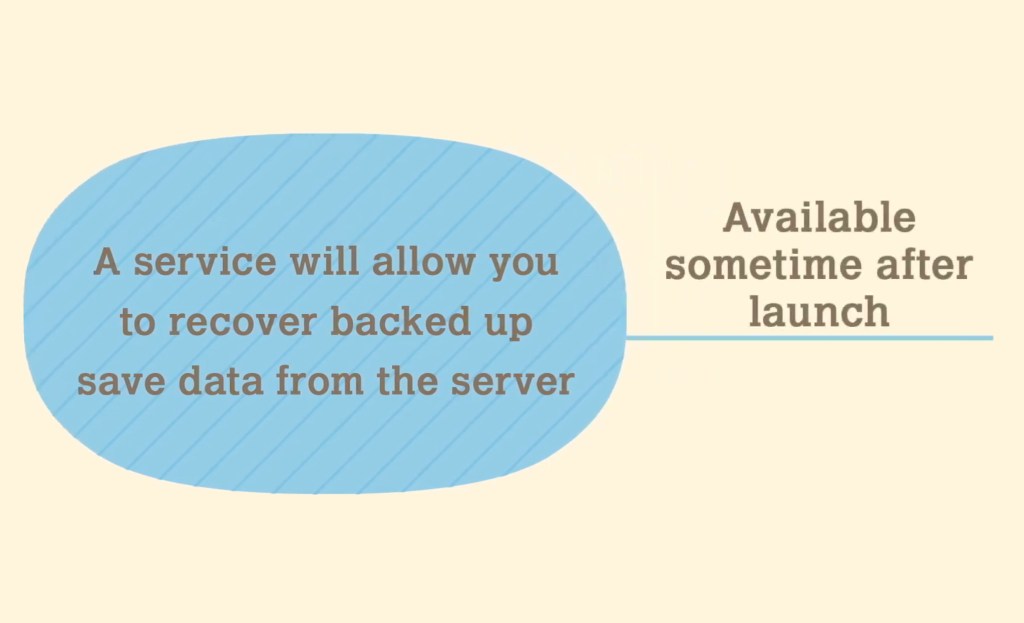 We don’t know how this works. The feature also won’t be ready for launch, so try to be careful and not drop your Switch until it is. According to some fine print, recovering saves will also only be available for Nintendo Switch Online subscribers, and you can only do it once.

You still won’t be able to transfer your save from your Switch to your Switch Lite though. Bummer.