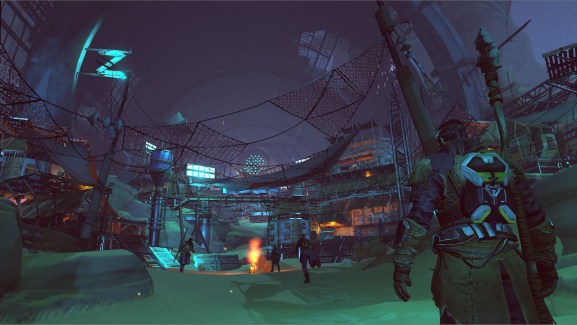 Enplex Games announced today that its upcoming sci-fi MMO Population Zero will launch on Steam Early Access on May 5.

Population Zero is an MMO that focuses on exploration and survival. It also stands out by having a win condition. Every seven days, life on the game’s planet, Kepler, becomes unlivable. Players need to build a haven that can survive the disaster. If they fail, players start over (although some progression will carry over to their new lives). So the experience also has a roguelike element to it, something that MMOs don’t often tinker with.

At first, Enplex planned for Population Zero to be a free-to-play game. It is now going to be a premium game that will cost $30. Usually MMOs go from being premium to free-to-play, and usually that happens after a game’s launch. So why is Population Zero making this switch in the reverse order before even entering Early Access?

The decision to change the monetization model from F2P to a one-time purchase has been made after a series of thorough discussions within the team and core community,” notes Enplex Games creative director Denis Pozdnyakov. “The shift to B2P (buy-to-play) will allow the studio to continue the work on the game without fears of ‘pay to win’, as well as allowing us to release new game content that really enhances the gameplay.”

Enplex is based in Moscow. The studio started in 2016 and employs over 50 people.