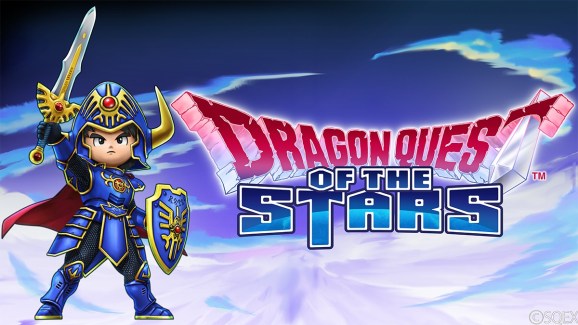 Dragon Quest of the Stars.

Square Enix has released Dragon Quest of the Stars for Android and iOS in territories outside of Japan, including North America and Europe.

Most Dragon Quest games on mobile are ports of older console releases. Dragon Quest of the Stars is a new adventure, and it features character customization and four-player cooperative play. Like traditional Dragon Quest games, you can walk around an over-world and fight monsters via turn-based battles. Of course, since it’s a free-to-play game, you can use money and in-game currency to buy equipment through a gacha store.

Mobile is an important business for Square Enix, as the publisher uses the platform as a way to port classic games and to release new free-to-play titles based on its hit franchises, like Dragon Quest and Final Fantasy.

The original Dragon Quest released back in 1986 for the Famicom in Japan. It came to the U.S. in 1989 as Dragon Warrior. The series had game many sequels and spinoffs, The latest, Dragon Quest XI, debuted in 2017. The franchise has sold over 80 million games across the world.

The franchise has also expanded into media outside of gaming, most notably with the Netflix animated movie Dragon Quest Your Story, which debuted outside of Japan this month (and GamesBeat managing editor Jason Wilson says is mostly fine until the ending, which feels like someone decided to drop some LSD at an inopportune time).