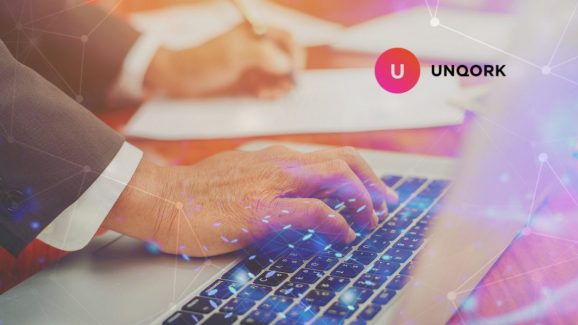 New York-based software company Unqork, which is developing a no-code platform for enterprise insurance and financial services, today announced that it has finalized its $131 million series B round led by Alphabet investment fund CapitalG. This extends its series B by $51 million and adds to the $81 million Unqork raised in October 2019. Funds and accounts under management by BlackRock participated, along with Aquiline Technology Growth and World Innovation Lab.

CEO Gary Hoberman said this latest round, which brings the three-year-old company’s total raised to over $160 million — following a $22 million series A in April led by Goldman Sachs — will allow it to further sales and marketing efforts and expand its engineering team, as well as supporting partnerships with Deloitte, EY, KPMG, Virtusa, and others. It will also accelerate the momentum of the past year, during which the company increased the size of its workforce by over 170 employees and saw a triple-digit uptick in revenue. And the funds will be used to grow the Unqork community through large-scale events, including No-code on Tour and Unqork Live, the company’s first-ever user conference, held in May in New York City.

“After spending over 20 years in enterprise IT leadership, I can tell you firsthand that the demands on technology leaders have never been more intense,” said Hoberman. “Unqork enables progressive enterprises to quickly create and manage the most sophisticated, industrial-strength software using entirely no-code, visual tools. IT leaders are reporting speeds to deploy value-creating technology over 100 times faster than traditional coding. This latest funding round provides us with the resources needed to continue empowering these organizations to scale their businesses.”

Unqork provides a cloud-hosted development platform with a drag-and-drop interface that enables customers like John Hancock, Goldman Sachs, Careerwise, Prudential, Manulife, Liberty Mutual, HSBC, Pacific Life, and Maimonides Medical Center to build apps quickly and cost-effectively. Its front end and back end — which can be deployed to single-tenant, cloud-agnostic environments like Amazon Web Services, Google Cloud Platform, and Microsoft’s Azure — collate rules, workflows, and databases to support a range of integrations and data operations and to pull in data directly from trusted sources for real-time use.

To date, Unqork’s insurance, financial, and real estate clients have deployed programs that digitize and check for errors in paper applications on the fly, and apps that handle common servicing tasks like beneficiary updates, claims notifications, dynamic contract structuring, document generation, and contractor outreach. Liberty Mutual, an early adopter, says it has made significant internal investments in the platform, training large teams of creators to build applications in Unqork.

“We can say firsthand that Unqork is changing the way the financial services industry thinks about enterprise technology and how it gets built,” said Goldman Sachs merchant banking VP Sarah Shenton. “Time and time, again we see the power of the Unqork platform turn skeptical IT leaders into true believers.”

Research and Markets anticipates the global low- and no-code market will grow from $2.34 billion in 2017 to $27.23 billion in 2022, and Unqork (along with sometime rival Tulip) appears to be riding the wave pretty successfully. Recurring revenue over the past 12 months stayed steady at a triple-digit rate, driven by what the company characterized as “significant” new customer acquisition and existing customer retention. Moreover, Unqork grew from 30 employees at the beginning of this year to over 300 today, and it recently moved into its fourth office in 18 months — this one off New York’s Union Square.

“No-code in the enterprise has gained massive traction, thanks largely to Unqork’s adoption at the most complex organizations,” said CapitalG general partner Laela Sturdy. “This round is further proof that Unqork has the product, team, and customer demand to continue to change the economics of enterprise IT.”