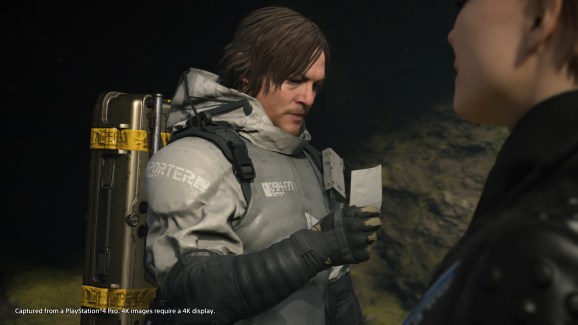 Publisher 505 Games announced today that Death Stranding is coming to PC on June 2.

Death Stranding debuted on PlayStation 4 on November 8. Sony published the console version. This PC release will be available on both Steam and Epic Games Store. The game has you playing as a delivery man in a postapocalyptic world. It is Metal Gear creator Hideo Kojima’s first title since leaving Konami in 2015. The Metal Gear games have a huge group of fans. That, coupled with the public drama between Kojima and Konami, made Death Stranding one of the most anticipated games of 2019.

We don’t know how many copies the game has sold so far, but coming to PC will make it available to a larger audience. The PC feature comes with a photo mode, ultra-wide monitor support, and high frame rate capabilities. If you buy it on PC, you’ll also unlock Half-Life themed content, including a headcrab hat.

505 Games is based in Milan, Italy. It published some big games in 2019, including Control and Bloodstained: Ritual of the Night.