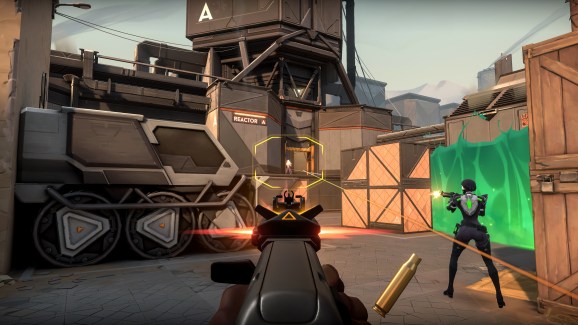 Riot Games has given an official name to its team-based shooter. It is called Valorant, and it will launch for PC in most territories this summer.

Valorant will be a free-to-play game pitting two teams of five players against each other. Each match, one team will be on the defensive, while the other attacks. We do not know how monetization will work, but these kinds of hero-based games usually sell cosmetic items. We’ve asked Riot for more info.

Riot Games is best known for the MOBA League of Legends, which launched back in 2009 and remains a hit today. The developer has begun to expand its reach to other genres. Along with this shooter, it launched the digital card game Runeterra earlier this year into beta. Riot is also working on a fighting game.  Runeterra will be going after a team-based shooter market populated by the likes of Valve’s Counter-Strike: Global Offensive and Blizzard’s Overwatch. Those are both premium games, however. Hi-Rez’s Paladins would be a free-to-play example.

“In Valorant, players choose from a diverse cast of hypernatural, battle-ready agents from real-world cultures and locations, each bringing a set of unique abilities that complement gunplay through tactical information and strategic support, changing the way players approach a situation,” Riot Games explains. “Abilities are designed to create tactical opportunities for players to take the right shot.”

For Valorant, Riot is promising an online experience focused on precision, thanks to a custom-built netcode.