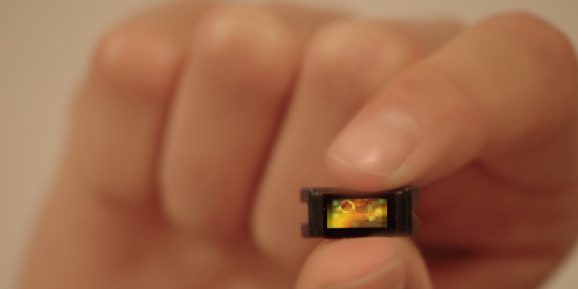 SiLC Technologies, a silicon photonics startup specializing in photonic sensor and 3D imaging applications, today announced that it has closed a $12 million seed financing round. Founder and CEO Mehdi Asghari says that it’ll allow the company to refine its 4D+ Vision Chip lidar sensor, which it claims exceeds the range, resolution, and accuracy of most lidar sensors on the market in a smaller footprint.

Those advantages — along with the velocity, light polarization, reflectivity, and other vectors that the 4D+ Vision Chip measures — could be a boon for startups developing autonomous cars, which require sensors to detect potential obstacles up to 200 meters away. “This is my third startup and by far the most exciting, both at a technology level and the size of market it can address,” said Asghari, who was part of the executive team that led fiber optics company Bookham Technologies to its initial public offering and who later joined the C-suite at Kotura, which was acquired by Mellanox in 2013. “We believe we have an opportunity to transform several industries. Our 4D+ Vision Chip technology will not only make lidar a commercial reality, but will also enable applications ranging from robotics to AR/VR to biometric scanning.”

SiLC’s single-chip optical engine incorporates both lasers and detector components, and it operates at the 1550nm wavelength — the same wavelength used by a prototype demoed by lidar startup Luminar in July 2017. (Asghari says this makes it highly energy-efficient and robust against interference from other lidar sensors and sunlight.) The fully integrated, frequency-modulated continuous wave sensor taps second-generation silicon photonics to scan its surroundings, enabling it to detect objects smaller than one-and-a-half inches at a range of 200 meters (which translates to a resolution of about 0.01 degrees vertically and horizontally).

In a test at CES 2020, a 4D+ Vision Chip unit detected a rooftop security camera post from 190 meters away and a lamp post from 250 meters away. SiLC claims that in optimal conditions, its maximum range is around 300 meters.

“Integrating all essential functions necessary to build a … chip on a cost-effective silicon platform represents the holy grail of lidar,” said Dell Technologies Capital managing director Daniel Docter, an investor. “SiLC’s team has over 20 years of experience and a proven track record commercializing silicon photonics solutions. After looking at more than 30 different lidar companies, we found SiLC to be the only company that has a viable approach for large-scale adoption of lidar in automotive and industrial robotics.”

SiLC is headquartered in Monrovia, California. In addition to Dell, which led the round, Decent Capital, ITIC Ventures, and undisclosed angel investors participated in the funding round.