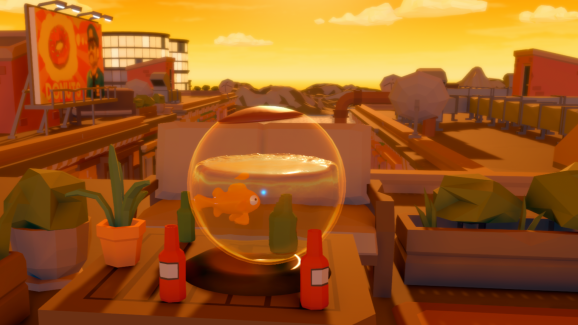 Bossa Studios announced today that I Am Fish is its next project. The I Am Bread sequel will release in 2021 for unspecified platforms.

I Am Bread is an interesting game that came out in 2015. As the name implies, it has you controlling a slice of bread. I Am Bread sold close to 2 million copies, which isn’t bad for a game about a single piece of bread. Bossa excels at making games that are silly and fun, and these attract streamers and other influencers who then show the titles off to their audiences — which in turn can help move copies of a game.

And now you’ll be controlling a fish. And, you know, considering that fish are alive, that sounds like a bit of an upgrade.

I Am Fish was created as a prototype in 2019. Now Bossa is moving forward and turning the prototype into a full game. You can download a level from the prototype for free from Bossa’s site.

Bossa is an indie developer based in London. They’re also behind the equally silly Surgeon Simulator.