Johnson will serve as special adviser to the CEO. The Alegre appointment is significant, as Kotick has been in his role for decades.

Alegre isn’t a gaming executive. But he brings decades of global experience in entertainment and technology and a consistent record of driving revenue growth at Google, the company said. In his new role, Alegre will oversee the Activision Publishing, Blizzard Entertainment, and King Digital Entertainment businesses.

“I was deeply impressed by Daniel’s entrepreneurial drive and broad and deep experience in driving global growth across a variety of businesses in a rapidly changing industry,” said Kotick in a statement. “Our greatest challenges are prioritizing the many opportunities we have and recruiting and retaining the talent needed to execute with focus and excellence. Daniel is a proven leader with a long track record of success doing both.”

“Activision Blizzard is at an exciting point in its history,” said Alegre in a statement. “In addition to a deep library of owned and internationally beloved franchises, the company has tremendous talent that has built a culture committed to inspiration and creativity. More importantly, through thoughtful and creative games, it connects and engages over 400 million people around the world through epic entertainment. I look forward to helping players around the world connect through quality and immersive games.” 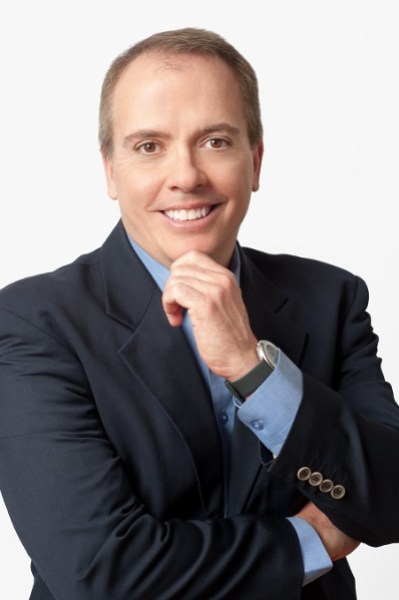 Above: Daniel Alegre is the No. 2 exec at Activision Blizzard.

Most recently at Google, Alegre was president of global retail and shopping, where he led initiatives to embed e-commerce across all Google product areas and helped diversify beyond advertising into the retail transactions business.

Prior to that, he was president of the company’s global and strategic partnerships function, working across all of Google’s core business lines to create and foster key strategic relationships and revenue acceleration with partners around the world. Alegre also ran Google’s Asia Pacific and Japan businesses as president based in Singapore and Tokyo where he opened the first operations in China, Southeast Asia and India, and expanded the footprint in Japan, Australia and Korea.

Previously, he opened and ran the Latin American business for Google as company vice president.

Prior to joining Google, Alegre, who is originally from Mexico, worked at Bertelsmann and BMG Music. Alegre received an undergraduate degree from Princeton University’s Woodrow Wilson School of Public and International Affairs and dual MBA and law degrees from Harvard Business School and Harvard Law School.

Regarding Johnson, Kotick said, “During Coddy’s combined 12 years at Activision Blizzard, he has made extraordinary contributions to the continued success of the company. He has been a transformative leader, a trusted advisor, and an inspiration through his unwavering hard work and determination. We are incredibly thankful for the lasting impact Coddy has had on the Company and I am especially grateful for the impact he has had on me personally.”