Salad helps you earn rewards from your gaming PC’s idle time. Then you can use those rewards to buy products or make donations, while Salad uses the PC to mine cryptocurrency. And now it is about to broadly increase the things you can buy with those rewards through a new payment gateway called SaladPay.

It’s like a blast out of the past, when everyone was using gaming computers to mine Bitcoin during its, uh, salad days. Salad lets gamers create value from their computers by turning their idle compute cycles on high-end gaming PCs into gaming items they can use. That’s a big deal, as the number of available high-end gaming PCs is currently about 400 million .

It runs in the background when a user’s computer is idle, and it mines cryptocurrency. But while doing this kind of work with Bitcoin a few years ago was hard, Salad has made it really easy. And so, yes, we are making real progress in getting paid to play games, or what I call the Leisure Economy.

“We’re the first to be really intensely focused on users, making it safe, transparent, and secure,” said Salad CEO Bob Miles, in an interview with GamesBeat. “We say you can install this application and we will pay you.”

Miles said he got the idea in late 2017 when he was looking at blockchain, the secure and transparent decentralized ledger that can be used to authenticate information such as identities through a network of computers. 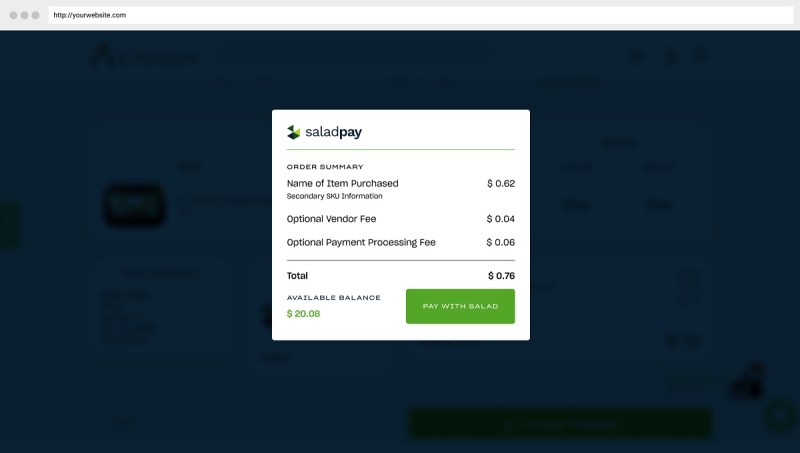 Above: SaladPay lets you buy goods with your Salad Credit from your mining money.

“I saw the mining space and the unit economics of gaming PCs,” Miles said. “They were $50 to $90 a month, but none of the gamers I knew were actually mining. I found this to be curious.”

He culled three lessons. A lot of people had a mistrust of blockchain, which had its history with scams and hackers. He also figured that a lot of gamers weren’t that technical and didn’t know how to contribute their idle computing power. But by far the biggest problem was that the value proposition wasn’t there.

“You would run an application for a month and you would earn 0.8673 coins or tokens, and that really didn’t resonate with mass market gamers,” said Miles. “Taking those three learnings, we formed the core of Salad. Now when you’re not using the PC, we will turn that idle time into things that you value.”

The company has 11 employees in Salt Lake City, and it was founded in 2018. The company published 32 blog posts, such as one on how to use GPUs for mining. That one got 10,000 views. Salad open sourced its client so anyone can see what they’re downloading. And Salad has a trust rating of 4.7 on TrustPilot.

“We now have a really active community that comes to bat for us,” Miles said.

Above: Salad has a deal for you.

The platform has more than 60,000 registered users, and it has 1,500 active users per day. And Salad has tapped into 2.7 million hours of graphics processing unit (GPU) time.

An average user earns $12 to $15 per month in Salad Credit, which can be used to purchase gaming items in Salad’s store. Salad pays the user 100% of what their user generates through blockchain mining. But Salad makes a profit margin still. That’s because, so far, users have only been able to use the Salad Credit to buy things in the store, and the pricing of the items in the store includes that profit margin for Salad.

“So when their computer generates coins or tokens, we actually take out all of the friction, all of the burden of managing private keys and handling coins and tokens, and we, within the application project that balance so they can then spend it,” Miles said. “We curate, rewards, subscriptions, games, steam codes, gift cards, in-game items, downloadable content that they can then redeem with that balance.”

One of the most popular rewards is Discord subscriptions. Salad buys those in bulk at a discounted price, and then it sells them at a slightly marked up price to the users, who pay for it with Salad Credit. And that’s a bargain for the user because it is using money that they didn’t have before.

“We buy it wholesale, and the users redeem it at a retail price,” Miles said.

The benefits of SaladPay for indie games

Above: You can use your Salad Credit from your idle computer time to make donations.

Salad is now revealing something that will benefit a lot of companies in the game industry.

“We’ve been working on a monetization for the gaming industry, which was so excited about,” he said. “It’s called SaladPay. Up until now, we have been playing God with our rewards carousel and curating rewards you can choose from. But people are saying they want to use their credit to pay for games and things on different web sites directly. So we’re working on a payment gateway for websites and a [software development kit] SDK for indie studios and developers that will allow them to tap into the idle compute time of their users.”

Miles said that Pay.Salad.io will help the game industry tap into this rewards system. He also noted that one of the options that gamers have is to donate their Salad Credit for causes, like 1% for the planet, which benefits environmental causes. 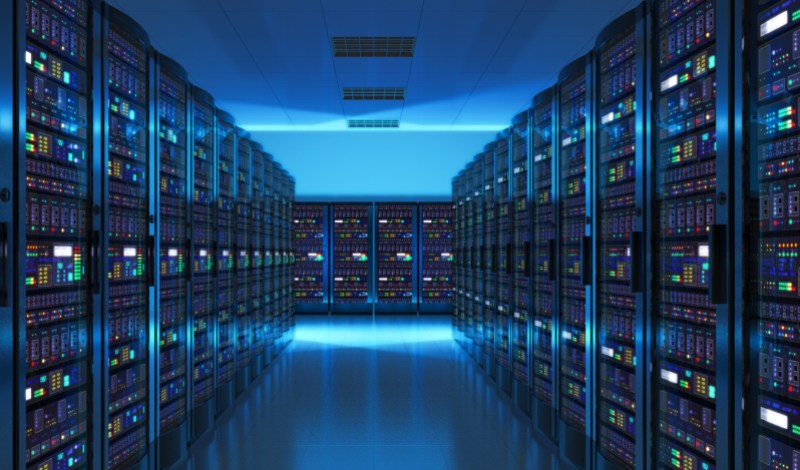 Over time, Salad has a larger long-term vision to turn its network of gaming computers into critical infrastructure for a distributed web, providing on-demand compute power for decentralized apps and services.

You can think of that future as Amazon Web Services, but instead of being powered by Amazon massive cloud stack, it’s powered by a peer-to-peer network of millions of gaming PCs.

“When we look at the next five to 10 years, we really see the distributed web powered by blockchain technology starting to come online and one of the most critical pieces of that future internet is a distributed infrastructure layer,” Miles said. “Individual actors contribute their latent processing power, storage, perhaps even bandwidth, towards these different distributed ecosystems and economies and marketplaces. And and one of the things we’ve learned is the mass market doesn’t want to take the effort to go out there and figure out what’s most profitable for them. What’s the spot pricing on storage? What’s the spot pricing on compute power?”

Salad will figure that out for them, and it will be the easiest way to share your spare computer uses, Miles said.

“We want to take away all of the friction and the headache of actually supporting blockchain-based games,” he said.

I’ve been waiting a long time for something like this to be easy to use. It can harness the power of the blockchain and wasted computer cycles and put them to use. I sure hope it works out.