The Oculus Quest standalone VR headset is an incredible device that’s redefining what virtual reality means. The $400 all-in-one released in May with some great games like Superhot VR and Beat Saber working with complete wireless freedom. Just set up your guardian boundaries wherever you are and start playing.

By the end of the year, though, software updates enabled any high-quality USB 3 cable connected to a compatible computer to run PC VR games like Boneworks and Asgard’s Wrath. Facebook also added experimental controller-free hand tracking.

In 2019, Facebook shipped official earbuds and a carrying case for the headset, too, but beyond that the headset still suffers from a relatively brief battery life (a few hours depending on what you’re doing) that requires owners ensure the device is fully charged before using or your play session may be cut short before you meant it to be. The Quest is also extraordinarily front-heavy — putting both battery and processor at the front of the device — and this can make it unwearable for some.

In 2020 and 2021, we expect Facebook to hit the accelerator and take its standalone platform to new heights. We’re hoping for some kind of a Quest Pro, for instance, that could feature better weight balance and use newer processors that could take the standalone back to the 90 frames per second roots of the original Rift. But such a high-end standalone wouldn’t help people who already invested in the existing Quest and aren’t ready to upgrade to an entirely new device after just a year or two. 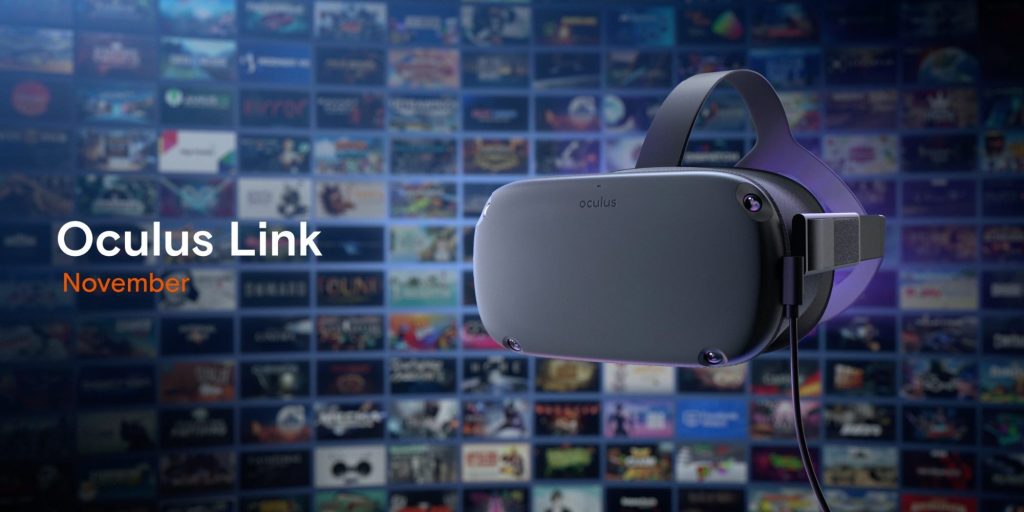 Facebook’s technical guide John Carmack (who is now only working part-time on VR) suggested at the Oculus Connect 6 developer conference late in 2019 that the company might be able to create a dongle that sticks into a port on your nearby VR-ready PC and creates a dedicated wireless link to your Quest.

Facebook already proved out part of the technology stack required to pull this off with the existing USB 3-based Oculus Link. Through a complex hand off of technologies that sees the headset send tracking data over to the PC, and the PC draw frames to match your position, Facebook is able to effectively “remote” render content for the Quest.

Some sideloaded software, like Guy Godin’s Virtual Desktop, does this kind of remote rendering wirelessly already. The problem is that there’s often a delay (aka latency) between your movements and the time it takes for the matching visuals to reach your eyes. Existing solutions like Virtual Desktop also split network traffic with everything else happening on your router and aren’t optimized for a dedicated wireless VR link. While some people have the stomach for inconsistent performance, a dedicated add-on for your PC (maybe it plugs in to a USB 3 port just like Oculus Link?) could solve a lot of these issues. You’d end up using your PC’s connection to the Internet to access Rift games.

We also know, by the way, Facebook is researching a range of wireless technologies that might be necessary for the future of VR and AR.

Likelihood: Based on Carmack’s comments we have high confidence Facebook is working on this and may succeed in getting it ready for home use. 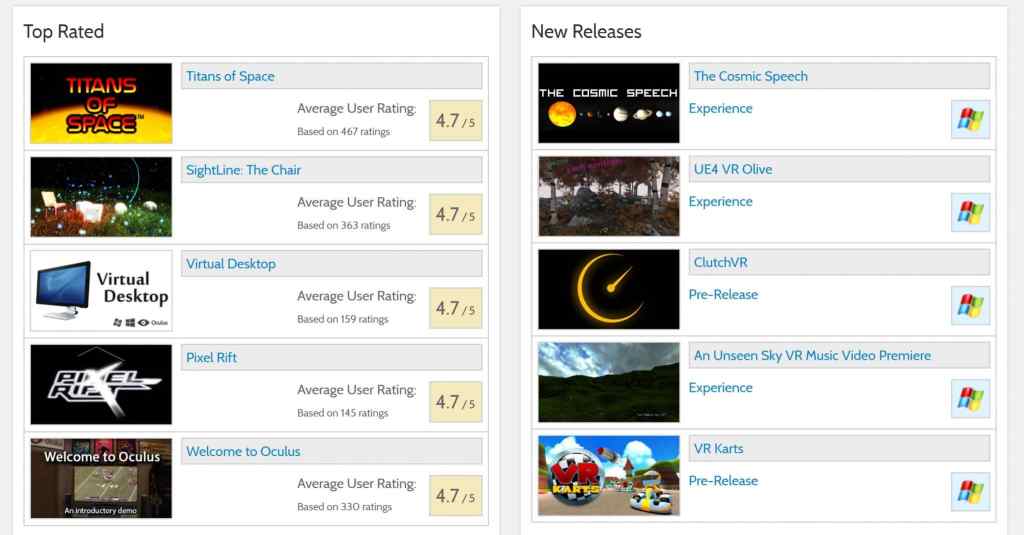 That’s a lot of change but, as often as we use SideQuest, the process of sideloading content onto Quest and downloading videos from the headset could go more quickly and take fewer steps with official support from Facebook.

Facebook wants to ensure that when the average consumer buys a Quest and goes to purchase software from its built-in store, that those people are safe to purchase something that’s fun, works great and feels like a fair exchange for their $15 or $30. They hope that fostering this trusting relationship between buyers and sellers will make enough money for developers that they are motivated to keep building VR software.

At the same time, Facebook is casting a wide net to developers. Every Quest is essentially a development kit, signing up to be a developer is free, and they want it to be incredibly easy to make your own software for a VR headset. This is true even if Facebook doesn’t want to accept anything except the most polished and compelling products to its storefront.

These two competing realities of Quest’s ecosystem encourage people who aren’t developers to essentially pose as one in order to get the access they need to sideload experimental software. These are friends of actual developers, journalists, hobbyists, and willing testers who will gladly accept an experimental piece of software onto their system even if it might cause problems, require a factory reset afterward, or even make them sick.

Facebook won’t win love from developers or its most enthusiastic Quest owners by making the process any harder or restrictive than it already is. Can Quest still allow hobbyists and friends to share experimental builds that are unapproved by Facebook and distributed without asking everyone to sign up as developers?

Likelihood: Facebook representatives are “actively thinking about” easier ways to access and distribute applications outside of the Oculus Store. We hope they’re serious and these changes don’t sit behind Facebook’s walls forever.