“… the very first Werewolf tabletop RPG stream you’ll see from Hunters is actually probably part of the playtest version of the game so that the audience can get a look at how the game is evolving in real-time and comment on it in real-time,” Carl continued. “They took the idea of a playtest [and ran with it]. I suggested a playtest game, maybe a limited series, and they took it one step further and are going to incorporate streaming into the entire playtest cycle.”

Putting players at the center

The boundaries and barriers that have traditionally kept TTRPGs hidden behind an opaque divide have come tumbling down. LARP has taken on new meaning in the face of actual play. Long-form narrative is reshaping itself as an expression of both players and the audiences that accompany them on the journey ahead.

The walls between “I can’t” and “I will” are eroding quickly. More players are embracing TTRPG as a meaningful way to connect with one another, regardless of experience level. As such, publishers aren’t going to sit idly and watch as a new, and wholly organic, marketing and community building vehicle passes them by.

Wizards of the Coast, as the company fueling the most prominent TTRPG in the industry, has already seen immense success in building out their product line with post-launch content in a way that wouldn’t be possible without the partnerships they’ve crafted with creators like Penny Arcade and Critical Role. And without shows like Rivals of Waterdeep, which showcases what’s possible if publishers include more diverse voices in their pursuit for content, Wizards of the Coast wouldn’t be able to reach those communities who may be curious, but perhaps wouldn’t have felt welcomed without witnessing this kind of inclusivity.

Sales of the game, modules, and extended player content, in addition to the numbers for their actual play shows, reflects the hunger in the community: D&D fans want more stories, more connection, and more ways to play.

As Werewolf: The Apocalypse begins its journey through the dark, it will be with actual play and livestream in mind, which, according to Carl, is the entire point of evolving the brand the way that they have been. World of Darkness, White Wolf, and parent company Paradox all are active proponents in not doing things the same way they’ve always been done just for the sake of it. And while the purpose of “L.A. By Night” isn’t directly related to sales, and Paradox declined to share World of Darkness’ sales figures with us, there is wisdom in seeing a direct link between brand awareness and customer acquisition.

“I think [actual play shows are] absolutely vital,” DePass said. “I think for some people, especially in terms of representation, getting to see a show with an all-POC, some of us openly queer cast… getting to see that, and getting to see people have fun and enjoy themselves, and have good stories, and tell this together, [is important].

“In our case, or for ‘Plot Hunters’ or ‘Tales from the Mists’, it shows that you too have a place in this. There [are] still people I meet who just feel like they’ve learned D&D was X and they’ve never moved past X, but now we’re showing them that there’s a whole alphabet until you get to X, and there’s still something after X that you too can play.”

Tabletop RPGs have evolved slowly since Dungeons & Dragons became popular in the 1980s. But the surge of diverse and inclusive actual play shows has injected energy into the medium that will continue to shape publishing and play for years to come. 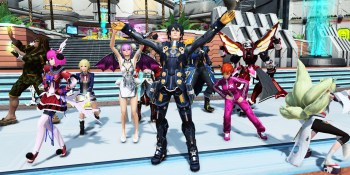 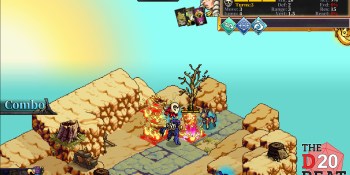