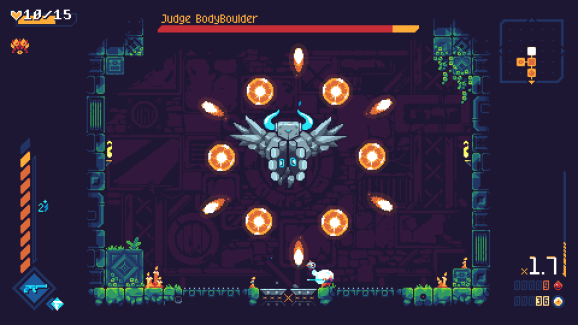 ScourgeBringer is among the many February new releases doing well on Steam.

Valve Software has released its list of the top new releases on Steam during the month of February. And these charts once again demonstrate the variety available on the PC gaming platform. Multiple studios landed in the top 20 after releasing their first games ever on Steam. Other developers, meanwhile, are successfully navigating Early Access.

ScourgeBringer and Besiege are among the standout Early Access hits in February. ScourgeBringer is a high-octane action-platformer that just debuted in Steam’s program for unfinished games. Besiege is a physics puzzler where players build wild war contraptions to complete violent and humorous goals. But Besiege finally launched out of Early Access in February after first hitting Steam back in January 2015. Spiderling Studios was able to use that time to refine that game while also still generating revenue to fund development.

Here’s the full list of best-selling new releases for the month in order of release date: