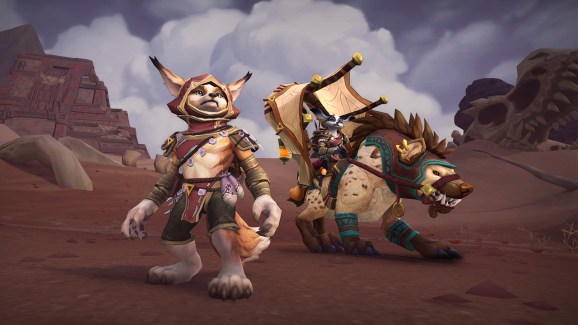 Is being stuck inside giving you an itch to return to the World of Warcraft? Well, Blizzard Entertainment is giving you a nice incentive to find shelter in Azeroth.

From now until April 20, all players in World of Warcraft will get a 100% experience bonus. This will make leveling through the game much faster, which is good news for people who want to get to endgame content. It’s also great for those who just like to level new characters, like me.

If you were cynical, you could say that this is Blizzard taking advantage of all those home-stuck people and giving them a reason to get back into World of Warcraft and start paying for a monthly subscription again. But if you look at it with a bit more positivity, you can see a nice gesture, especially for people already paying for the WoW sub who love to level new characters.

This is a nice trend we’re seeing among online games during this difficult time. Other multiplayer titles like Fallout 76 and Star Wars: Battlefront II have also been offering bonus experience.