Pokémon Go saw global player spending reach $23 million during the week of March 16, according to mobile market researcher Sensor Tower. That is up 66.7% from the previous week.

Niantic’s mobile hit has players walking around the real world and catching Pokémon. Considering the recent issuing of shelter-in-place orders across the world in an effort to prevent the spread of COVID-19, you’d maybe expect a game that requires you to go outside to take a hit in popularity.

But the opposite is happening for Pokémon Go. That is in part because Niantic recently made some changes to that game that increased monster spawn rates, meaning it’s easier to see Pokémon while staying inside your house. 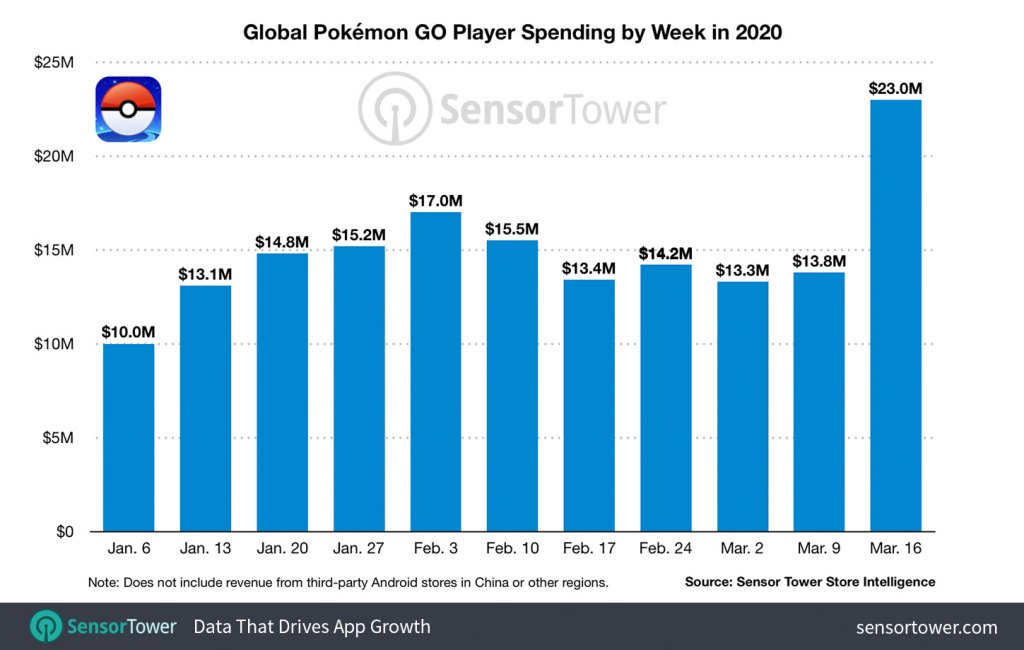 Also, people who have been sent home from work have an abundance of extra time on their hands, and mobile games like Pokémon Go could be a good way to distract themselves. And many people can still go on walks, making Pokémon Go an especially attractive activity.