It’s one more example of how Atari is aggressively putting its name on everything from new VCS game consoles (which haven’t shipped yet) to hotel chains.

TSB Gaming (previously Pixowl) is creating The Sandbox platform based on blockchain and non-fungible tokens, or ways to used decentralized ledgers to verify the uniqueness of collectible items.

The Sandbox has been around for eight years as a virtual world where players can build, own and monetize their own voxel gaming experiences. But under the ownership of Animoca Brands, TSB Gaming is building a version based on the Ethereum blockchain. The team’s vision is to offer a deeply immersive metaverse in which virtual worlds and games will be created collaboratively and without central authority. 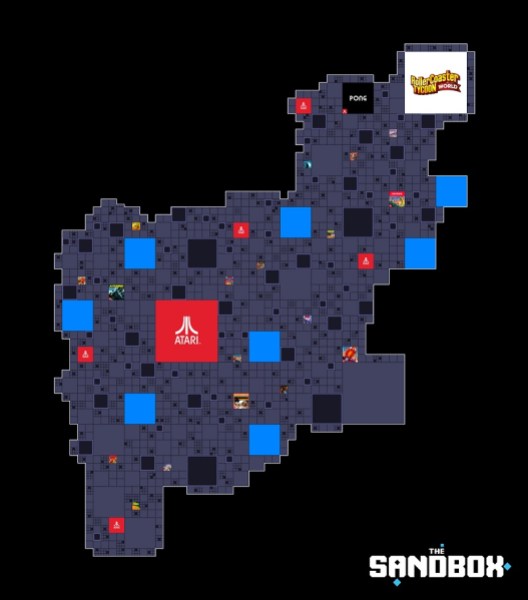 Above: The Sandbox will have land for sale for Atari-themed areas.

The Sandbox features three main components: the VoxEdit NFT (non-fungible token) builder for building voxel game ASSETs, the Marketplace for buying and selling ASSETs, and the Game Maker tool where complete interactive games can be constructed and shared. Together, these components offer rich, easy-to-create voxel worlds and game experiences and the ability to safely store, trade, and monetize creations through blockchain, allowing creators to benefit from their creations.

Under the terms of the agreement, Atari will receive large digital spaces, known as Estates, in The Sandbox gaming metaverse. On these Estates, 3D voxelized versions of Atari’s classic and most popular gaming creations will be made available to players when The Sandbox publicly launches later this year. Furthermore, Atari and The Sandbox will develop Atari-inspired in-game assets for game creators to use in their own games.

The Sandbox is also planning a virtual theme park-like universe featuring a variety of Atari game titles, which will be a large virtual area with Atari-themed creations, attractions, games, and buildings to explore. As The Sandbox is designed to support deeply immersive gaming experiences that can be shared socially, players will be able to meet and chat in The Sandbox using their Avatar characters, jump into games, and play together. Gamers will also have the option to use the Sand token or the Atari Token when they play in the Atari Land. 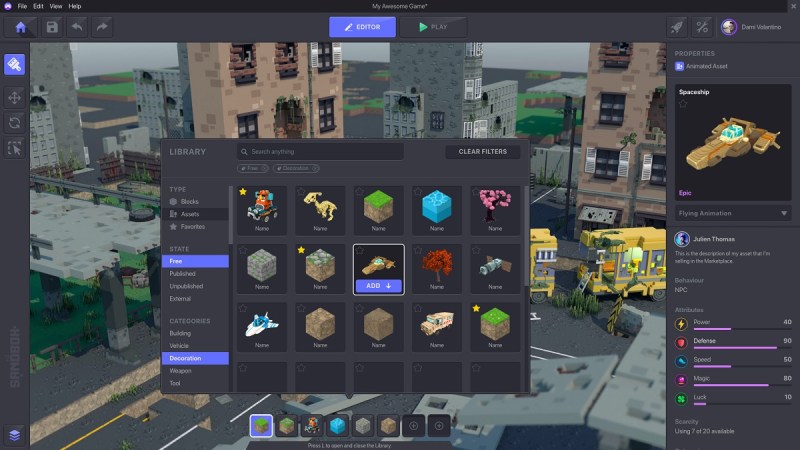 Above: Game maker tool in The Sandbox

Sebastien Borget, chief operating officer of The Sandbox and TSB Gaming, said in a statement that the partnership continues Atari’s brand innovation and extends its gaming heritage into the decentralized, blockchain-based metaverse of The Sandbox. Borget will talk about the Metaverse in a panel at our upcoming GamesBeat Summit Digital event on April 28-29.

Fred Chesnais, Atari CEO, said in a statement that it makes sense for Atari to be part of the imaginative experience of The Sandbox, and that this deepens Atari’s involvement in blockchain and cryptocurrency-fueled entertainment.