Immersal’s free Android and iOS app captures images of real-world locations as phone users walk through them, tags each image with GPS and orientation data, creates AR recognition point maps from multiple images, then stitches the small maps together into a larger canvas. Holding up the same device, users can then move through the mapped areas with a far higher degree of location precision than conventional GPS — centimeter-level, Immersal says — while seeing AR objects and navigation data that persist for multiple users using globally shared coordinates.

The differences between Immersal’s solution and others are in the specifics of the capture technology, which eschews expensive top-down camera rig photography in favor of the billion-plus cameras people carry around every day. Anyone can use Immersal’s free app to map an indoor or outdoor location, at which point the maps become part of the larger cloud. A just-released video shows the mobile app creating a massive 3D point cloud for the city of Helsinki, enabling landmarks to display AR ads and neighborhoods to be more easily navigated using AR arrows and text overlays. 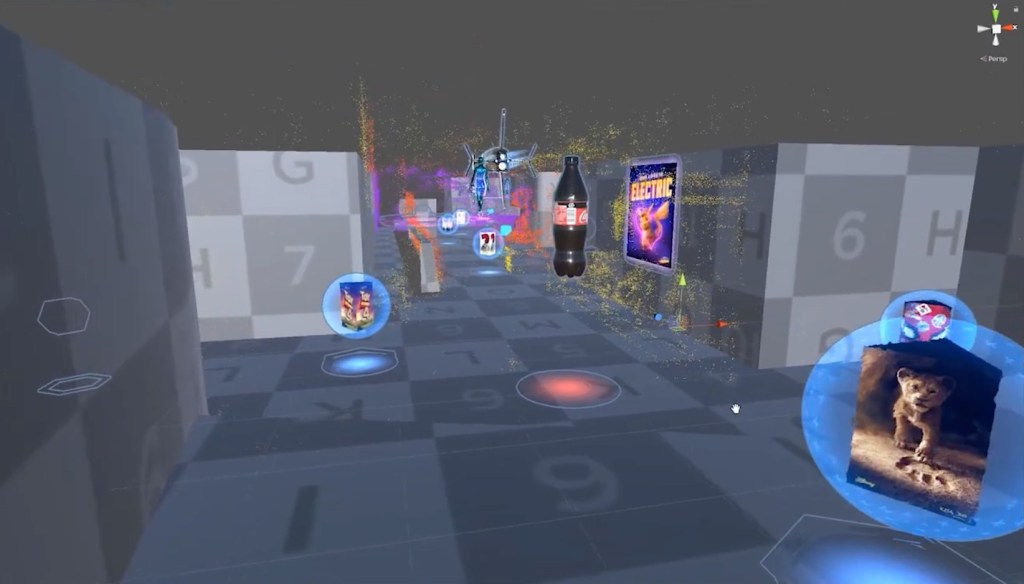 Beyond ads and maps, developers can use Immersal’s SDK to craft shared location-specific experiences. One example is an augmented movie theater with digital posters, personalized signage to direct individuals to the movies they’re ticketed for, and even games based on flying concessions. Outside the theater, users might see animated 3D visuals themed to individual films or created more broadly for the complex itself.

Immersal’s platform currently works with ARKit on iOS, ARCore on Android, and Unity for app development; free Immersal Mapping apps can be downloaded from the iOS App Store and Google Play Store. Support for multiple AR headsets is “under development,” and further platforms will be added later.