Etermax, the Argentine studio that made Trivia Crack and Word Crack, has launched Words & Ladders, a new mobile game where players solve riddles.

Words & Ladders is now available worldwide for free on Android and iOS in English, Spanish, Portuguese, French, Italian, and German. Inspired by the ancient Indian board game Moksha Patam, Words & Ladders brings to mobile devices a lively and colorful version that, in addition to entertaining, stimulates lateral thinking with riddles in order to advance in the game, the company said.

Etermax product owner Federico Segovia said in a statement that the game is aimed at curious minds. It emphasizes the value of words as a tool to streamline thinking and share knowledge with friends, family, and other users. He said you can play Words & Ladders at any time and in any place, fine-tuning your memory, improving your vocabulary, and testing your popular culture knowledge, with thousands of puzzles. 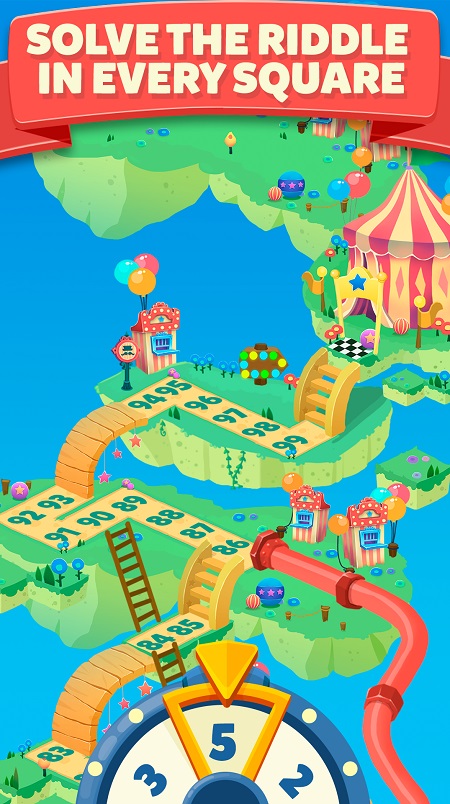 Above: Words & Ladders is reminiscent of Chutes & Ladders.

The game highlights the funny Gallerino, who needs the help of the wisest players to discover the hidden words on the steps towards the goal. The challenger must reach the top of an ascending board of 100 squares (kind of like Chutes & Ladders), while facing the skills of friends, family or random opponents by correctly answering the puzzles that are presented on the climb. Whoever proves to be the fastest will win the game.

You earn coins, or buy them at store, and they provide benefits in the game. The winner of a game receives a medal, which gives you rewards by completing and unlocking park attractions in the section with floating islands.

To start the game, the player spins the wheel, which will indicate the number of squares a player will advance. After landing on a square, players must answer a riddle by filling in the correct word in less than 30 seconds. 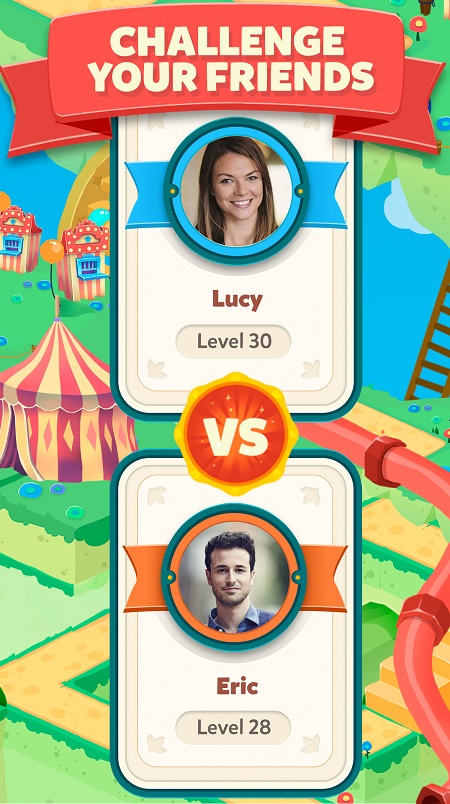 Above: Players test their trivia knowledge in Words & Ladders.

Landing on a ladder serves as a shortcut to move faster in the board. But landing on a slide will make you move back. Also, players can collect coins distributed in the squares automatically while moving up; however, if they fall on the opponent’s square, they have to answer two consecutive riddles to move forward.

Whoever manages to reach the finish line first becomes the winner of the game and receives medals. The medals allows users to complete the park attractions in the section with floating islands and win rewards. Once an island is complete, a new one is unlocked.

Etermax, founded in 2009 as an international tech company, has had 700 million downloads for titles such as Trivia Crack, Trivia Crack 2, and Word Crack. The company is also offering in-game advertising services in Latin America through an extensive network of more than 1,800 titles. Etermax was founded in Argentina and it has offices in Uruguay and Germany as well as commercial support in Brazil and Mexico.

Although the game is available for free on Android and iOS, it has in-game advertising an in-game shopping system in the Words & Ladders store, where you can purchase coins to give you greater opportunities in the game.