Over the past year, Jam City and Disney have forged a collaboration on titles such as Disney Frozen Adventures, which launched during the holiday season ahead of the launch of the film Frozen II. Disney Emoji Blitz is available on iOS and Android.

Jam City believes that Disney Emoji Blitz has the cute art style and elements of gameplay that Japanese audiences, who tend to be passionate about mobile gaming, would love. 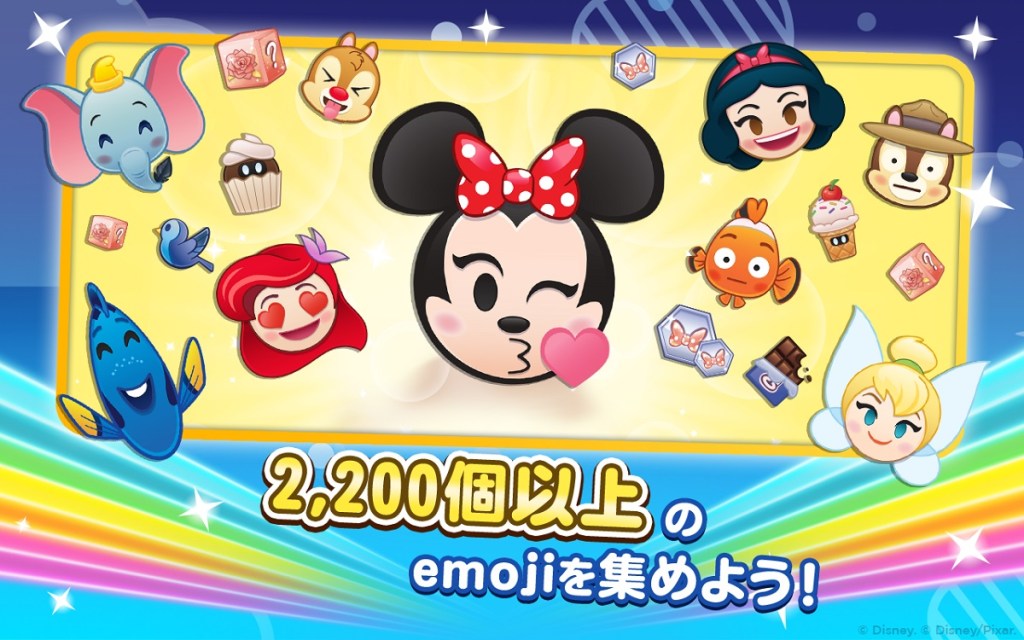 Above: Disney Emoji Blitz is going into Japan, the second-largest mobile game market.

Since its release, Disney Emoji Blitz has surpassed 30 million installs and over 20 billion rounds played to date, and it has had growth across all metrics.

Disney Emoji Blitz has in-game events with themes tied to past and present films and series and recently celebrated an event for The Mandalorian, the first-ever Star Wars live-action series (it’s streaming exclusively on Disney+).

In the coming months, fans will get new springtime Winnie the Pooh emojis, exclusive offers during Japan’s Golden Week, and a month-long giveaway throughout April.

Once you collect an emoji in the game, it is also unlocked in the keyboard and converted into stickers which can be used in text messages.

Disney Emoji Blitz is kind of an endless game, with an ever-evolving loop with episodic events and emoji releases connected to new films and characters from deep within the Disney, Pixar, and Star Wars archives.

In an email, Jam City CEO Chris Dewolfe said, “We’ve been planning to bring this game to players in Japan for a long time. The game is one of the most successful and unique puzzle games globally, and we felt that the art style and game play had the potential to be successful in the country. We worked with our friends at Disney and our consumer insights teams to conduct research to support this conclusion. We then made a Japanese version a top priority and put a lot of effort to make sure the game was localized to this very large but unique audience.”

Jam City’s games such as Cookie Jam and Panda Pop have had more than 120 million downloads to date. The Los Angeles company has more than 700 employees.