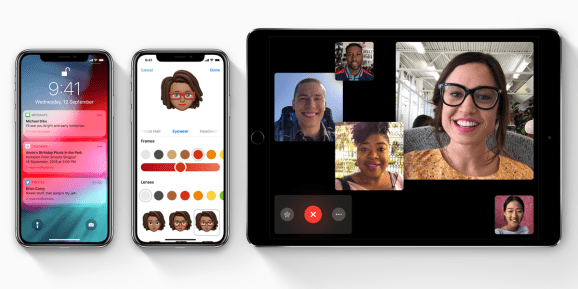 Apple’s iChat and FaceTime pioneered simple video calling across desktop and portable devices, but recent updates to the iPad, iPhone, and Mac operating systems have created video connectivity problems, according to a growing mass of user reports. Two issues have popped up in the latest iOS/iPadOS and macOS software releases, inhibiting some users’ ability to make or successfully complete video calls during the COVID-19 pandemic.

For iPad and iPhone users, the problem is isolated to Apple’s FaceTime video calling software, which enables direct person-to-person calls and group chats between users with Apple devices. Following the iOS/iPadOS 13.4 update, Apple support community users (and others, via MacRumors) are reporting that they can no longer make FaceTime calls to people with iOS 9 — an issue impacting users with older devices ranging from several early iPads to the fifth-generation iPod Touch and iPhone 4S. Users report failures to connect to FaceTime video or audio calls after 30 seconds, followed by dropped call attempts.

Although there could be security reasons for cutting off access to certain older devices, the problem here is twofold. First, users of older devices would have had no reason to believe Apple would abruptly cut them off from making FaceTime calls, which were both popular and widely advertised when the devices were released. Second, the issue is likely to disproportionately impact users of hand-me-down devices, including grandparents and kids. The latter problem is of particular concern for families struggling to maintain contact between loved ones during the pandemic, which has radically restricted in-person communication for many seniors, forcing them to rely on video chats.

On the Mac side, the problems begin with 2015 MacBook Airs, 12-inch MacBooks, 13-inch MacBook Pros, and iMacs, as well as 2017 MacBook Airs. When using apps such as Zoom, Google Hangouts, and Slack, these Macs are exhibiting freezes and crashes — a problem impacting the latest release of macOS Catalina (10.15.4), as well as predecessor Mojave (10.14.6) and High Sierra (10.13.6) releases with the 2020-002 Security Update applied.

According to user reports (via Mr. Macintosh), the Mac issue is triggered when video is enabled in videoconferencing software with multiple users connected, causing the Mac to freeze to the extent that users must initiate a forced power down of the computer. Diagnostic reports point to hangs in the machines’ integrated Intel GPUs — the common link between affected machines — though the issue is almost certainly caused by a bug in Apple’s most recent software updates.

Additionally, the same FaceTime connectivity issue impacting iPad and iPhone users carries over to Mac users with Catalina 10.15.4, preventing FaceTime video and audio calls to the same array of older iPad, iPhone, and iPod touch devices. Since these issues didn’t exist in prior OS updates, they’re more likely to be bugs — addressable by quick patches — so hopefully the fixes will be easy for affected users, who may not be able to rely on family members to apply patches during the COVID-19 outbreak.

Update on April 7 at 10:15 a.m. Pacific: Apple has released iOS and iPadOS 13.4.1, fixing these bugs for newer devices, as well as older iOS 9 device updates. They’re available through the standard Software Update mechanisms of iPads, iPhones, and iPod touches.