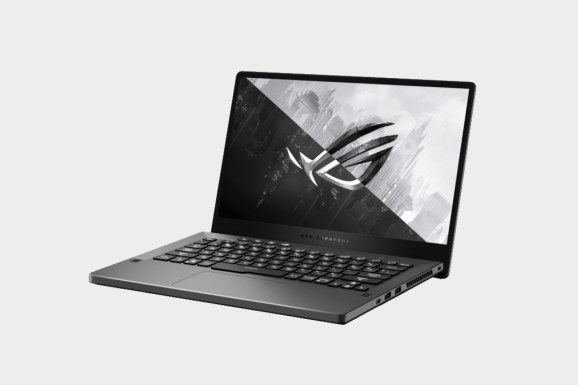 Gaming laptops are already in a great place. They were getting smaller, lighter, and faster for years, and they reached a point where they made sense for most people by 2018. And the rate of progression hasn’t slowed. And we’re on the cusp of yet another leap forward thanks to the competition between Nvidia, AMD, and Intel.

On the GPU side of the equation, Nvidia announced today that it is putting its RTX Super video cards into over 100 different laptop models. These include the excellent Razer Blade 15 as well as the Acer Triton 500. The Blade comes in configurations with either an RTX 2070 Super Max-Q or the 2080 Super Max-Q. And while the “Super” in the name does indeed mean more power, don’t sleep on the Max-Q.

Nvidia has updated its Max-Q specifications to sip less power than ever before. This is primarily due to Dynamic Boost, which allocates energy to the CPU and GPU as they need it. It’s like having Jean Luc Picard at the helm of your laptop telling Geordi La Forge to put more power into shields.

The revised Max-Q also uses more efficient GDDR6 memory, better voltage regulators, and the upgraded version of deep-learning super sampling (DLSS 2.0). DLSS 2.0 enables games to run at a lower resolution but still have the same visual characteristics of native 1080p or 4K. That can save a significant amount of power.

But while Nvidia is pushing mobile graphics forward, compute is getting a real kick in the butt.

Intel announced its 10th-gen Core processors for mobile today. That includes the first 8-core i7 chip for a laptop, the i7-10875H. That processor maxes out at 5.1GHz. And it’s a big leap forward in terms of performance compared to previous mobile CPUs.

But the reason that Intel is going hard on mobile is because AMD is forcing its hand. Intel is never fallen behind AMD in terms of performance in laptops — but that seems like it is about to change. AMD’s Ryzen 4000-series CPUs are incredible.

The Ryzen 7 4800HS has 8 cores and wallops nearly any Intel mobile chip currently available. And even if the 10th-gen Core CPUs retake the performance lead, that comes at a cost. The i7-10875H has a draw power of 45 watts. The Ryzen 7 4800HS, meanwhile, draws only 35 watts.

For a mobile platform, Ryzen could provide equivalent performance but with significantly better battery life.

But whether you go with Intel or AMD, 2020 laptops are going to provide screaming performance in games with cores to spare for livestreaming and content creation.