Since our family went into coronavirus quarantine almost three weeks ago, we’ve completed two ambitious jigsaw puzzles. The first was a map of our hometown with 1,000 small pieces and the other was a photo of shelves filled with vintage soda cans with 1,000 miniature pieces.

Part of the big story of the coronavirus has been how it’s reshaping our digital habits. At our home, we’ve been passing the time in many of the same ways as families around the world by working and attending classes from home, hosting video chats, and streaming more movies and television shows. But as our screen time soars, we need a break more than ever, and the tranquility of doing a puzzle has proven to be the perfect way to unplug.

It turns out we are not alone. As the COVID-19 pandemic rages across the globe, sales of puzzles have exploded. While just about every other experience has been digitized and accelerated, jigsaw puzzles have remained resistant to this trend and retained an analog appeal that is hard to replicate on a computer or smartphone.

“There’s something to be said about putting that piece into place,” said Thomas Kaeppeler, president of Ravensburger North America. “Finding that right piece that fits right in there — there is something so satisfying that the online part doesn’t do as well.”

Ravensburger, with its headquarters in its namesake city in Germany, is one of the world’s biggest makers of puzzles, as well as a range of analog board games and toys for kids. While all of those categories are showing unexpected growth during the crisis, puzzles have been the standout star.

As shelter-in-place orders went into wider effect in March, the company reported that its North American puzzle sales jumped 370% over the past two weeks compared to the same period one year ago. On March 25, sales were 10 times higher than March 25, 2019. The company has been selling an average of 20 puzzles per minute so far in 2020, compared to 7 per minute for all of 2019.

“The majority of our business happens in Q4 and December,” Kaeppeler said. “So comparing what we are seeing in March, the demand surge is exceeding what we would see before Christmas.”

It’s not just Ravensburger. According to a report released today by consumer research firm NPD, during the week ending March 21, sales of board games, card games, and puzzles grew 228% from the previous week. In addition, sales of building sets increased 76% while arts and crafts sales jumped 70%.

Sales of books are also benefiting, as kids’ nonfiction books sold 66% more this week as parents reached for educational material to get through the lockdowns.

“Consumers have prepared for their family’s survival over an extended period by stocking up on the basic necessities, but as schools and workplaces closed, phase two of the big scramble began,” said Juli Lennett, NPD’s toys industry advisor, in the report. “U.S. parents loaded up on things to keep their kids occupied at home, help them navigate their new homeschooling situation, and to also be a source of entertainment for the whole family as we spend more time at home,”

While puzzles are providing a digital escape during the lockdowns, they had already been enjoying a renaissance over the past several years. In 2019, Ravensburger’s parent company reported record sales of $571 million, up 6.7% from the previous year.

“We have been seeing something on puzzles that seems to be a long-term trend,” Kaeppeler said. “We did a lot of research to understand people’s feeling about puzzles. Is puzzling an old-fashioned hobby? Is it going to be replaced by a digital form of product? And what we’ve seen in the last couple of years is that consumers want to disconnect from the being on a screen all the time and feel the need for a digital detox.”

In a study Ravensburger undertook with research firm Ipsos, they found that 59% of people do puzzles to relax, while 42% like them as a “brain boost”, and 34% see it as a social way to connect with others.

The latter is particularly appealing for families, Kaeppeler said, especially those with teenagers. Families often find that when kids become adolescents they communicate less and have a hard time getting them to open up. Sitting around a puzzle creates a moment where you have less pressure to talk and you don’t feel an obligation to make eye contact, so it can provide gradual ways to open conversations. “They feel a puzzle is something they can all enjoy,” Kaeppeler said.

The puzzle image is also a big part of the attraction. Whether it’s a photo, illustration, or a replica of a famous painting, a puzzler will have to stare at the image for long periods of times and scrutinize every detail.

“In many cases, this is a piece of art,” he said. “You need a pretty big screen to make this piece of art. And when they’re really good, they transport you that place.”

Still, digital is possibly having some influence as well. Ravensburger is a family-owned business founded 137 years ago. The company just created a digital team a couple of years ago and continues to study the way gadgets and online experiences influence the puzzle world.

For instance, Kaeppeler said simple puzzle apps for smartphones that can be done during brief moments of downtime have helped some people discover or re-discover an interest in puzzles. And while puzzles tend to be a private thing, Kaeppeler said he’s noticed people chatting and sharing more on social media about their puzzle experiences.

But while that has been helping puzzles build their audience gradually, the explosion in the last couple of weeks has forced Ravensburger to radically shift gears to deal with a sudden puzzle shortage. “We were not prepared for this demand surge,” he said.

The company has been trying to hire to ramp up production at the same time it’s respecting social distancing and stay-at-home rules in various markets. The company has also temporarily discontinued sales through its website, though that was never a large chunk of its business. Instead, the puzzles tend to be sold through retail partners like Barnes & Noble and Target, and Ravensburger is focused on making sure they’re stocked for April.

This sudden puzzle buzz is an unusual bit of excitement for such a traditional industry. And dealing with a puzzle crisis is something that Kaeppeler would never have imagined when he started with Ravensburger almost 20 years ago.

“I would go back to something people would say to me early on,” he said. “When I told them I was joining the company, they would ask whether I really think this is a business that’s going to be around 20 years from. And in some sleeplessness nights, I wondered the same thing. And now we are 20 years past that, and when you look at the consumer demographics, puzzles are more popular than ever.” 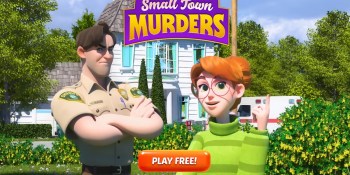 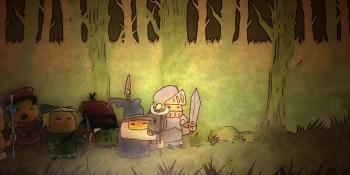 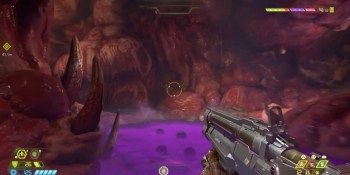 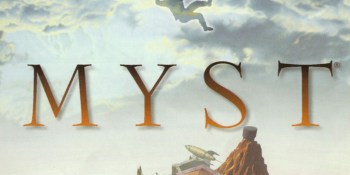