Intel is launching its eight-core 10th Gen Intel Core i7 processors today, and lots of laptops are expected to debut in mid-April with the technology. Razer is also including Nvdia’s GeForce RTX Super GPUs with the second-generation of Max-Q power-saving technology.

The Irvine, California-based company is packing the new tech into its signature black aluminum chassis. Complemented with a new keyboard layout, upgraded I/O, and SSD storage, the Blade 15 gives users the power to play high-end games and create content at the same time. Intel says the new machines are targeted at people who are gamers and also need to create content, such as YouTube videos, at the same time. 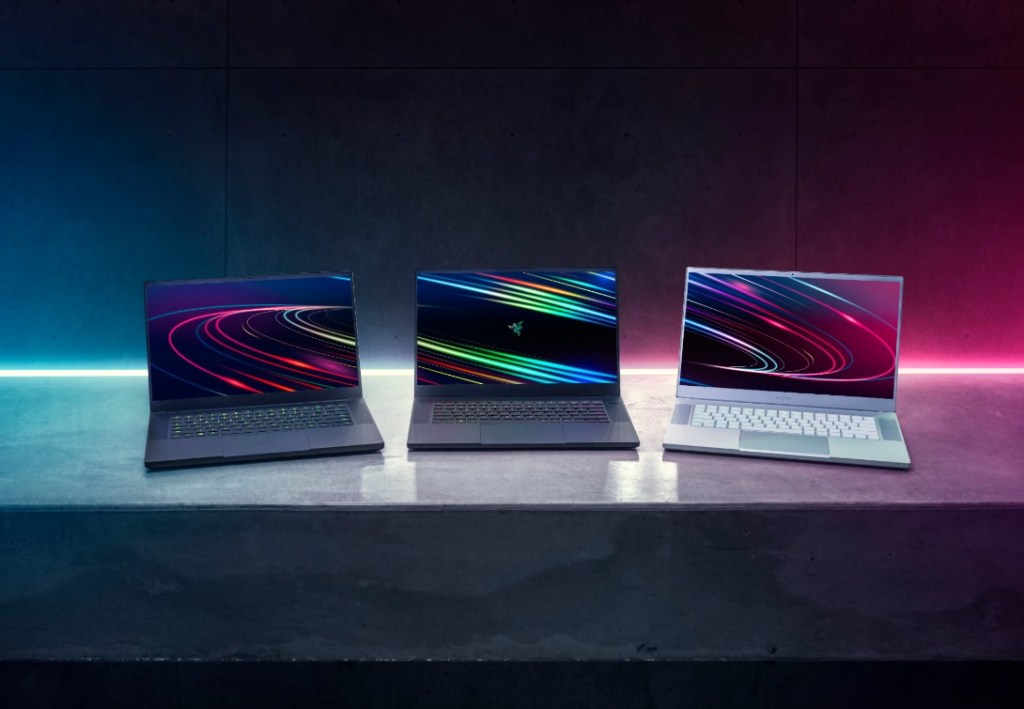 Above: Razer Blade 15 has multiple models.

The width is less than an inch (0.78 inches). Razer hasn’t said how much battery life the machine will have, but Intel has said some models from various manufacturers are getting around 20 hours of battery life. 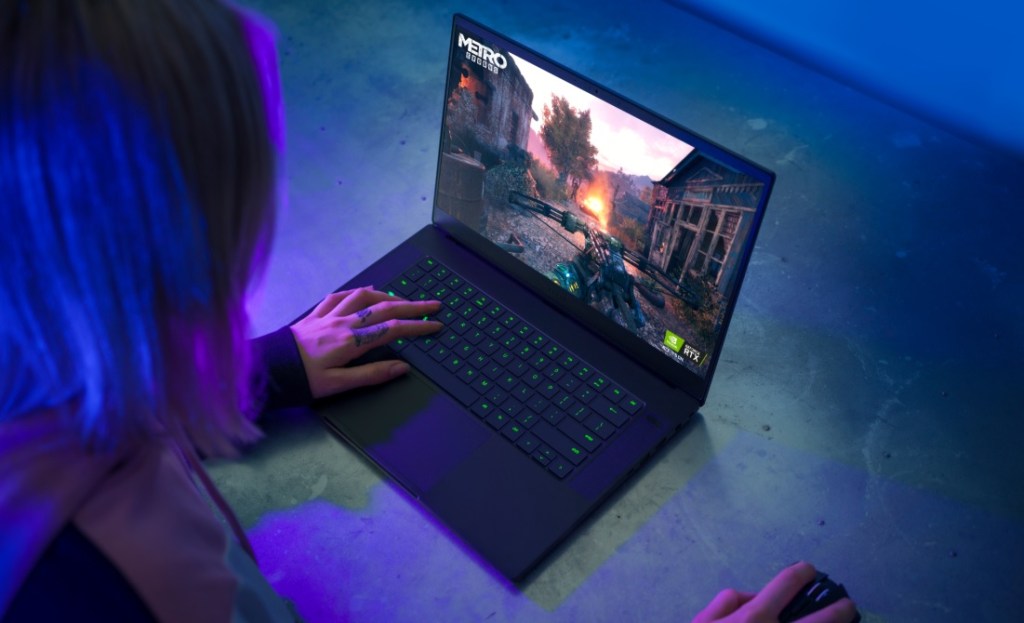 Above: Razer Blade 15 is built for gaming and content creation.

The advanced model comes with the 8-core 10th Gen Intel Core i7-10875H processor with 16 threads. It runs at a base speed of 2.3GHz and up to 5.1GHz at Max Turbo. It comes with Nvidia GeForce RTX 2070 Super or Nvidia GeForce RTX 2080 Super GPUs. And it has second-generation Max-Q power-saving technology, which is twice as power-efficient as the previous generation.

The 15.6 screen is a 300Hz full HD screen with 100% sRGB, a wide viewing angle, and OLED touchscreen. It has 512GB to 1TB SSD storage, an 80-watt rechargeable lithium-ion polymer battery, and per-key RGB powered by Razer Chroma keyboard. It is 0.70 inches thick.

The Nvidia GeForce RTX 2080 Super GUP has up to 25% increased performance over the original RTX GPUs, with up to 8 GB of high-bandwidth GDDR6 memory.

For content creators and entertainment enthusiasts, the Blade 15 is also available with a 4K OLED display. The 4K OLED display covers 100% of the DCI-P3 color space and is available in both a touch and non-touch variant. Each panel comes custom-calibrated for color accuracy.

“We really wanted to make a laptop that is thinner, aesthetically pleasing, as well as high performance,” said Eugene Kuo, systems marketing manager at Razer, in an interview.

Both models come with wireless features such as the new Intel Wi-Fi 6 AX201 (Gig+) wireless, capable of up to 2.4Gbps network speeds, and higher frequency 2933Mhz DDR4 memory. The connectivity options include USB 3.1 Gen 2 Type-A ports, an HDMI port, a USB Type-C port, and a Thunderbolt 3 (USB-C) port.

Select models of Blade 15 support charging via the USB Type-C ports with a 20V USB-C charger, for emergency situations, and a fast UHS-III SD card reader, for those needing to quickly move work from one device to another.

“We’ve developed the most powerful Blade ever. Not only did we increase performance, but we’ve also improved many other aspects of the product itself. There’s more speed. There are more cores, and we’ve added Nvida GeForce RTX Super graphics.”