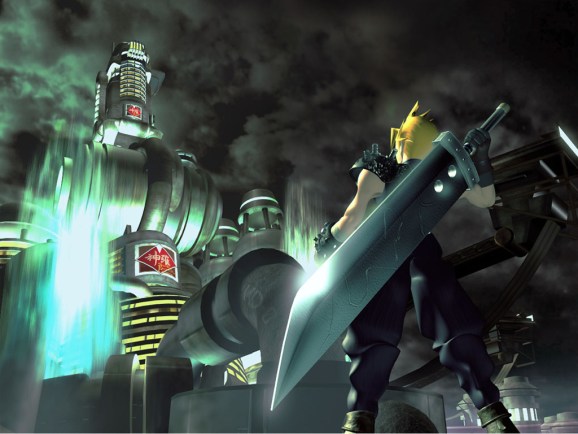 We’re getting close to the April 10 launch of Final Fantasy VII Remake for PlayStation 4. So before we all get caught up with what’s new, I’d like to take a moment to talk about why the original is so danged special.

Final Fantasy VII came out for the PlayStation back in 1997. I was 11, but I understood even before launch that the game would be a big deal. There’s a lot of mystique behind Final Fantasy VII. First off, it was a big deal that it was going to be a PlayStation exclusive. Up until that point, Final Fantasy had lived on Nintendo consoles. Seeing such a big franchise switch sides seemed like a sign that times were changing. Sure enough, Sony would soon overcome Nintendo as the market leader.

Also, as silly as it may seem now, even the name was intriguing. Before this, I was used to an entirely different numbering system for the series. In the U.S., the game that was Final Fantasy VI in Japan, for example, was Final Fantasy III. So, all of a sudden, we were going from Final Fantasy III to Final Fantasy VII. It was fun using the then limited resources on the internet to learn about why we missed out on a bunch of entries in the series. It was an accidental piece of marketing brilliance, since it made me more interested in the franchise.

We were also still getting used to 3D games in 1997. It was interesting any time you saw a classic, 2D franchise make the leap from pixels to polygons. And aside from Final Fantasy making the jump to the 3D, this was a big deal for RPGs in general. If you look at the RPGs that came out for the PlayStation before Final Fantasy VII — like Suikoden or Beyond the Beyond — many of them still relied on pixel art and 2D sprites. Final Fantasy VII looked leagues beyond them.

But even with all that intrigue and hype, the actual game was a shocking display of spectacle. I remember watching a video of Final Fantasy VII before it came out, something I probably downloaded off of AOL or something. It was short, it just showed Cloud walking down some stairs and getting into a random battle. But Final Fantasy VII’s blend of 3D characters against prerendered backgrounds looked spectacular. Yes, those stubby, triangular characters may look primitive now, but they displayed so much more movement and action than the 2D characters I was used to.

The real highlight of this video, which probably was displayed at a resolution so low that I dare not speak its dimensions, was when a character used a summon. In Final Fantasy, these are powerful magic spells that literally summon creatures, monsters, or gods for a special attack. These were neat in past games, but they became enormous and epic in Final Fantasy VII. I still remember seeing the summon from this video, Leviathan, for the first time. He summons a tidal wave that rises and rushes over all enemies. It was by far the coolest thing I had even seen in a game.

Then I got to play the actual game, which has one of the most iconic openings of all time. I think we all remember the first time we saw the camera zoom out from the mysterious flower girl, up into the sky and looking down on a futuristic city, then come back down to focus on a train careening into a station. Prerendered cutscenes were still rare and exciting, and this was the greatest one most of us had ever seen.

And the whole game was littered with awesome cutscenes, vast landscapes, and epic summons. Now, I don’t mean to downplay Final Fantasy VII’s competence as an RPG. It continued using the brilliant ATB (Active Time Battle) system that had become a mainstay of the series at that point, which combines turn-based strategy with real-time tension. The Materia system, which allowed you to level up specific spells and then swap them between characters, was also a lot of fun.

As excited as I am for the remake, I don’t know if it can be the industry milestone that the original was back in 1997.