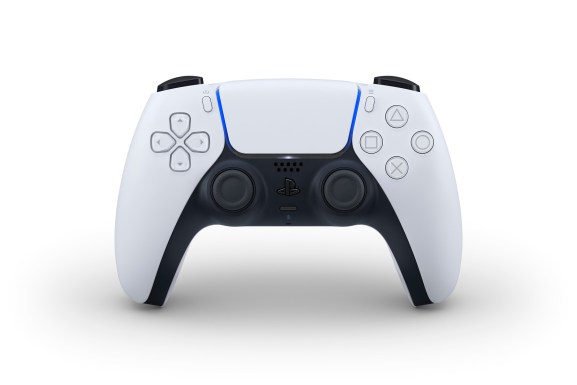 The PlayStation 5 is launching this holiday, and Sony is releasing a new controller to go along with the system. The PS5’s DualSense is a followup to the DualShock gamepads. It features the same basic structure with symmetrical dual analog sticks and the familiar face buttons. But Sony is building on that foundation with new features such as haptic feedback and adaptive-resistance triggers. The idea is to enable players to feel their games.

“We had a great opportunity with PS5 to innovate by offering game creators the ability to explore how they can heighten that feeling of immersion through our new controller,” PlayStation platform boss Hideaki Nishino wrote in a blog post. “This is why we adopted haptic feedback, which adds a variety of powerful sensations you’ll feel when you play, such as the slow grittiness of driving a car through mud. We also incorporated adaptive triggers into the L2 and R2 buttons of DualSense so you can truly feel the tension of your actions, like when drawing a bow to shoot an arrow.”

DualSense also includes multiple microphones, which enables you to communicate with friends even if you don’t have a headset.

Sony is also dropping the “Share” button and replacing it with “Create.” This introduces new ways for players to create and share content from their gameplay.

“Our goal with DualSense is to give gamers the feeling of being transported into the game world as soon as they open the box,” said Nishino. “We want gamers to feel like the controller is an extension of themselves when they’re playing – so much so that they forget that it’s even in their hands.”

Sony is sending the DualSense out to developers now.