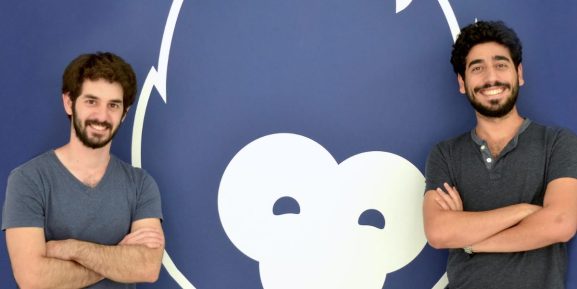 Tonkean, a software startup developing a no-code workflow automation platform for the enterprise, today announced that it secured $24 million in venture capital. The tranche will be put toward expanding the company’s global reach, according to CEO Sagi Eliyahu, and laying runway for future product launches.

“This is an important time for companies to focus on operations. Companies that can quickly adapt their operations to better support their customers and employees while maintaining efficiency will be better positioned to survive, or even thrive, in the long run,” Eliyahu told VentureBeat via email. “The massive market disruption caused by the pandemic has shined a light on a fact that we’ve known to be true now for a long time; operations are foundational to the long-term success of any business.”

The value proposition of Tonkean’s cloud platform is twofold: It gives businesses and teams within those businesses the ability to tailor workflows to systems, employees, and processes, while at the same time solving challenges in a way that doesn’t require many customizations. In theory, this minimizes the need for change management.

Customers can use Tonkean to proactively reach out and follow people via email, Slack, or Microsoft Teams to deliver data and actions to them, or to keep track and manage performance across processes, people, and systems. Moreover, they can automate manual steps such as triaging finance requests, routing items to team members, and chasing status updates. And they can dive into live details of individual jobs and see aggregate views of metrics and KPIs (e.g., turnaround time, turnover rate, and cycle times for tasks).

Competition is fierce in the global workflow automation market. Research and Markets anticipates it will grow by at least $19 billion in the next five years, fueled by “shifting dynamics” and high demand in the software segment. The segment’s robustness has bolstered robotic process automation firms like Automation Anywhere, which recently raised $290 million at a $6.8 billion valuation; UiPath, which in April 2019 raised $568 million at a $7 billion valuation; and smaller startup companies like Tray.io, Automation Hero, Kryon, and Softomotive.

But Tonkean already counts brands like Salesforce, TripActions, Microsoft, Lyft, and Thomson Reuters among its dozens of customers. At travel site booking site Hopper, implementation specialist Nicolas Botero says that Tonkean is powering the bulk of the company’s customer service processes. “After building up an automation infrastructure anchored around Tonkean, we have been able to service tens of thousands of distressed travelers during the current pandemic by leveraging the platform to expand our messaging capabilities. At Hopper, we strike to have a bias for action, and we would not have been as flexible and decisive in these difficult times without Tonkean’s support,” he said.

Tonkean — which Eliyahu cofounded with fellow Jive Software veteran Offir Talmor in 2015 — is headquartered in San Francisco, with an R&D office in Tel Aviv. It has 25 employees, and it’s looking to “significantly” grow across GTM and R&D functions after a 10-month period in which profitability and the size of Tonkean’s portfolio grew 10 times.