Call of Duty: Warzone is Activision’s most successful post-launch content for a Call of Duty game, with more than 50 million downloads for the free-to-play battle royale mode in just a month.

And yes, I’m one of those players working hard from home. But the latest update threw me for a loop. The standalone download, set in the rebooted universe of Call of Duty: Modern Warfare, is also unique because Activision’s Infinity Ward studio continues to drop new narrative elements into each new season of Warzone.

If you made it through the Call of Duty: Modern Warfare campaign (spoiler alert), you’ll know that the hero, Alex, went off to sacrifice himself while Captain Price survived and teed up the sequel by asking his boss  to form a new counter-terrorist group, dubbed Task Force 141. But in the cinematic that kicks off season 3 of Warzone, Alex came back. Simon “Ghost” Riley, who wears a scary skeleton mask, had asked for help. And Alex showed up, now with a prosthetic leg.

They’re in the port town of Verdansk in Eastern Ukraine. When 150 players land on this map for a battle royale match, they may not realize they’re part of a story. This place was where the East and the West settled their differences, and when the terrorists of Al-Qatala showed up, they all fought together. Warzone takes place after this, and when poison gas pushes everyone together, the operators on both sides fight each other. Everybody fights everybody.

That’s what I heard in an interview with Taylor Kurosaki, the narrative director at Infinity Ward. We talked about our experiences playing Warzone, and he filled me in on the story. It feels like Warzone is becoming a vehicle for rolling out more pieces of the plot for the next game. That’s a guess. 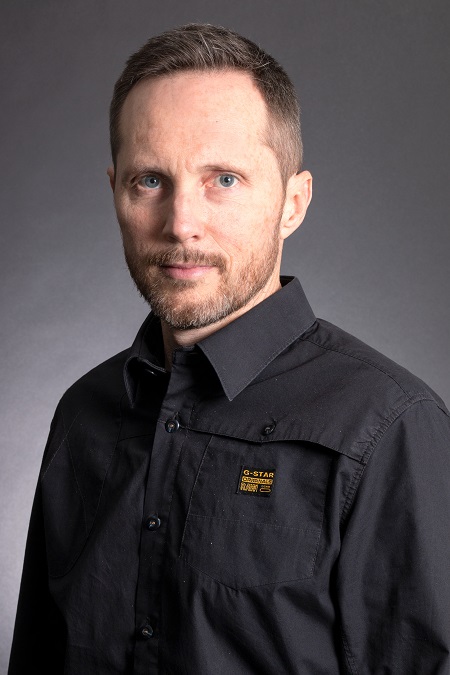 Taylor Kurosaki: I’ve been having a ton of fun with the game. We don’t usually get that much time to play, because we’re so busy at the office. Now — it’s a smoother transition with the team. You can jump over and play some matches. I’m having a ton of fun with it. I’m like you, traditionally. I’m not a massive MP guy. It’s cool when you’ve been working on something so hard and you’re actually a fan of it and having fun playing it, totally outside of your input on it. It’s addictive.

GamesBeat: I sadly have not won a match yet. Out of 63 matches, I came in second once. I’m getting close.

Kurosaki: What about Blood Money and Plunder?

GamesBeat: I only did one Plunder match. I haven’t tried Blood Money yet. I still keep trying to win at the three- or four-player modes. I’m concentrating on that.

Kurosaki: I have a second place as well in battle royale. But I probably play the most in Plunder and Blood Money. It’s a little more accessible, a little more casual-friendly. For example, I have won a Plunder match with zero kills.

GamesBeat: Just going around collecting everything?

Kurosaki: Yeah! It’s about how coordinated you can be as a squad, taking on contracts, looting. You can win literally without getting in a firefight if you choose to play that way.

GamesBeat: I wanted to get into the design of it a bit, some of the decisions you made here. That’s an interesting way to make battle royale more accessible.

Kurosaki: We felt like if we were going to make a battle royale mode, we didn’t just want to make a me-too mode. We thought about some of the cool additions and ingredients we could add to the mode. Obviously the gulag is one that hearkens back to the old games. I used to dread — I’m vacillating between official answers and my personal anecdotes, but it’s hard to separate. I used to dread going into the gulag. Now my last three or four times in the gulag I’ve won. I don’t dread it quite as much. It feels like a little mini-version of a gunfight. That was something important to us. 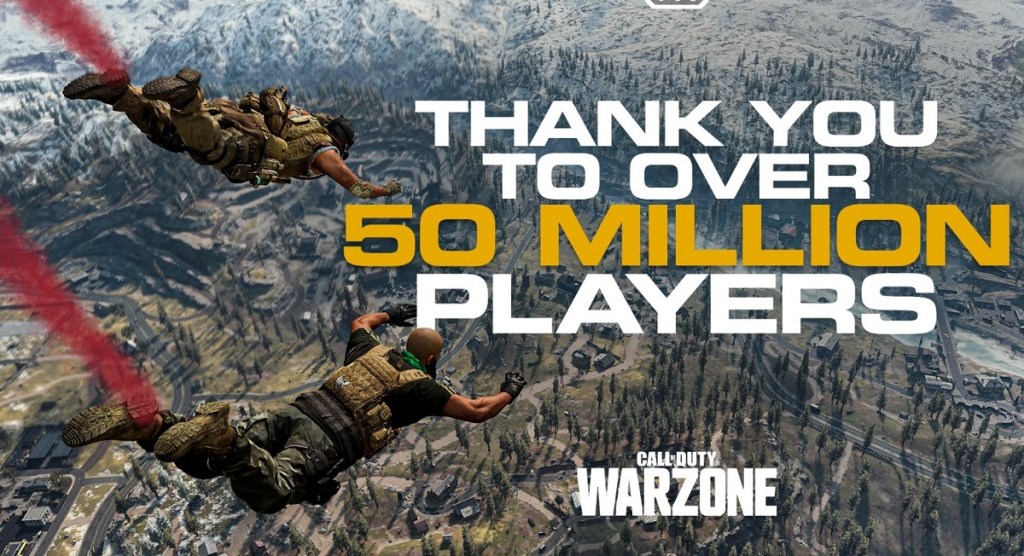 Above: Call of Duty: Warzone has hit 50 million players.

GamesBeat: That was surprisingly fun. In the battle royale games I’ve played, I’ve never seen that, where you have to fight somebody to try to come back.

Kurosaki: I thought it was a smart addition. One of the high-level strategic things that can happen, if you and a squadmate get wiped in time with each other, sometimes your squadmate can be up observing while you’re fighting, or vice versa, and be calling out where your opponent is moving in the showers.

GamesBeat: I’ve done that quite a bit, yeah. “He’s on the left side!”

Kurosaki: Right. There’s a whole other level of teamwork that happens, even in that little part of the match.

GamesBeat: It’s very satisfying when you come back that way, or somebody actually buys you back. I thought that part was also another nice touch. It’s a way to keep you watching a match that you’d otherwise drop out of.

Kurosaki: Totally. You can have one of your squadmates left living, or you can be the last remaining squadmate, and there’s still a chance to turn that all the way around and get both of your squadmates back in, either by buying them in or them winning in the gulag. It keeps the excitement up. It’s almost like sudden death, or a three-point shot in basketball. There are ways to make up ground late, which keeps it exciting all the way to the end.

GamesBeat: Last night I downloaded the new season. We have a story here now.

Kurosaki: We’ve had a story kind of throughout. The important way to look at it is, when we set out to make the game way back at the end of 2016, a big tenet for us was–I’m going to parrot this back, because it’s been drilled into my head so much. It’s consistency and continuity across all modes. In the same way that cross play allows our players to all come together and play, you want progress that you’ve made in one mode to feel like it’s additive toward your progress in the other modes. Skills you acquire in one mode feel like they’re applicable to other modes.

If you go back and watch the season one intro movie, that’s telling a bit of the story. Then you watch the season two intro movie, the one where Ghost made his appearance. That’s telling a bit more of the story. Now with season three’s intro, it’s continuing that narrative thread. We’re going somewhere with it. Hopefully the players that care about that stuff–I care about it, of course, as a big campaign fan. There’s a lot to discover. We’re going to make discoveries the players can find available as we continue to evolve the mode. 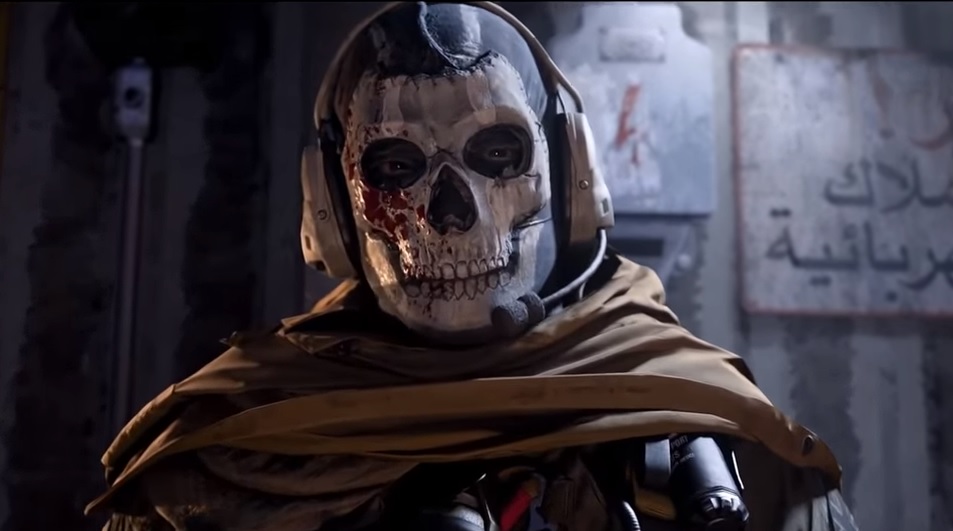 Kurosaki: He is not dead. The important thing for Alex, when he made that choice to fight for something he believed in, when he made that choice to be willing to–rather than being ordered to complete a mission, but to be able to choose the mission that was important to him, it wasn’t, for us, about him actually dying. It was about being willing to make the choice, to be willing to sacrifice himself. That still holds.

The fact that he was able to choose his own battle, so to speak, for the first time in his career, and fight for something he believed in, and not just for something that he was ordered to fight for — and he was able to accomplish the mission as you saw at the end of the game, because of course the lab blows up — and he figured out a way to get out, despite the odds being stacked against him, he’s now a changed guy. He’s a guy who has evolved. I want to keep seeing where he goes from here.

GamesBeat: Warzone seems like a bit of a difficult way to tell a story. Your chance is with these new seasons.

Kurosaki: With the season intros, that’s where we’re earmarking a new cinematic that continues the story. But all that is a setup for the discoveries that the players will make when they’re playing the mode. There are Easter eggs in the maps, hidden areas in the maps.

As you saw, for example, in the season two intro movie, Ghost makes his appearance and relays to Price that there’s a concept of blue-on-blue violence, meaning that members of the same squad, or members of the same allegiances–there’s friendly fire going on. This is a big problem and we have to figure out why this is happening. He says, “Send me fighters I can trust.” He can’t do it alone. Then, with season three and Alex showing up, there’s the answer. Here’s a fighter he can trust. Now the two of them, as well as all the operators–they all want to figure out there’s this intra-squad violence happening. Who’s behind it? Who is stoking the flames? Who’s sowing distrust? What’s their ultimate goal?