Ray tracing is now available in the Windows 10 version of Minecraft. This enables you to get the next-gen lighting technology in the block-building game. Since it’s out now, I can talk a bit about my experience with it, why you should try it, and how it performs.

Let’s start with the performance, because I think the visual fidelity is evident in videos and trailers. As is the case in every RTX-capable game, ray tracing is a massive drag on framerate. On an RTX 2080 Ti video card with an i9-9900K, I can easily max out over 144 frames per second with ray tracing off. Turning the RTX features on, however, causes the framerate to plummet into the 30-to-50 frames-per-second range.

In a briefing with Nvidia, the company referred to these as “playable framerates,” and I agree. Even on an RTX 2070 Max-Q laptop, I rarely dropped below 40 frames per second. And that is high enough to enjoy Minecraft without issue.

You will have to decide if the tradeoff between frames and visuals is worth it. But at least in the beta, you can swap between RTX and traditional lighting at any time by hitting the semicolon button.

I don’t spend hours building structures in Minecraft, so for me, the physical lighting model brings the world to life. It’s absolutely the way I want to play.

DLSS in Minecraft with RTX

To even get the proverbial “playable framerates,” however, Nvidia is relying on one of its most clever tricks: deep-learning super sampling (DLSS). This uses an AI algorithm to rebuild a lower-res frame into what it should look like at 1080p or 4K.

In Minecraft, DLSS just works and you will struggle to notice the difference between its “fake” 4K and native 4K. But this is a good reminder of just how taxing ray tracing is. It doesn’t matter that Minecraft is a game with simple visuals, relatively few polygons, and low-quality textures.

Calculating the behavior of light bouncing around any environment is computationally taxing. And we’re lucky that Nvidia has smart solutions like DLSS to make it even close to viable today.

You should try Minecraft with RTX

If you have an RTX video card, you should see Minecraft with RTX for yourself. It’s a game that we are all so familiar with that it really is a wonderful illustration of what ray tracing is capable of. Minecraft shouldn’t look this good.

Paradoxically, the visual effects are most noticeable when you stop looking for them. When you just start playing Minecraft as the game, the overt and subtle ray-tracing elements make the environment feel like a real, physical space.

But I don’t mean that this game is now photorealistic. It’s more like you were transported inside of the game. Like it’s its own reality with its own periodic table but with a similar set of physical laws governing the movement of light.

It’s hard to explain, but it’s really not hard to see. And yes, the RTX features are noticeable in a YouTube video on any device. But there’s something about moving through a space on your own that really makes it all sink in.

Minecraft with RTX beta is available to play now by downloading the beta through the Microsoft Store. 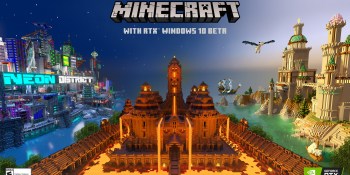 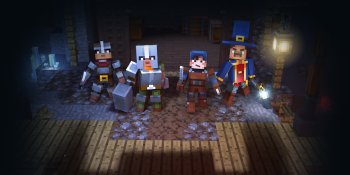 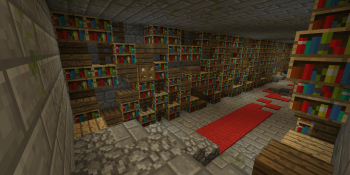 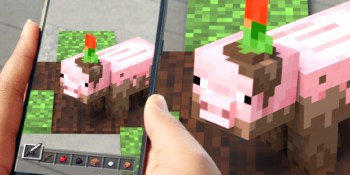