The game industry is known for its fierce competition. But during the coronavirus, cooperation is happening. As the people who run these companies go beyond survival mode, they are stepping up with charitable efforts, donations, and awareness campaigns.

It’s getting hard to keep track of everything. The biggest effort is PlayApartTogether, a campaign joined by 56 game companies so far. This group has agreed to spread messages from the World Health Organization to try to slow the spread of COVID-19. They are encouraging physical distancing, hand hygiene, respiratory etiquette, and other preventive actions people can take to fight COVID-19. The campaign started at Zynga, and it caught on fire as virtually everybody came on board.

Bernard Kim of Zynga will talk about this rare moment at our GamesBeat Summit Digital event on April 28 and April 29.

And so much more is going on. Anheuser-Busch’s Bud Light brand is holding a charity battle royale tournament with Call of Duty: Warzone. Top athletes from the MLB, NFL, women’s soccer, NHL, and the NBA will take part in the celebrity event. All told, Bud Light will donate $500,000 to charities supported by the players.

Facebook Gaming and Greenlit Content are starting a PlayApartTogether tournament today and running for the next eight weeks, with celebrities fighting each other in a variety of games like Fortnite, Rocket League, NBA 2K20, and FIFA 20.

Razer retooled its factories that normally make keyboards and mice and put them to work on making a million masks. It also designated $50 million to support its business partners and tide them over the negative impacts of the pandemic. 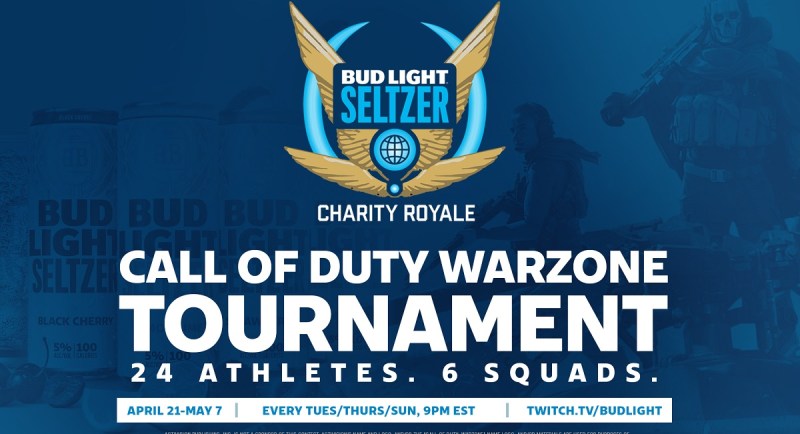 Above: Bud Light’s Warzone esports event will raise $500,000 for charity.

At Microsoft, the Xbox team has created its “Support a Hero” page on Xbox.com. It also enables players to use their Microsoft Rewards to donate to the CDC Foundation. Those are just a couple of many things going on at Microsoft.

At Electronic Arts, the message is “Stay home. Play together.” EA is inviting 20 pro footballers from 20 of Europe’s biggest soccer clubs to participate in the EA Sports FIFA Stay and Play Cup, which started Thursday and continues through April 19. At the conclusion of the event, EA will donate $1 million to Global Giving’s Relief Fund.

Destiny maker Bungie raised $350,000 in its first 24 hours of a community fundraiser to support healthcare workers. Roblox is launching its One World: Together at Home Concert for its players on April 19 as part of a COVID relief effort.

2K also said it has partnered with Humble Bundle to offer a selection of titles as part of the Humble 2K’s Game Together Bundle, with a portion of 2K’s revenue going to support International Medical Corps in its COVID-19 relief efforts. 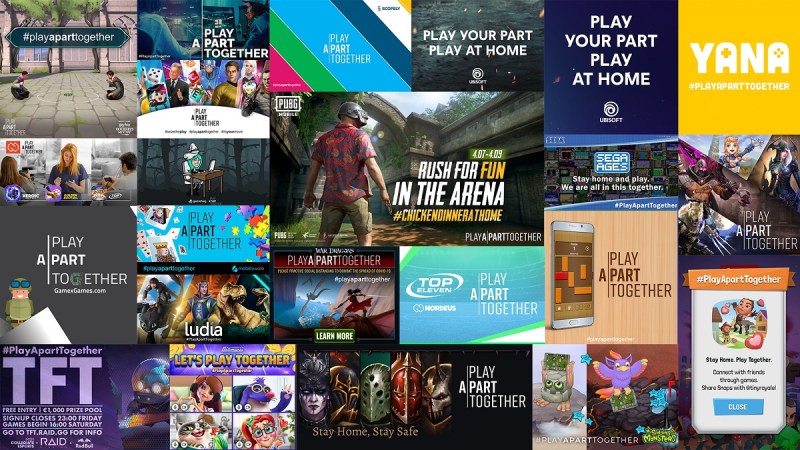 Above: PlayApartTogether is supporting the WHO.

Allied Esports and Club 42 already ran an esports show with pro gamers like NickEh30 and Bugha to raise funds for the Jackie Robinson Foundation to raise funds for students affected by COVID-19. And Sweden’s MAG Interactive also said it would donate all proceeds from its April 10 proceeds for QuizDuel and New QuizDuel mobile games to the World Health Organization’s COVID-19 Solidarity Response Fund in the fight against the coronavirus.

It’s heartening to see all the activity. And thankfully, the game industry hasn’t been hit as hard as other industries. Our small role: We’ll have nine leaders from different charities or nonprofits speaking at our GamesBeat Summit Digital event, and we’ll be highlighting their causes.

We could all be celebrating how we’re on top, how games are growing, and how we’re lording over everyone else. But that’s not us. That’s not the game industry that I know. This is an industry that rallies together when it needs to join in a common cause. We don’t see these moments often. But let’s celebrate this silver lining of the crisis that has forced us together. And give back.