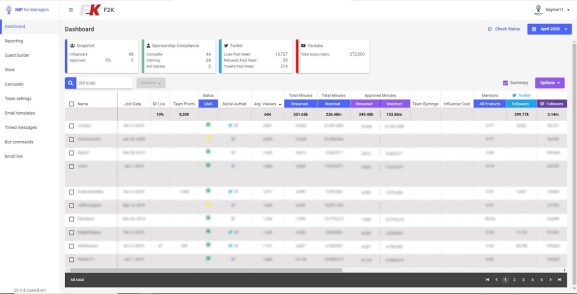 Opera Event is an influencer platform.

Opera Event has raised $5 million for its unified influencer platform, which connects advertisers and influencers. Antera led the round, with participation from previous investors Atlas Ventures, Everblue Management, and Konvoy Ventures.

The Oakland, California-based Opera Event has created a management, engagement, and rewards platform for influencer management, enabling team organization and administration for creators and influencers across esports and social media. With Opera Event, influencers can organize teams to combine and grow audiences and attract advertisers.

Designed as a full solution for influencers, teams, and brands, the platform lets influencers manage across Twitch, YouTube, Discord, Twitter, and other social platforms, making running and tracking programmatic campaigns as simple as a few clicks. Brands can use the platform to select and oversee Opera Event teams to create, promote, and scale campaigns in a transparent way. Opera Event optimizes campaign management through detailed reporting dashboards as content is created and distributed.

Opera Event CEO Brandon Byrne said in a statement that the company will help influencers evolve, enabling them to band together, create standards, and take a unified message to their audiences. He said the funding will allow the company to explore other verticals, hire internally, and continue to develop the software needed to power the next step in influencer media.

With its new round of funding, Opera Event will expand its development team, as well as grow its sales and marketing efforts. The platform has attracted more than 60 esports teams, representing a combined 1.7 billion streaming minutes on Twitch per month.

Byrne, a veteran of Curse and Team Liquid, started the company in 2016, and it has 18 employees.