Five years ago today, Apple released the original Apple Watch into a decidedly skeptical marketplace. Facing calls to demonstrate its continued ability to innovate after the untimely death of CEO Steve Jobs, the company fumbled for a resonant pitch, offering the Watch as a cure for iPhone addiction — particularly for always-connected workers — or as a way to monitor your health, and perhaps least plausibly, as a luxe fashion statement. At the time, executives suggested they were confident in their general direction but would use real-world testing to polish the first model into something essential.

After refocusing on health and fitness while downplaying work and fashion, the Apple Watch evolved into a roaring success. By mid-2018, Apple’s wearables division was generating over $9 billion in annual revenue, enough to rival a standalone Fortune 300 company. Earlier this year, the Watch helped Apple’s wearables division exceed $20 billion in revenues — equivalent to a Fortune 150 company. It’s been the best-selling watch in the world for over two years, and a recent report claimed it now outsells all Swiss watches combined.

To celebrate the Apple Watch’s fifth birthday, here are five key takeaways from this somewhat improbable success story. After its tentative early days, it’s now clear the Apple Watch is here to stay and leading an important movement toward smaller, even more personal consumer electronics — though certainly not perfectly.

Apple made a number of mistakes with the original Watch, including the company’s decision to market the wearable as a solution to a problem it had helped create: smartphone addiction. Earnest Apple execs began bemoaning how phone-fixated users had become — constantly checking for work- and social media-related notifications — and suggested that the Watch could let people finally walk away from their phones. The pitch felt like a drug dealer offering to supply downers as a cure for uppers while hoping to keep selling both. 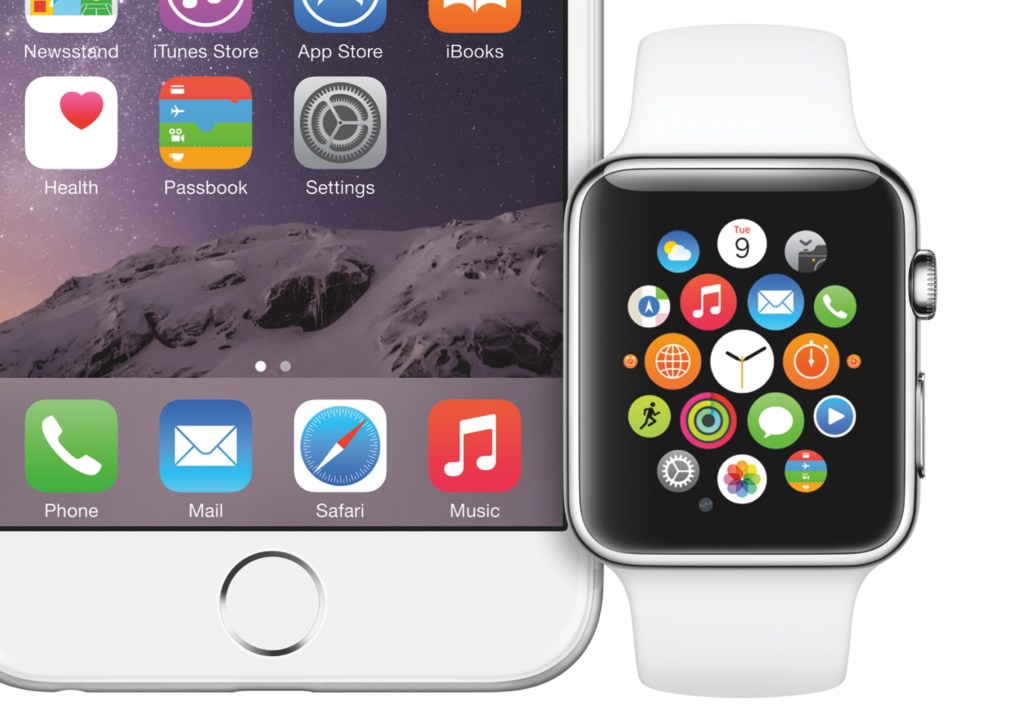 Above: The Apple Watch has relied on an iPhone since the beginning.

Worse yet, the original Watch didn’t actually make things much better, if at all. Early users discovered that their phone notifications were being transformed into constant taps and screen flashes on their wrists, many of which couldn’t actually be addressed on the Watch itself. It took user effort to cut down the wrist notifications to reasonable levels and new versions of watchOS to let the Watch actually deal with notifications, rather than referring users back to their phones.

One possible takeaway here is that the Watch succeeded even though it didn’t deliver on some of its earliest promises. Five years after the Apple Watch’s release, relatively few people would say that even the latest models (with optional cellular functionality) truly free them from the need to keep their phones handy. But that doesn’t mean the Watch completely failed here. An increasing number of people now rely solely on the wearable to stay in touch during workouts, swims, and runs — an improvement, if not a complete cure.

Superficially, Apple’s interest in the health industry appeared to come out of nowhere. It hadn’t been a focus at all before the Watch went into development, though CEO Tim Cook’s board-level involvement with Nike and Apple’s partnership on Nike+ accessories signaled a more than passing interest in fitness. To the best of my recollection, no one at Apple pointed to a specific event (such as Jobs’ unfortunate passing) as the catalyst for a health-focused product, but it was clear that something — perhaps the groundwork laid by Fitbit wearables? — had sparked executive interest.

Health and fitness features were only a fraction of the initial Apple Watch pitch, but they’ve since become two of the most important reasons to own an Apple wearable. Speaking from personal experience, every member of my immediate family now wears an Apple Watch for heart monitoring, which has improved repeatedly, thanks to new hardware and software. The phrase “killer app” feels wrong here, as the health features continue to actually save lives, but Apple’s leadership in winning regulatory support for an ECG-capable wearable was a huge selling point for many people. 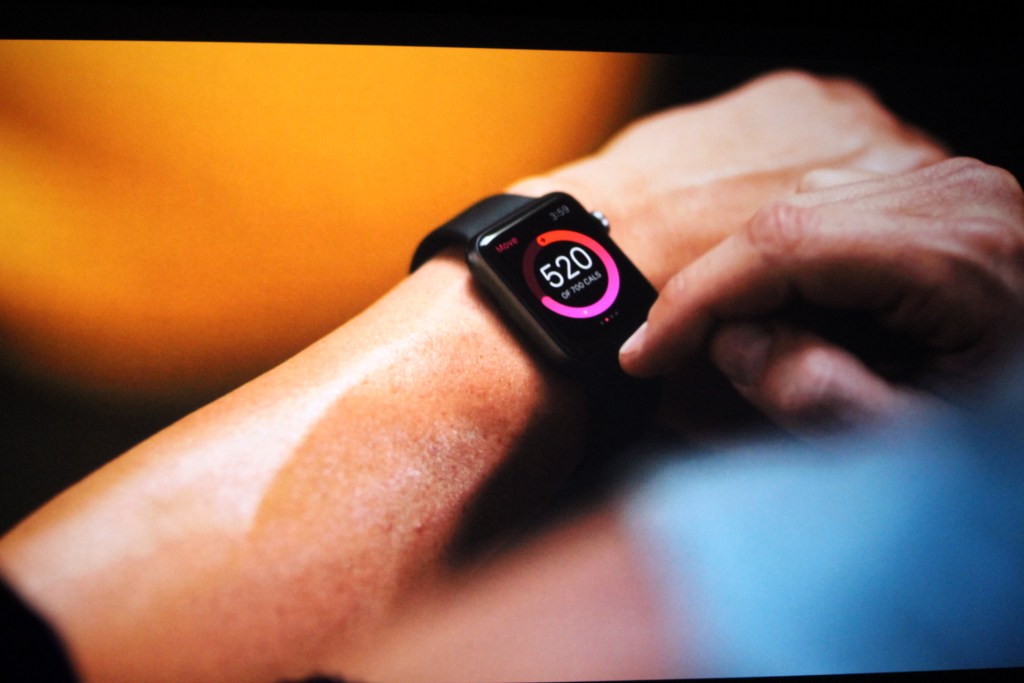 Above: The Fitness app on the Apple Watch

Fitness is the other side of the health coin, and the Apple Watch was in good shape there from day one and has only gotten better with time. Whether you consider wrist-based fitness activity measurements to be science, pseudoscience, or something in between, tracking steps, runs, workouts, and more with a single wearable is undeniably convenient. Apple launched the Watch with some activity tracking, then added fitness categories, GPS, waterproofing, elevation monitoring, and a compass through various hardware and software updates.

Interestingly, the big “What will the Watch do?” story everyone initially focused on — third-party apps — went nowhere. Porting iPhone apps and games to the Watch turned out to be a fool’s errand, as the discomfort of holding your arm up and swiping the tiny screen for extended periods killed any prospect of deep interactions. There have been a handful of Watch app success stories, but they’ve tended to be health- or fitness-focused, offering functionality not found or not done as well in Apple’s own apps.

The takeaway here: Sometimes a product’s secondary feature or focus becomes the key reason people fall in love with it. Apple’s decision not to anchor the Watch’s appeal solely to its health functionality kept it from coming across as yet another pedantic tech company looking to profit from users’ health needs. But it leveraged the Watch to become a major source of wearers’ health data and mitigated concerns with heavy privacy marketing.

A note on Siri

At one point, Apple made an attempt to pitch the Apple Watch as a good way to interact with Siri — the AI assistant that debuted on the iPhone before making its way into other devices. But if there was any feature that revealed how underpowered the initial Watch model was, it was Siri, lagging whenever it was initially evoked, then pausing to ask its companion iPhone or a cloud server for help. It was a bad look for Siri, which was already riddled with problems, and for Apple. 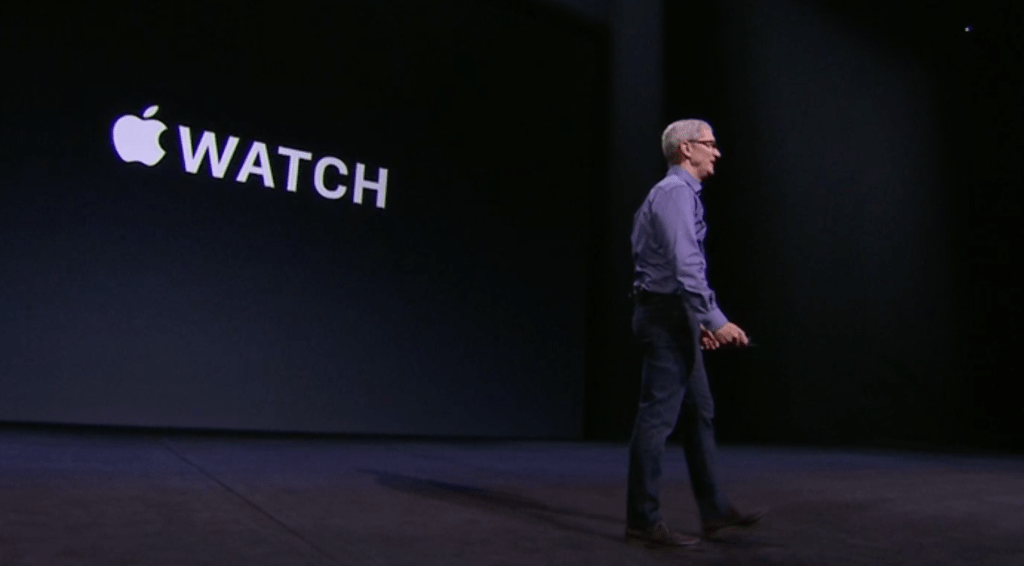 The company course-corrected by replacing the original Watch with a “Series 1” model that was externally identical but had a new processor inside with twice the performance. Consequently, Siri became somewhat more usable on Series 1, and comfortable enough not to elicit complaints by Series 3. But even today it leans on a connected iPhone for some things (“tell me the news”), and I don’t know anyone personally who uses Siri on the Watch with any regularity. Some recent Apple Watch customers don’t even know the feature is there.

My takeaway: The Watch may have the hardware-level ability to handle a feature like Siri, but that doesn’t mean it will take off, particularly when the first version was poorly executed. Getting each feature right from day one is important, and if the Watch continues to evolve past its current feature set, half-steps might not feel like real steps forward at all.

Apple has seemingly thumbed its nose at two Apple Watch topics since the beginning, one of which is hardware-specific: battery life. The company launched the original watch with a promise of 18 hours of typical run time, and five years later that promise hasn’t changed. In reality, the Watch can run for around two days under some circumstances (like working from home without exercising), but in others, such as aggressive workout tracking or making phone calls through the device, the number drops into the mid- to low-single-digit hours.

Apple knew that it was making a potentially controversial choice by releasing a device that needed to be charged every day but shrugged it off, telling users to remove their Watches at night and refuel them alongside their iPhones. That has become a lifestyle adjustment for millions of users, including countless people who were accustomed to not worrying about watch batteries for years or wearing their watches to bed.

My takeaway here is that strong sales of the Apple Watch might suggest users are tolerating Apple’s decision, but that doesn’t mean they like it. Other watches can be worn for days at a time, increasing their convenience for users while enabling sleep tracking. Five years in, battery limitations remain a weakness across all Apple Watches, one that only new hardware is likely to address.

There’s no simple way of characterizing Apple’s approach to fashion with the Apple Watch. From day one, the concept was to package identical internal hardware inside multiple housings — aluminum, steel, or gold — then differentiate them with pricing and one or two exclusive faces for certain models. Apple chased a niche audience of watch-obsessive horologists with its faces, suggesting that customers would want to focus on chronographs, sundials, and complications rather than … well, just finding cool ways to display the current time.

On the hardware side, the company hired several fashion executives to market and retail the Watch, but their angles — celebrity gold watch photos and fashion boutiques — didn’t resonate with the masses. Today, those people have left the company, and their early focus on fancy gold watches has given way to more affordable devices. Reports suggest that Apple’s $199 Series 3 devices outsell its $399-and-up Series 5 models, but apart from total wearable revenue, Apple doesn’t disclose unit sales, so it’s somewhat ambiguous. 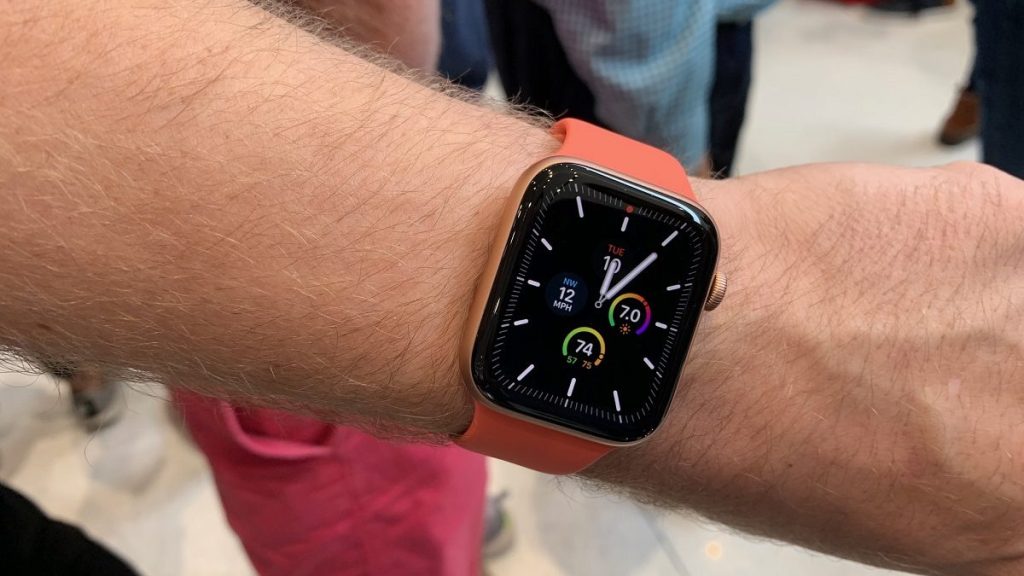 As impressive as the hardware sales numbers are, Apple has blown it on the software side of fashionability. It’s truly great that users can purchase Watch bodies and watch bands in their choice of colors and materials — far more now than at launch — but it’s almost unforgivable that users still have such limited watch face options. Yes, Apple started with some fine choices; yes, it has increased the number of faces over the years; and yes, it offers a couple of extras to Nike+ and Hermès model customers. But the overall array is boring. Apart from choosing a still photo, there’s no way to design your own face or download one, which makes the Watch’s most conspicuous surface feel decidedly impersonal.

This isn’t the case for Samsung and Google watches, which give users the ability to download faces beyond the ones included by the manufacturer. If you want your Galaxy Watch to have a certain type of digital or analog display, you just download it and it works. That means you’re not stuck with Apple’s bland digital options or forced to rely on a flat image from your photo library. Watch face customizability — “make it look and work however you want” — is at this point the single biggest advantage non-Apple smartwatches hold, and one their makers should start leaning into immediately if they want a prayer of chipping into Apple’s sales.

Many of the things that have made the Apple Watch better over the last five years have required hardware tweaks — a faster processor to quickly display rich web page notifications, waterproofing for safety during fitness activities, and new heart monitoring electrodes for health features — but now that the Apple Watch Series 5 has an always-on display, the only thing Apple needs to make watch faces fully personal is a new version of watchOS.

My final takeaway here: Since new watchOS releases happen every year in June at WWDC, here’s hoping that this year’s digital event is the one where Apple allows users to really make the most of their Watches. At a critical juncture for wearables, the option of deeper watch face personalization will make millions of people fall in love with their devices all over again and bring more Apple Watch holdouts into the fold. If that happens, the next five years will be even more exciting than the first five have been for early Apple Watch adopters.