Former Bungie CEO Harold Ryan has been ramping up a very big game company since he unveiled Probably Monsters last year. The company raised $18.8 million to fuel staffing for the company’s two triple-A game studios. And now it has crossed more than 100 employees across the headquarters and two studio divisions.

But it’s getting harder to hire people during the pandemic, and it wasn’t easy making the transition so entire studios could work remotely. But in an interview with GamesBeat, Ryan said the company and its staff have adapted to the pandemic, as much as they can. And they continue to work on still-secret, ambitious games that will no doubt run on next-generation game platforms.

Ryan has worked on games that have generated more than $5 billion in revenue, including Halo, Destiny, Age of Empires, and MechWarrior. He spent 15 years at Bungie, where he served as CEO, president, and chairman. He also had key jobs at Microsoft, Ensemble Studios, and FASA Studios. He started Probably Monsters in 2016 and announced the company six months ago. His team has worked on more than 30 blockbuster franchises. Probably Monsters owns Cauldron Studios, led by Dave Matthews, and Firewalk Studios, led by Tony Hsu.

GamesBeat: Are you expanding.

Harold Ryan: Yeah, we keep growing. We hired our hundredth employee right about at the beginning of this month. That’s pretty exciting for us. We’re close to our plan for staffing size. We have a goal of being around 110 as we look at building and planning. We’ve now converted our entire hiring process to remote. By the end of this month, we’ll have new employees who we’ve never seen in person.

GamesBeat: That has to be hard. You can’t shake somebody’s hand anymore and say, “Come on board.”

Ryan: I think I saw you last at DICE, when this stuff was starting to become prevalent around the U.S. Even then I was conscious of staying away from people, even if I was connected to them. It’s definitely been different.

GamesBeat: I’ve heard a lot of people say that when hiring a person, or when VCs decide to invest in a company, they’d never do it without meeting someone in person. That’s one of those rules that’s fallen down now. People are improvising.

Ryan: The thing that’s always true about interviews is you only get a short window, even face to face. It doesn’t really reflect what’s going to happen over the years that you work with someone. For us the thing we’ve tried to do is make sure people understand who we are, and that they know who they’re joining. As a company, you’re forced to put yourself forward so they know what they’re signing up for as much as possible and trust that it’s going to be a good fit for them.

A lot of the people you hire in the industry, you can look at their reel, the games they’ve worked on, the roles they’ve had, and have a good idea if they’re technically capable. Most of the fit for people in a company is really about, do they feel like they belong? Do they feel like it’s the right place for them? Because if they do, then they’re open to learning and collaboration and more active conversations to solve for the things that settle people at companies. We’ve tried to double down on explaining who we are.

GamesBeat: I just talked to Mike Frazzini over at Amazon, and he said that they’re realizing people aren’t going to be as productive right now. Anybody you hire might have a longer learning curve.

Ryan: For a lot of us, learning to teach and interact and tell whether someone’s afraid to ask a question in person — it’s something we read through reactions that are harder to see over vidcon. We’ve seen some people who are more efficient, because they’re getting more time blocking. They’re uninterrupted for periods of time to focus on what they want to.

The biggest issue for us is we’ve been working to solve — first we moved our whole development process over to remote, so that we could access all the services of the office. But we’re finding that a lot of people’s home internet connections don’t work well for staying connected in real time to a server for doing work. We took the step early to — we’ve been shipping desks and chairs and monitors and cameras to people’s homes, because most people don’t have a good place to sit and work and stay focused at home for six, eight, 10 hours a day. Most of our team didn’t. We’ve been trying the best we can to set up a remote office for everyone.

GamesBeat: That’s probably something you never would have done otherwise.

Ryan: A couple of big issues were related to security. If you ever have prototype hardware, most of those agreements require that it be locked in an office. That part, for us, has slowed things down a lot. We’re keeping everything we have as a prototype in the office.

For me, I’ve tried to get people to take a break from work when they go home. It’s one of the bigger things we’ve been coaching into people, and ourselves. Now that there’s zero travel time, everything’s instant, you really have to plan breaks. You have to turn things off and step away, or you can get pulled into long, long work hours. It was a hard adjustment for the leadership team over the first few weeks, and I think for a bunch of our studios, where we — all of a sudden there was no travel time, no walk for coffee. That took a lot of breaks from people. We’ve been programming that back into our schedules. 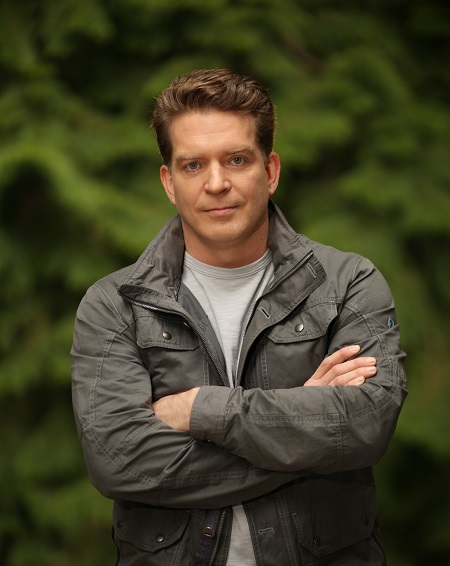 GamesBeat: For the structure of your company, are you adding employees into the first studio still, or is it filling out the second team?

Ryan: Our hiring has been balanced across — we’re three entities. There’s Probably Monsters, Cauldron Studios, and Firewalk Studios. The hiring’s been pretty even into each entity. As the teams grow and progress and their milestones get closer to full development and production, we’re growing our capacity to keep services up.

GamesBeat: I remember one of the startups entering the game engine space a few years ago saying that one of their big advantages was cloud game development. You can be anywhere, work from home, and still be working on the same files anyone else is. How far along have the tools come to enable that kind of operation?

Ryan: It really depends on how much you’re working on the same assets or how your assets are grouped. If you’re authoring a game level and it’s really high resolution and has really big assets in it, and then somebody does a pass and adds a terabyte of data, most people can’t download a terabyte on their home connection very quickly.

What we deployed for our team, the first thing we did for everyone is we created a system that allowed them to remote into the office so they could still use their office computers to get stuff done. That works great as far as the bandwidth between that computer and the server, but you have latency. The controller latency for everything you do there gets in the way of some tasks. Cloud development, where everyone can access for anywhere — if you’re working with files that are small enough, that works well. But if you’re working with big files you still have wait times to swap content back and forth after making big changes.

GamesBeat: Are there things that you want or need now for some of these folks to develop to make life easier?

Ryan: The first thing we did in reaction to COVID, we started off ensuring the team that we’re totally flexible. We’re going to be at home, and if you can’t work, we understand. Whether it was their setup or kids or family or whatever’s going on, we have a PTO plan at our studio. Don’t file any PTO. We’ll extend that through the middle of May. We’re going to do everything we can to support you to work from home, but it’s not required. Take what you need.

We opened up our help desk system for people to get in from outside. If you need a chair, a lamp, whatever, open a ticket and we’ll get it to you. We started fixing that up for people. It’s been a lot for people to try to turn their homes into offices. 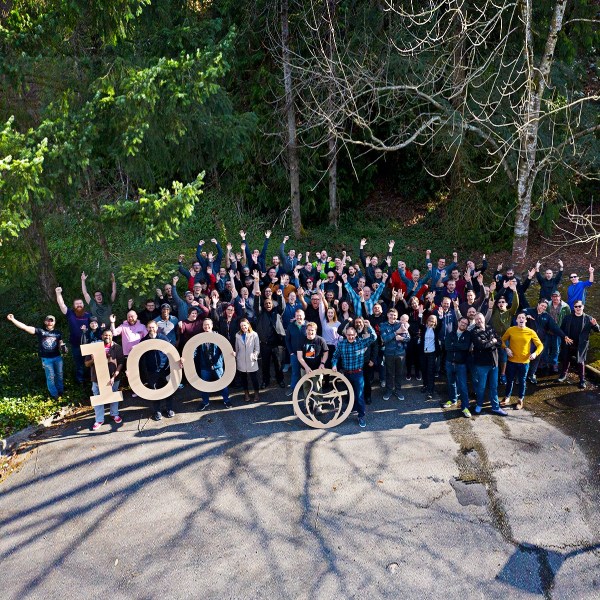 Above: Probably Monsters has two big game studios and a parent company.

GamesBeat: It seems like the game industry — it’s had problems with crunch over the years. Now you come into a situation like this and almost have to have the industry itself fix more than one problem at the same time.

Ryan: An important part of our business structure, when we started building these new studios, is that we have enough stability at Probably Monsters that we could work to make sure that our business plans enabled our project teams to take breaks and not have to — one thing that causes crunch is when business plans are built around getting more done than the team can reasonably do. There are lots of things that lead up to it. For us it’s important to provide our studios the ability to have a safety net that we could apply long before the answer becomes, work them team overtime.

With people working from home, we started doing things like — because we’re flexible, some people are working four-hour blocks. They’re working the middle of the day, the afternoon, and other times. We’re a goal-oriented business, so we don’t track how many hours people work. But we started with the studio heads, the studio leadership and team leaders, and they’re now actively — there’s a 5 p.m. or 6 p.m. schedule for most people. “Disconnect and wind down.” The teams have started doing social events starting at 6 p.m. in their time zone. People are getting together and playing games or doing whatever.

We’ve looked at our milestones and plans and we try to make some adjustments. We’re largely still on track, but there are some tasks that are hard to do. People are so used to standing around a whiteboard and drawing and talking. The virtual ones are good, but they’re not great for replacing communicating in person.

GamesBeat: Does the scope of projects have to change to accommodate this kind of work lasting for a long time?

Ryan: I don’t think it affects the scope of our projects. Because we don’t know how long this will happen or how often it will happen — we already had plans to support people working remotely. We’ve certainly accelerated that with the pandemic. We have plans to continue to invest more in supporting remote work and evaluating what it means to treat people’s homes like remote offices.

I don’t think it will cause us to adjust the scope of our games. It does mean there’s a minimum level of technology we have to support, a sophistication of infrastructure, to still make triple-A games when we’re doing it remotely. Luckily for us, we’re at a point — one of the strengths of Probably Monsters is the excellence of the facilities, from a technology point of view. We’re able to build out and support multiple studios with one solution. It makes it very efficient for us to invest in the technology required to hold triple-A developers together from all over the place.