Facebook advertisers may spend a lot of money trying to come up with new kinds of ads for games and other apps, but it can be very hard to beat the best-performing video ad (known as the control video) on the social network.

Consumer Acquisition CEO Brian Bowman spoke about this at our GamesBeat Summit 2020 event. Game companies can do a great deal of testing on their own, but running lots of variations of ads in a statistically significant way isn’t cheap, with every single ad variation costing $20,000. Most clients can’t afford that, but Consumer Acquisition can do testing for $200 per ad in the U.S. and $20 internationally.

Consumer Acquisition produces videos and images at scale, fully manages user acquisition for its clients, and offers self-service ad buying on Facebook at Google. Over seven years, Bowman has seen Facebook and Google leveling the playing field for user acquisitions by automating the process with artificial intelligence and machine learning. This helps advertisers big and small succeed. 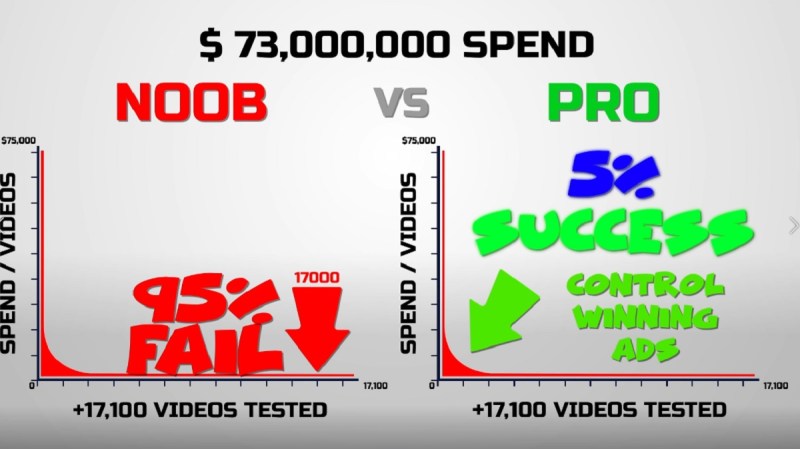 Above: Ouch. Most tests for new ads with creative differences fail to beat the best video ad.

But as acquiring new users for games and apps is automated, the creative content of the ads is where advertisers — such as game publishers and developers hawking a new game — can stand out. But Consumer Acquisition noticed that on Facebook it is really hard to beat the control video (the top-performing ad for a given campaign). And if your latest ad can’t beat that, then you are going to lose money running that ad compared to just running the control video ad.

Once you establish that winning video, it’s hard to beat it. An analysis of $73 million in spending by one of Consumer Acquisition’s clients tested more than 17,100 videos, all with different creative assets running in the ads. Only 5% of those tested beat the control video. Why?

With one client, Consumer Acquisition ran 60 variations of a video ad in November and December. But none of those videos could beat the control video. To figure out why, Consumer Acquisition cloned the video, with only a single black pixel in difference. That forced Facebook to classify the clones as new ads. Oddly, the control video lost to one of the clones by 150% in terms of performance. That didn’t make much sense. 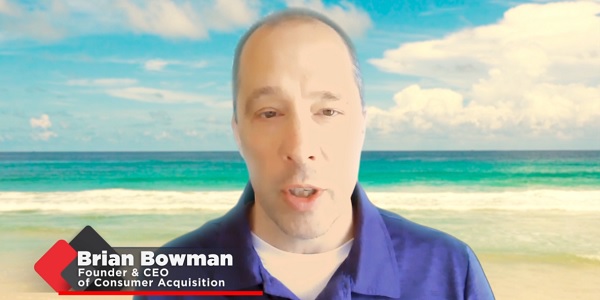 After further tests, Consumer Acquisition found that the standing ad has an advantage from historical success in testing. The similar clone ads also share history and get the built-in advantage. But ads that look far different in creative assets have to start over, without an advantage in impressions per install (dubbed IPM, for impressions per mille). It requires more money and time to warm up the new creative ideas, Bowman said.

Once it learned this, Consumer Acquisition embarked on a new testing strategy, using several phases. In the first, it tests for impressions per install, using a split test on Facebook with three-to-five different kinds of creative assets. It never puts the control video in that creative split test. The spend is even across the creatively different ads. It puts $200-to-$400 per ad behind the tests.

Then it targets on iOS or Android, running ads in Facebook’s News Feed. It can reach around 20 million users this way. The goal is to drive install volume to at least 100 installs in places such as the U.S. and India. It then takes the one or two winners on return-on-advertising spend (ROAS) from the test into the second phase. 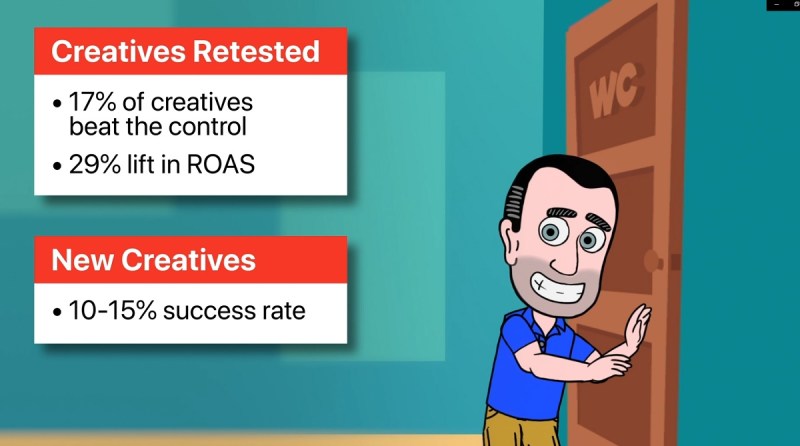 Above: Consumer Acquisition has figured out how to improve performance for new video ads.

Then it runs ads for the winners using Facebook’s app-event optimization or value optimization bidding methodologies. It creates new campaigns for the challenger ads. It runs the ads in the U.S. on Android or the U.S. In the third phase of testing, Consumer Acquisition wants to determine if the successful challenge ads will scale. It runs statistically significant tests against the control video ad.

When the ads failed, Consumer Acquisition would send its internal creative ad design teams off in a different direction. When the company went back and retested, it found that 17% of the time, the challenger creative ads beat the control, when the control was eliminated from the test. So ads that Consumer Acquisition would have thrown away actually beat the control ad. That produced a 29% lift in ROAS. Now, with the new testing methodology, 10% to 15% of the new creative ads are beating the control. The result is a blended net lift of 21%. 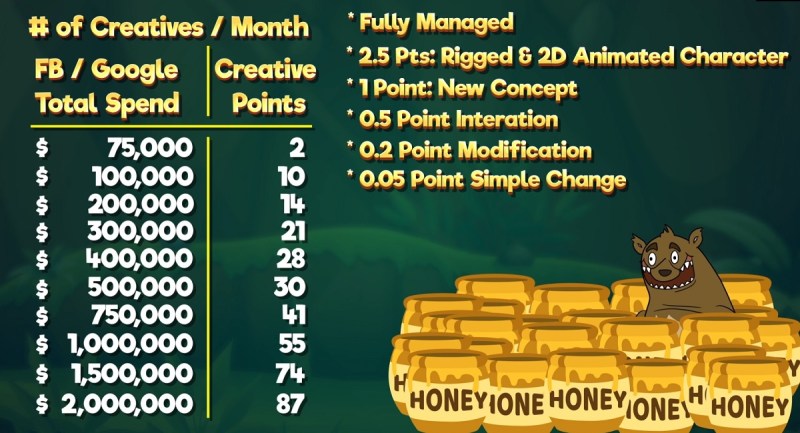 Above: It isn’t cheap to test new creative ads on Facebook.

So how much should advertisers spend on these tests? Bowman said it can range from $75,000 a month in Facebook or Google spending all the way up to $2 million. That can be a lot of money, so Consumer Acquisition offers a variety of services, like creative audits, competitor audits, creative asset analysis, and recommends a creative strategy. Consumer Acquisition’s teams always looks for new trends in what works in terms of the creative assets that work. That’s like taking the best ideas from competitors.

“Regardless of how you start doing your creative testing, it’s important to note that your competitors are failing 95% of the time too,” Bowman said.

During the pandemic, Bowman said the company is making some of its tools available for free.