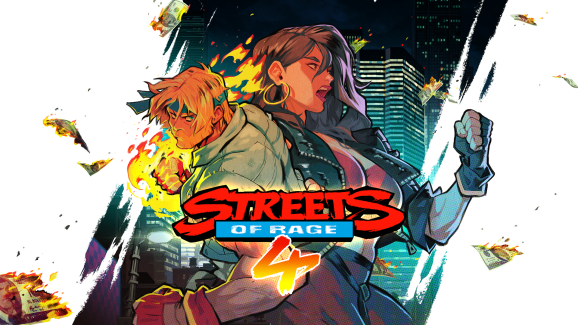 Here’s a nice thought: What if your childhood never ended? What if they just kept making games like they always did? Well, companies have tried that, and it hasn’t always worked out well. Sonic the Hedgehog 4 and Tony Hawk’s Pro Skater 5 are both miserable. So, is there any hope for Streets of Rage 4?

Developers Dotemu and Lizardcube worked together to produce Streets of Rage 4, which is launching April 30 on PC, Nintendo Switch, PlayStation 4, and Xbox One for $25. As the name suggests, it picks up where the original series left off. It’s a sidescrolling beat-’em-up, just like the series classic from the Sega Genesis. And as with any project like this, its creators are trying to walk a fine line between building something familiar and creating something that today’s gaming fans can enjoy.

Streets of Rage 4 succeeds at this goal.

Streets of Rage 4 recaptures the fun of the original games

Streets of Rage 4 works because it feels as snappy and responsive as the original, and there aren’t actually a lot of games like that anymore. The Genesis Streets of Rage games were designed for CRT televisions with virtually zero latency. Dotemu and Lizardcube do their best to emulate that immediacy on your modern display.

Connecting a punch on an enemy is as satisfying as it ever was — and in some ways it’s better. The modern visuals are hypercrisp. But you also get really robust sound and even gimmicks like rumble that make the combat more intense.

The PC version even has an experimental feature called “low latency over performance.” This basically has the GPU render everything before sending a vsync frame. This ensures that if you press a button, you’ll never have to wait more than a 16ms frame. But the feature requires a more powerful GPU or else you may lose frames. With an RTX 2070 Max-Q and RTX 2080, however, I had zero issues. And boy does that response time make the game feel even better.

Lots of reasons to keep coming back

Streets of Rage 2 is a game I go back and play regularly. My wife and I probably sit down with it at least once a year. More than that now that I’m remembering doing co-op of the excellent 3DS port from M2. And Streets of Rage 4 lends itself to that kind of replayable relationship.

I’ve beaten it once on normal, and now I can play through on hard or Arcade mode. But I also have a ton of retro characters from the older games to unlock. And then I can remix the experience by changing the soundtrack to the original tracks or turning on the surprisingly excellent CRT filter. As we go back to this game every couple of weeks for the next year or so, each playthrough is going to look, sound, and play different.

That fine line between something familiar and something new? Dotemu and Lizardcube nailed it. Playing as the new Axel or Blaze provides a relatively deep combat system with plenty of risk and reward. It’s not Street Fighter, but you have plenty of options to combo enemies to do big damage. You can then top those off with special moves that risk your health. If you continue to do damage after the attack, you’ll earn that life back. But if you take a hit, you’ll lose a huge chunk of your HP.

This system is a good example of how Streets of Rage 4 has a foot both in the franchise’s history and the present day. Special moves in previous Streets of Rage games would also use health, but the system feels more refined here. You have to be more deliberate — especially if you want to get through the higher difficulties.

At the same time, you can then play as Axel or Blaze from the first Streets of Rage, and they have a much more limited move set. Yet playing as them still feels great even if it is significantly less complicated.

If you’re over beat-’em-ups or never liked them in the first place, this is probably not going to change your mind. It’s trying to re-create Streets of Rage — it’s not trying to remix the formula to do something new. You are still primarily trying to punch your way through urban environments overflowing with various ruffians. The combat is deeper than it was, but it’s nothing super innovative. You’re still basically trying to get on the same 2D plane as the enemy so you can hit them instead of swinging at nothing.

If any of that sounds boring to you, then skip this.

I don’t know if this music is a jam yet

Streets of Rage 4’s soundtrack features tunes from composers Yuzo Koshiro and Motohiro Kawashima from the original games. And they brought in some of their friends who worked on games like Street Fighter. But French composer Olivier Deriviere had the unenviable task of taking on the bulk of the musical work. Streets of Rage’s music is its most defining characteristic thanks in large part to Koshiro, and following that up seems impossible.

But I have no idea if any of this is going to stick with me in the way that the sound does from the originals. Funky HQ in the playlist above, a Deriviere track, is a bop. I’m just gonna have to play this game for a lot longer to know if any of it is going to embed itself into my brain stem like the Genesis games did.

[Update: My wife, who loves Streets of Rage, says that the new music is still in her head, and I agree. It’s definitely still rattling around for me as well.]

I have a lot of games on my plate right now, and I think it’s a good sign that I want to go back and keep playing Streets of Rage 4. It’s something that feels good to control and look at and listen to. If you are going to make a beat-’em-up in 2020, the act of punching better deliver a shot of dopamine. And this game absolutely crushes that.

Having all the other options for unlockable characters and original soundtrack are just bonuses that will keep things fresh each time I return.

Streets of Rage 4 should serve as the blueprint for any publisher wondering how they can bring back a beloved franchise. A future filled with Streets of Rage 4-style reboots is possible, and we deserve it and not Tony Hawk’s Pro Skater 5.

Streets of Rage 4 launches April 30 for consoles and PC. Dotemu provided GamesBeat with a Steam copy for the purpose of this review.