But our industry has developed a rich history, and it’s important to have its stories told. Thankfully, people like Josh Tsui, executive producer at Ten Point Oh; and Blake Harris, bestselling author of Console Wars, are doing just that.

GamesBeat lead writer Dean Takahashi talked with both during our digital GamesBeat Summit 2020 event, asking them about how they go about telling the industry’s stories.

Tsui has been working in games for over 25 years, starting with Midway in the 1990s. He has worked on franchises like Mortal Kombat and Tony Hawk’s Pro Skater. He is now working on a documentary, Insert Coin, about Midway arcade games in the ’90s. The film was going to debut at SXSW until that event was cancelled. Tsui went to film school before getting into games. He got involved with Midway as the studio began experimenting with using live actors to create digital sprites for titles like Mortal Kombat and NBA Jam.

“I kind of got into games by accident and got stuck in there for a long time,” Tsui said with a laugh. “And as I approached my midlife crisis, I realize, you know, I really need to make a film before I do anything else.” His past at Midway served as his inspiration.

Harris loved reading behind-the-scenes business stories, and he wanted to see one about games. He lived in Manhattan and went to a Barnes and Noble. He went to look for books about video games history and found nothing. Shocked that such a big store didn’t have any books about the history of gaming, he started down the journey that resulted in Console Wars. 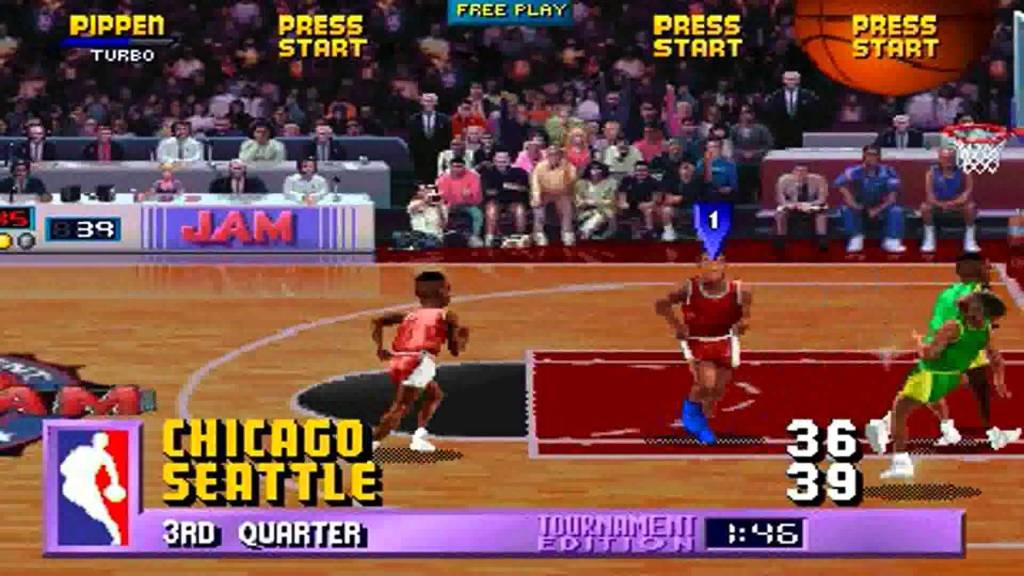 Above: NBA Jam is from Midway’s glory days.

The book focuses on Sega’s unlikely battle against Nintendo in the U.S. in the ’90s. Harris followed that with a book in 2019 called The History of the Future, which is about the new era of virtual reality that started with the development of Oculus.

Both have been spending a large portion of their recent lives documenting gaming’s history. And there is a hungry audience that wants these stories. Along with their efforts, we’re seeing history become a fun topic for discussion and entertainment through venues like The Retronauts podcast and YouTube channels like The Gaming Historian.

Tsui said that a lack of much in the way of books or documentaries about gaming history until recently has created a big demand. And now with more people who grew up with gaming entering adulthood (and growing nostalgic), tales of gaming’s day long gone are growing popular.

Blake noted that there was also more of a mystique around gaming in those older days. “At the time, it felt like these things came out of thin air,” he noted. Today, we have constant behind-the-scenes footage, interviews, and more from journalists and the companies themselves. That kind of material was much more rare in the ’80s and ’90s. 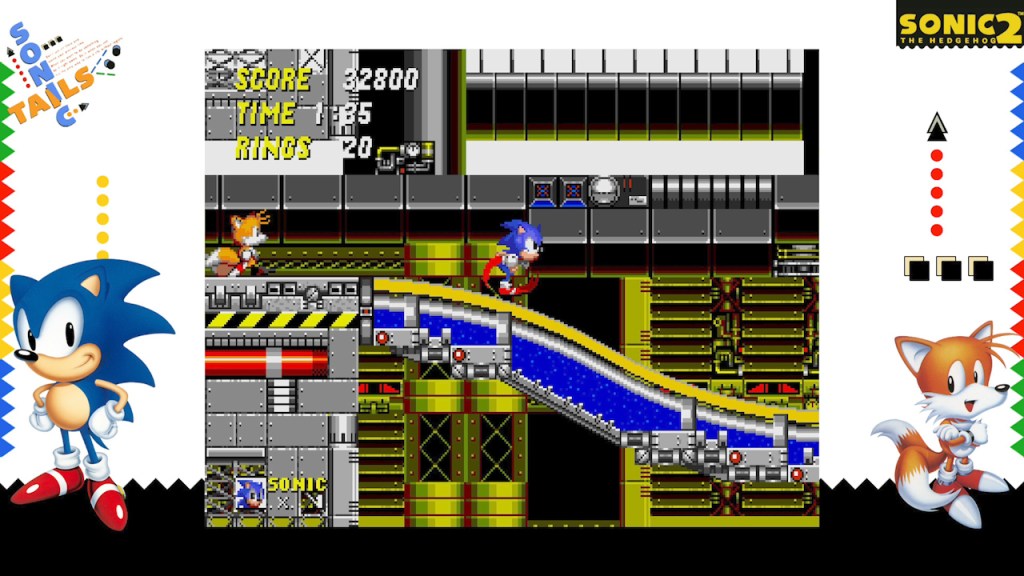 Above: Sonic the Hedgehog 2 was a big game for Sega.

So after spending so much time delving into gaming history, what have they learned?

Tsui realized that even his first-hand experience through the industry only gave him a limited view. He wasn’t able to understand a fuller picture of what was really happening at Midway until he began to delve deeper into the company, interviewing executives and the creatives who worked at the studio at the time. And while we celebrate the creative side, Tsui notes that it was really, especially in regards to arcades, all about making money. The desire to earn quarters drove everything.

“Everybody has a different perspective of these stories, and we’re talking about companies with dozens and hundreds of people,” Harris echoed. And in his case, listening to enough perspectives helped him find the focal point in his story: Tom Kalinske, the CEO of Sega of America during much of the ’90s. And through learning about Sega, which was a small company that was able to take on the giant that was Nintendo, Harris learned personal lessons for success. This included aligning himself with celebrities, in his case comedian Seth Rogen, who helped write a forward for the book.

But Harris still had trouble finding a publisher, noting that many believed that a book about video games wouldn’t sell. Tsui echoed this frustration, bringing up how many people involved in mainstream media still think of games a niche market, even when NBA Jam grossed three times as much as Jurassic Park did in 1993.

Both storytellers also noted that it’s important for them to be able to share history while making it interesting. They don’t want to make encyclopedias filled with dry facts. Instead, they use the subject matter — whether it’s Sega or Midway — to craft interesting stories around the personalities that created them.

Now these stories are finding grateful audiences. Thanks to efforts from men like Tsui and Harris, generations to come will be able to appreciate those fun and exciting times from the ’90s era of the gaming industry.