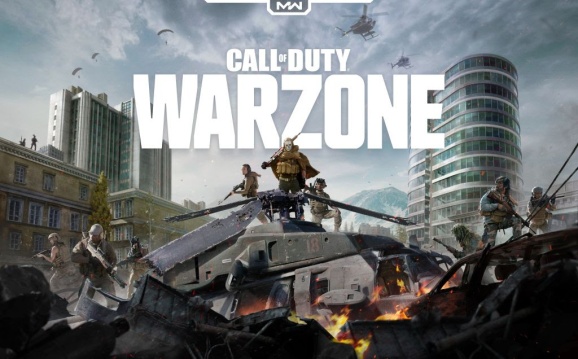 Activision Blizzard president and chief operating officer Daniel Alegre said in an earnings call that the next premium Call of Duty game is on track for the fall.

Activision’s own revenues were $519 million in the first quarter, driven by Call of Duty: Modern Warfare, Call of Duty: Warzone (a battle royale game), and Call of Duty: Mobile. Alegre didn’t say what the title’s name is or if it is a next-generation console game or both next-gen and current generation.

The comments should be reassuring for investors, as doubts were raised about the 2020 version of Call of Duty in a Kotaku article last year. Working from home hasn’t been easy, but Alegre said that it hasn’t hurt content creation for the digital business, for the most part. In some cases, the company had to move high-end graphics and development rigs to developer homes, he said.

“With true ingenuity and input from the team, we are managing through this,” Alegre said.

Activision Blizzard CEO Bobby Kotick said that the teams continue to work incredibly hard on the new games, and the company remains focused on execution.

More than 60 million players have parachuted into Call of Duty: Warzone in the past 52 days since its launch, according to Activision Blizzard. When Warzone launched on March 11, the U.S. was just going into a pandemic lockdown. Video game players needed something to do, and in its first month, the free-to-play game got more than 50 million downloads.

During the second quarter, Activision expects to launch two seasonal updates for Warzone and Modern Warfare, compared to the usual one.

The launch of Warzone has created and “created a strong foundation for future financial performance,” said chief financial officer Dennis Durkin, during the earnings call.

Call of Duty: Modern Warfare has sold through more copies and has more players than any prior Call of Duty title at this point after its release. Sell-through (sales of the game to consumers, as opposed to retailers) for Modern Warfare in Q1 was the highest for the franchise outside of a launch quarter, driven by rising demand amid shelter-at-home conditions, the company said. And Modern Warfare in-game net bookings more than doubled year-over-year versus Call of Duty: Blacks Ops IIII from last year.

Durkin said that the tailwinds for the business include both gamers staying at home during the pandemic as well as strong execution in the core franchises. Durkin said that Warzone has become “accretive to the franchise,” meaning it is adding to the overall size of the Call of Duty community. A lot of players in the free-to-play Warzone community are choosing to upgrade to the full Modern Warfare experience, Durkin said. There are new highs in peak concurrent players and overall daily players.

“We know how much the community is loving it,” Durkin said, so the company will continue to invest in Warzone.