The iOS and Android game reimagines characters like Paul Bunyan with modern renditions. And it lets you take a bunch of objects on a grid, match them, and merge them together to get new characters and other prizes. The game debuts May 7. In the free-to-play game, players can spend real money to buy virtual items to speed up gameplay. The game can also monetize through ads.

The storybook world of EverMerge is a big bet from Seattle-based Big Fish Games, which worked with Belarus-based developer Neskinsoft on it for two-and-a-half years, said Big Fish Games president Jeff Karp in an interview with GamesBeat. The game was in soft-launch testing for about six months.

“We’ve tried to leverage all the expertise among all of our games to kind of really create this offering that innovates what merge players have seen previously,” Karp said. “We also really made it much more accessible to a much greater audience.” 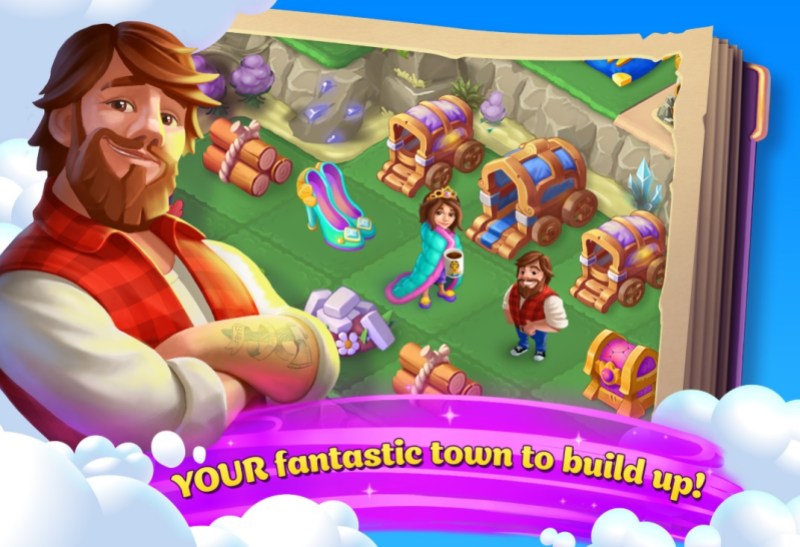 Above: Paul Bunyan is a micro-farmer hipster in EverMerge.

In EverMerge, players can combine hundreds of items to clear a mysterious fog, awaken literary legends, and build out a storybook world. It brings casual simulation favorites like recipe-making, task completion, and world-building to an environment that continues to evolve, merge after merge. It’s like a mashup of Zynga’s Merge Dragons and FarmVille games.

“Merge is a category that is emerging and evolving, but I think this space is more of a blue ocean,” rather than a red ocean where the sharks are fighting, Karp said. “We’re very bullish that we think this will really evolve the merge category as people know it today.” 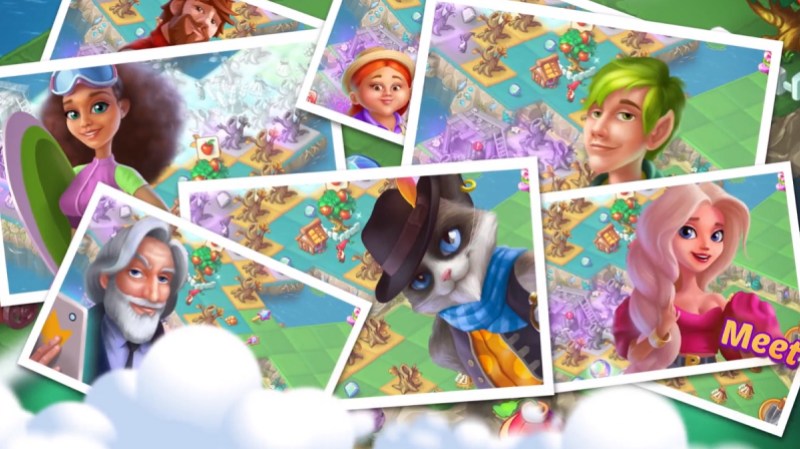 Above: Big Fish Games is launching EverMerge on May 7.

“We’re really looking at EverMerge as this great blending of merge and sim and a little bit of match gameplay sensibility,” said Zach Hines, a senior product manager at Big Fish Games, in an interview. “It has a broader and larger, more casual feel to it that our audience will really understand. In EverMerge, the player’s job is to match hundreds, if not thousands of unique and different puzzle pieces into bigger and better items that will let them collect reimagined fairy tale characters and rebuild their world.”

In a demo, Hines showed me how you could merge a few items together and get rewarded with resources. And if you get enough, you can get a character like Bunyan.

Natasha Bates, a principal game designer, said in an interview that Bunyan has modern characteristics. He is a hipster micro-farmer. He’s a foodie and likes to cook. Some of this gets revealed in short dialogue every time you discover a new item in the game.

“These characters express the strong personality of EverMerge with a whimsical and humorous tone that our players really love,” Bates said.

If you collect enough wands on the island, you can unlock a new part of the land. You can get missions from the characters, like merging items together to make a pie to feed to a character.

EverMerge is a game about combining like-items that, when matched together, make even bigger items. As fog clears and more land is revealed, you have more to combine, new characters to meet and a whole wide world to discover.

The game has individualized gameplay. Different players can progress through the game in different ways; each gameplay experience is unique. A merge of three is great, but a merge of five objects is best.

EverMerge joins several other Big Fish titles participating in the #PlayApartTogether initiative, offering players reminders about powerful preventative actions to take in the fight against COVID-19. 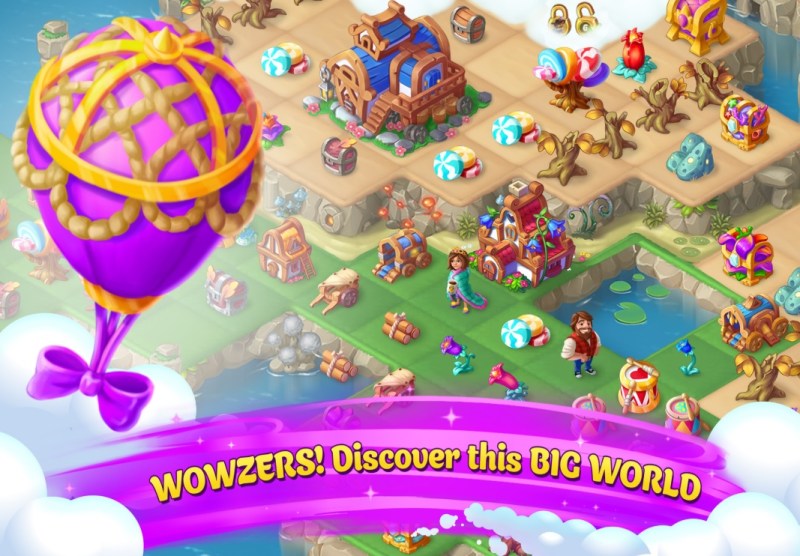 Above: EverMerge encourages you to clear out the fog on your map.

“A game like this gives you that sense of escapism, as it has storytelling, and that is rewarding. It’s a feel-good game in a world where we’re going through some tough times. I think this is a game that’s going to make people feel good about what they do during the day.”

The game is coming soon to Amazon. Neskinsoft previously worked with Big Fish Games on Robin Hood Legends, a 2018 mobile merge title for iOS and Android. Overall, Big Fish Games has more than 600 people. Perhaps around 50 people worked on this title.

“That was a learning experience for us, and we learned and adapted,” Karp said. “We continue to evolve and learn together, bringing together their merge expertise and our casual simulation learning.”