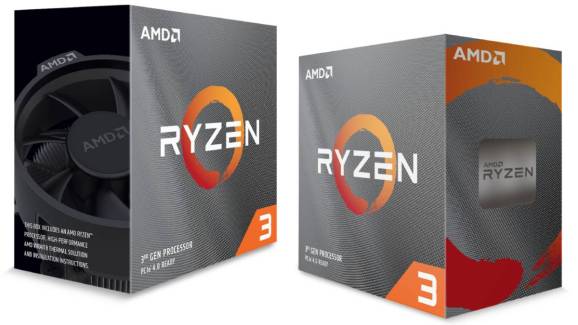 A lot is changing in the desktop PC space thanks to the competition between AMD and Intel. AMD’s recent Ryzen CPUs have stormed into the market with incredible performance and affordable pricing. And while Intel still holds the edge at the high-end in terms of gaming, it’s easier to recommend an AMD chip to most people right now. Now, with the entry-level Ryzen 3 parts, that is more true than ever.

In some ways, these are some of the most impressive CPUs you can buy. Sure, the Ryzen 7 3700X with eight cores is astounding. And the Ryzen 5 3600’s six cores and 12 threads make it an awesome option for gaming and livestreaming.

But for most gamers, a $100 or $120 Ryzen 3 is all they will need. And that’s a huge leap forward in terms of affordability.

All the gaming performance that most people need

A few years ago, anyone looking to build a price-conscious PC had one real choice when it came to the CPU: the Intel Core i5.

This option would give you four-to-six cores for $180-to-$240 depending on the year you would buy. It would also give you decent single-threaded performance, which is crucial for the majority of games.

Ryzen 3 is now bringing that market segment down a notch. Today, my advice to most people who just want to build a solid gaming PC without overspending is going to be the 3100 or 3300X.

Of course, let’s really narrow down who I’m talking about here. The Ryzen 3 chips are more than enough for nearly any modern game at 1080p and 60 frames per second.

If you plan to pair this CPU with a 4K or high-refreshrate display, then you should obviously upgrade. If you want to do content creation or livestreaming, spend the extra $50 and get a Ryzen 5 3600.

But if you just want to play PC games at 1080p60, there’s almost no reason to go beyond the Ryzen 3.

For this test, I tried to do real-world performance to see whether these chips could keep up with 1080p60 and 1440p60. They met that threshold in nearly every game. But you can see that the 3300X’s faster clocks pushed it well ahead of the 3100 in average framerate.

On top of that, the 3300X also does significantly better in 1% low framerates, which is good way of measuring the stability of performance. The 3300X is powerful enough to ensure you won’t see a lot of dips in framerate even in demanding games.

It makes a ton of sense right now, but gaming is changing

The Ryzen 3 3100 and 3300X are great CPUs that are a slam dunk for their price points. This makes it difficult to find their shortcomings that aren’t obvious. Of course you’ll get better productivity from a CPU with more cores.

But since I’m mostly talking about these parts for gaming, let’s talk about where software in that space is and where it’s going. Today, most games still primarily rely on single-threaded performance. That’s going to change, though.

Developers aren’t building games for multi-threaded processing because it doesn’t make sense for the Xbox One or PlayStation 4. But Xbox Series X and PS5 use AMD Zen 2 CPUs with 8 cores and 16 threads. And publishers are going to start designing game engines to take advantage of that compute power.

Depending on how fast that transition happens, a four-core Ryzen 3 could end up left behind relatively soon.

Now, I would bet that it’s going to take some time before the majority of games need more than four cores. But you’ll likely encounter a significant number of blockbuster releases that could use those extra threads soon.

These are some great parts, and gamers should feel pretty spoiled right now. Spending $120 today is getting you performance that a $350 Core i7-7700K would’ve produced just three years ago.

If you are putting together a PC for gaming where every dollar counts, the 3300X is excellent. It’s worth the extra $20 over the 3100 thanks to its higher clocks, which results in steadier performance. If performance is all you care about and you can find it new, the Ryzen 5 1600 AF has six cores for $85 and rocks in gaming performance. But you may have trouble finding it, and the 3100 and 3300X is going to have years more of support.

But both the 3100 and 3300x are easy recommendations. The 3300X gets the edge because that $20 difference definitely comes through in the performance, but most people playing on a 1080p60 display won’t notice much of a difference.

This is another huge win for AMD — although we’ll have to see what Intel has with its 10th-gen Core series.