How does it track activity? 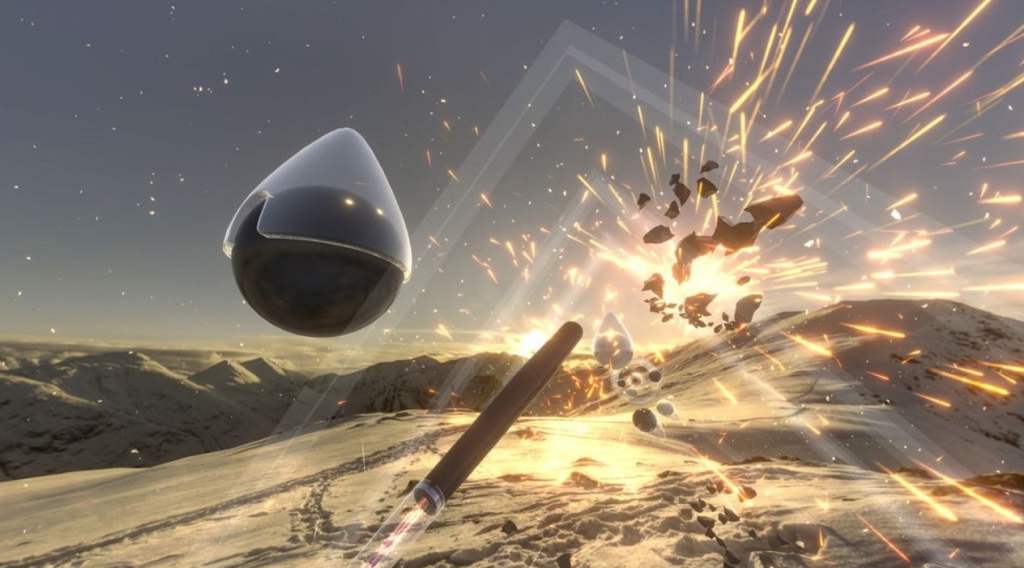 Above: Supernatural is a VR fitness app.

Though you’ll get stats on accuracy and power of swings at the end of every song for more detailed statistics you’ll need a smartwatch and a companion app. Other VR apps have in-game calorie counters, though it’s important to point out that there’s very little way of telling how accurate these are. Still, even rough approximations can be useful to spur you on and give you something useful to measure, especially if you don’t have access to a smartwatch.

How does it compare to Beat Saber and other VR fitness apps?

Although the service is nearly identical to Beat Saber in terms of mechanics, rest assured this is a premium imitation. Supernatural’s sleek black and white design and real-world environments are a welcome breath of fresh air from the numerous neon imitators that have followed in the wake of Saber (or, going back further, Audioshield). Its tracklist is equally top tier, boasting the likes of Lady Gaga and Kendrick Lamar. Most importantly, though, its daily supply of new workout routines, each individually coached by one of a handful of personal trainers, gives you a new combination of tracks to try every 24 hours at different intensities, even if some tracks will repeat over the course of a few weeks.

Beat Saber isn’t the only VR fitness app, though. Odders Lab’s OhShape, for example, has you lunging and ducking to win human Tetris and BoxVR’s punching workouts might play a little rickety, but it’s not short on curated playlists and offers multiplayer support. Supernatural’s premium feel still bests its competitors, but I personally also find OhShape’s mix of shape-throwing, coin-grabbing, wall-dodging gameplay to offer a more dynamic mix of work.

How does it compare to non-VR fitness?

Compared to a gym or out-of-home exercise, Supernatural has the obvious advantage of not making you leave the house. However, if you’ve proven to yourself that getting to the gym on a regular basis isn’t an obstacle before, the benefits really stop there. Supernatural just doesn’t offer the variety of intensity of exercise that you’d get from weight lifting, more dedicated cardio or class-based or personal training sessions. With proper motivation, you could even get more mileage out of household equipment like weights or treadmills.

Plus, as someone who has subscribed to professional at-home fitness plans before, I don’t think Supernatural offers the intensity or diversity they do for a similar price, either. Dedicated workout plans are, from my experience, unquestionably the better way to go. But it’s also true that these sorts of plans take an enormous amount of self-motivation and persistence.

And that’s the key; all the gym equipment in the world doesn’t matter if you can’t bring yourself to use it. What Supernatural may lack in intensity, it makes up for in this department. Through its brand of enjoyable exercise, Supernatural doesn’t feel nearly as much of a chore to return to time-after-time. But, as someone that doesn’t struggle to gather motivation to workout, this is less of a factor for me. You might need to ask yourself about your own self-discipline when deciding if the app is worth it.

Is Supernatural worth $20 a month?

That’s the big, expensive elephant in the room. I do believe that for a certain set of people that struggle with routine, mundane exercise and need more motivation for a VR workout than repeating Beat Saber songs, Supernatural’s combination of enjoyable gameplay and persistent structure could be hugely beneficial.

Personally, I find it hard to justify spending $20 a month on Supernatural when it is so single-mindedly obsessed with Beat Saber. A year of subscription will cost you an astounding $240. As of right now, the entire Beat Saber experience, including the base game, all the free updates and premium DLC (released over the course of the past few years), would set you back $111.58 on Steam. That’s a significant all-in difference and, crucially, if you’re serious about VR fitness you could then pile on some other games for variety.

You might argue that comparing the subscription fee to that of a Netflix or online gaming account is unfair; if you were to instead compare it to traditional digital workout subscriptions it stacks up quite well. But Supernatural doesn’t do enough to separate itself from one-time purchase VR games to warrant that $20 price tag and, even if it did, it doesn’t offer the variety and versatility you’ll find in many of the top programs, in my opinion.

When deciding if Supernatural is worth it for you, you need to ask yourself a set of questions. Firstly, are you sure that more traditional forms of exercise won’t work for you? And, if they wouldn’t, would your money be better spent instead completing a library of Beat Saber songs and other VR fitness games you’ll be able to play forever with a one-time purchase? If you seriously consider both of those points and decide it’s still worth it, Supernatural could make genuinely great progress in your life. But I suspect that the number of people that truly fit that criteria is worryingly small for a service as ambitious as this.

VR fitness is a great thing, a wonderfully unexpected side-effect of regular use of an entertainment product. In Supernatural, you can see a well-intentioned, thoughtfully-planned attempt to capitalize on that positivity. And for some people I don’t doubt adhering to a few months of daily workouts inside the app could make a dramatic change. But I suspect for a great many more people certain elements like price and variety need to go back to the drawing board if they’re to represent anything like the right kind of value. At its core, pushing through the workout wall is genuinely enjoyable in Supernatural but its hefty monthly subscription may be one mountain too tough to climb.