Sleeper has raised $20 million to expand from its base in fantasy sports to the adjacent market of fantasy esports and video game chat. Andreessen Horowitz led the round, and other investors include Twitch cofounder Kevin Lin, retired NBA player Baron Davis, and NFL wide receiver JuJu Smith-Schuster. NBA All-Star Kevin Durant participated in an earlier round.

Sleeper CEO Nan Wang said the company is launching a fantasy esports chat service around the League of Legends Championship Series, the annual esports tournament for Riot Games’ popular title. The LCS is now the third-most-popular major professional sports league in the U.S. for 18-year-olds to 34-year-olds.

“Sleeper is a messaging and a gaming platform for sports and esports,” Wang said. “It’s one of the only apps in the world that has both the messaging layer and an activity layer, which is the games that people play on it. The one other one that comes to mind obviously, is WeChat, where the utility is there for people to communicate, but they also play social games directly built into the app. And that’s what we’re doing in the sports and esports vertical.”

Sleeper’s aim is to create a space where fans can bond over sports and esports. Sleeper integrates chat functions and an animated interface, so players are immersed with their friends in a game of football or League of Legends. It’s a different experience from just watching numbers change on a screen, Wang said.

Sleeper’s chat allows you to watch a game and chat at the same time without bouncing between different apps — that makes for a smoother player experience. It also makes it easy to connect both with your close buddies (and smack talk with emojis specific to LoL and other games), and with people you may not know well or not have as friends on other platforms (like workplace colleagues). And, it gives players a single source for all news and info about your fantasy players and teams — you can drop news in your group chats about the latest roster swaps and free agency rumors, and immediately swipe to check on player stats and how this impacts your team. 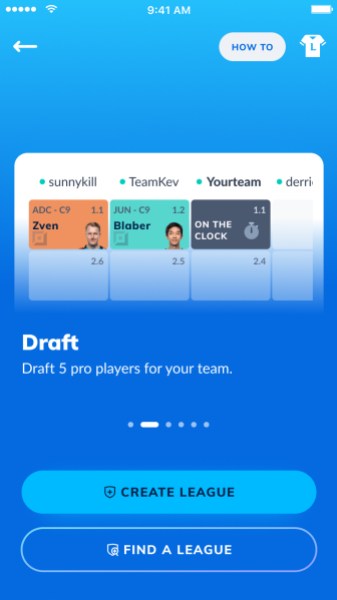 Above: Players draft their own fantasy team in Sleeper’s esports app.

Later on this year, Sleeper intends to expand into more traditional fantasy sports such as basketball and soccer. But with sports on pause and LCS now being broadcast on ESPN, Sleeper is like a bridge between the two worlds of sports and esports, Wang said.

“Sleeper is building a messenger and a gaming platform for you to play with your friends around the sports and esports that you follow and watch,” Wang said. “With sports, over the past two years, we’ve been the fastest organically growing sports app in the U.S.” 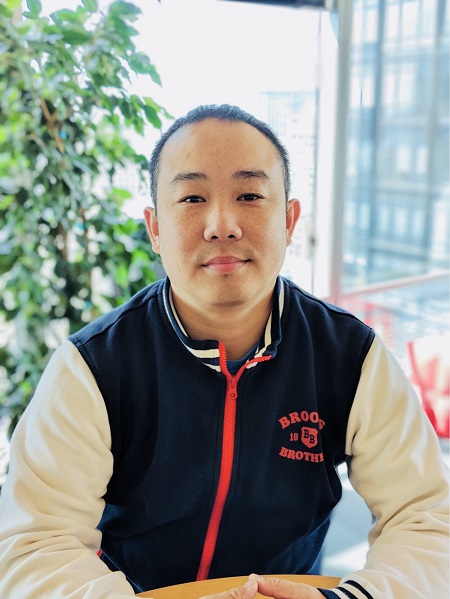 Players can begin drafting their teams today, with official competition kicking off on Saturday, June 13 — the start of the LCS summer season.

Sleeper launched its first fantasy sports league in 2017 with season-long leagues for NFL football. Over a million active users played on the platform during the most recent NFL season, 40% to 50% of users coming back daily. Seventy-eight percent of users play on Sleeper more than twice per day, and 28% of users play more than eight times a day, with 10% playing more than 10 times a day. The launch of fantasy League of Legends opens up a large and growing opportunity within esports and is a natural extension of the team’s missions, Chen said.

Roughly 30% of the users are women. “The key differentiator for us is the social piece of it,” he said. “The communications piece is embedded directly into the game is central to the experience. And as a result, you don’t have to jump around from place to place email, text, and threads. You just use it to hang out with your friends. And that translates into much higher activity on our platform because it’s all centralized.”

The company has 23 employees, up from just 10 in January. Wang said the cofounders have known each other since they were five years old.

“Our upbringing has always centered around these group chats, and these fantasy leagues that we’ve played really as an excuse to activate our friendship every year,” Wang said. “I moved away in third grade and that friendship is persisted this entire time.”

The name “sleeper” is a fantasy term about undiscovered, latent talent that is ready to break out. Rivals include companies such as DraftKings, but Sleeper has no real-money gambling or betting. It’s monetized through the sale of cosmetic assets and other virtual goods, like virtual mascots.

“Our mission is to impact the billions of sports fans out there in the world and create something that children and parents can pick up together and have fun,” Wang said.

Davis actually reached out to Wang through the app, as he was a fan and wanted to learn more about the company behind it. He eventually invested.

In the fantasy esports league, each player will go through the active roster for the league and pick five esports players for a team. Then you watch the results come in as the season unfolds.

The pandemic has obviously shut down traditional sports, and that prompted Sleeper to accelerate its plans for esports to give fans a new place to connect. I asked if Wang would consider adding esports for Madden NFL Football and 2K NBA video games, but he said he believes fans were more likely to watch those as actual sports than esports.

“Our view is that in the long term sports are going to come back and that experience is not going to go away,” Wang said.