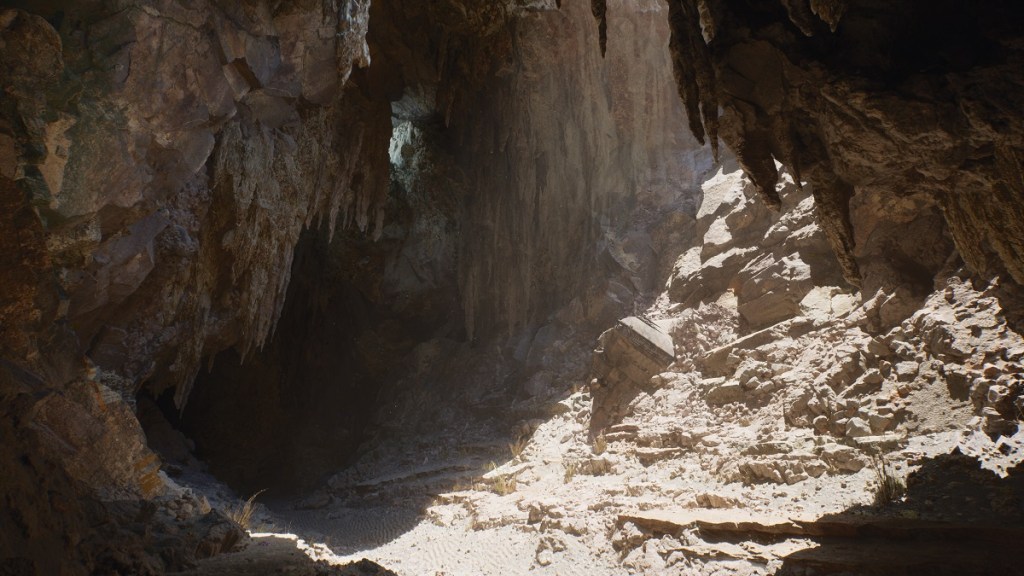 Meanwhile, Lumen is a fully dynamic global Illumination solution that immediately reacts to scene and light changes. It’s like the sun in a scene, shining light on all objects. The rays from the sunlight bounce off of objects and produce shadows or secondary shadows that blend together, and the graphics processor handles all of the necessary calculations to generate precision lighting and shadows.

This sort of technology was a big deal when Pixar used it in 2014 to make the animated film Monsters University, using racks of computer servers that worked for a long time on each frame. What’s impressive here is that the PS5 will be able to do this — a single game console that isn’t tapping a ton of servers in a data center — in real time. Instantly.

Epic said the system renders diffuse inter-reflection with infinite bounces and indirect specular reflections in huge, detailed environments, at scales ranging from kilometers to millimeters. Artists and designers can create more dynamic scenes using Lumen, for example, changing the sun angle for time of day, turning on a flashlight, or blowing a hole in the ceiling, and indirect lighting will adapt accordingly. You can see it in the video as the sun pierces through the cavern and illuminates the dark spots.

“You don’t have to create yet another chair or mountain or rock for your game,” Sweeney said. “The Lumen technology frees developers from having to wait for lighting and build their games around the limitations of dynamic lighting. We want to make developers’ lives easier and more productive so they can build more effective businesses.”

Lumen erases the need to wait for lightmap bakes to finish and to author lightmap UVs — a huge time savings when an artist can move a light inside the Unreal Editor and lighting looks the same as when the game is run on console.

How Epic created the demo 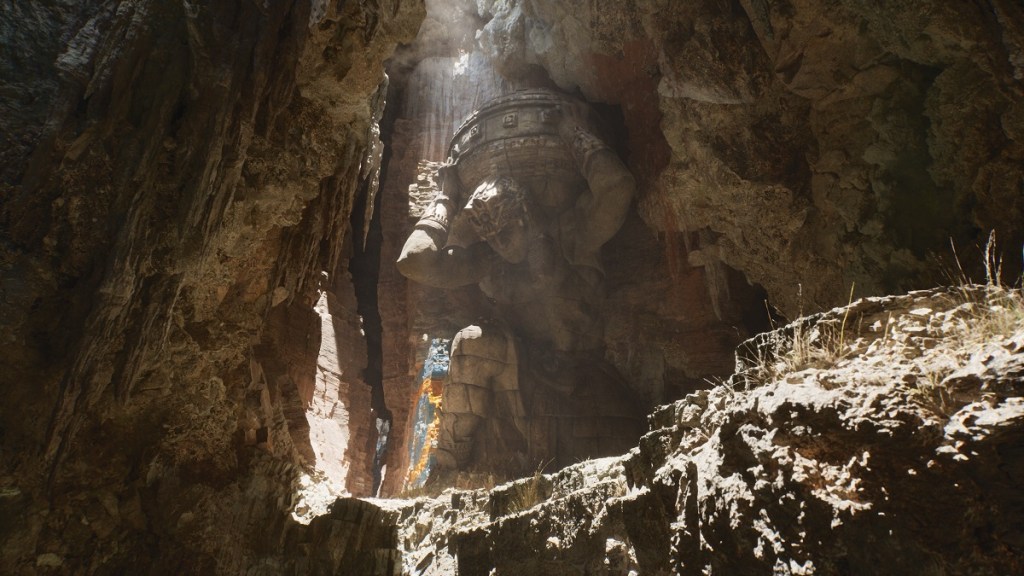 Above: The team at Quixel had access to a lot of rock images.

Numerous teams and technologies have come together to enable this leap in quality. The first Unreal Engine 5 work began a couple of years ago. Brian Karis, a young graphics programmer who was in the video, began experimentation with the Nanite technology as well as Lumen, Sweeney said.

“A couple of years ago we started brainstorming what would be the key features for a next-generation engine, especially next-generation graphics,” said Nicholas Penwarden, vice president of engineering at Epic Games, in an interview. “We kicked off a number of R&D projects to start working through that and figure out what we could do and where we could really make a generational leap, both in terms of fidelity and workflow. That’s where it got started, with those R&D projects that we built up over time. We expanded the team over time to build up to the demo you saw.”

To build large scenes with Nanite geometry technology, Epic’s team made heavy use of the Quixel Megascans library, which provides film-quality objects with up to hundreds of millions of polygons. To support vastly larger and more detailed scenes than previous generations, PlayStation 5 provides a dramatic increase in storage bandwidth. The demo also showcases existing engine systems such as Chaosphysics and destruction, Niagara VFX, convolution reverb, and ambisonics rendering.

The part in the video where Niagara figures is when the woman shines a flashlight on the bugs, and they scatter because they’re sensitive to the light. Those bugs do that automatically.

Unreal Engine 4.25 already supports next-generation console platforms from Sony and Microsoft. Sweeney said that Epic will adapt Fortnite, its hit battle royale game with 350 million players, later this year to run on the PS5 and Xbox Series X on the Unreal Engine 4. Epic plans Fortnite to be ready at the launch of the new consoles.

Epic is designing for forward compatibility, so developers can get started with next-gen development now in UE4 and move projects to UE5 when ready.