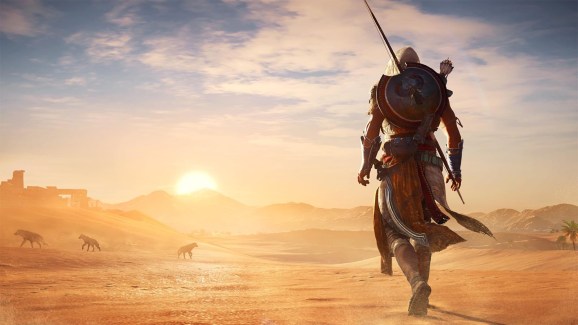 Ubisoft revealed its latest earnings today, reporting net bookings of $450.67 million for its fourth quarter ending on March 31. That is down 38.3% from the same period last year, thanks largely to a lack of any major releases from Ubisoft in the past several months. But the publisher still found something to brag about.

The company revealed that 11 of its games have sold more than 10 million copies in the current console cycle.

Ubisoft touts this success as PlayStation 4 and Xbox One begin to wind down, with PlayStation 5 and Xbox Series X set to come out later this year. The company wants to reminds investors of its success on those consoles, which it hopes will carry over to the new generation.

Slow year ahead of the next generation

The list shows the importance of Ubisoft’s major franchises. Four of those games are from the Tom Clancy brand, and three are from Assassin’s Creed. Far Cry and Watch Dogs both have two titles represented. We already know that a new Assassin’s Creed, Valhalla, is coming this fall and will launch on the systems. These franchises will continue to be a big part of the next-gen equation, but they couldn’t help Ubisoft completely stave off a slow fiscal year.

“As expected, our financial results for the full year finished well below our initial expectations,” Frédérick Duguet, Ubisoft chief financial officer, notes in the financial report. Ubisoft had net bookings of about $1.7 billion for its 2019-2020 fiscal year. That number reached $2.2 billion the previous year.

Although Ubisoft had a lack of strong releases during the past several months, largely because the publisher delayed many of its upcoming games after the weak debut of Ghost Recon: Breakpoint, those back catalog titles did give the company some relief, especially as gamers look for something to play during the pandemic.

“However, it is important to note our strong fourth quarter performance,” Duguet continues. “Starting mid-March, the lockdown led to a sharp increase in player engagement worldwide, but even at the beginning of the fourth quarter our operating trends already were higher than expected thanks to our teams’ remarkable execution.”